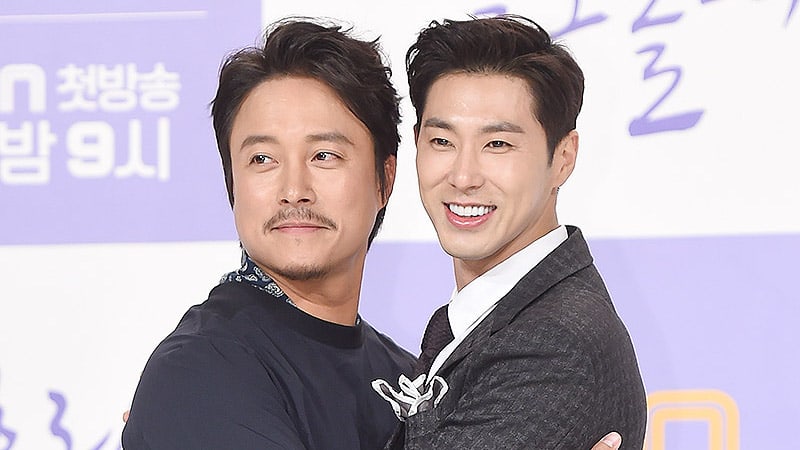 During a press conference held for OCN’s upcoming drama, “Melo Holic,” actor Choi Dae Chul had nothing but the upmost praise for his co-star, TVXQ’s Yunho.

“I can say this with confidence. Yunho is a really good person,” Choi Dae Chul stated.

The actor explained that he came to realize this more as time passed, saying, “I tend to keep my distance when conversing and interacting outside of filming, but [Yunho] is very honest. He also never once overstepped boundaries when expressing himself. He would actually apologize even when it was not his fault. At first, I joked, ‘Did you learn [how to act like this]?'”

Choi Dae Chul also shared how Yunho left a deep impression on him with his passion for acting.

“Even when we would be on the phone, he would first ask, ‘I’m curious. What do you think about acting like this in this scene?’ I also learned a lot from [our interactions],” the actor shared. “Yunho first placed in me a sense of responsibility, and I returned his belief in me with love. It was so fun [working with him]…We became so friendly that I also want to join in the next production Yunho works on.”

Choi Dae Chul added how Yunho had once given him a ticket to a TVXQ concert before, and that he wants to go support the group in person at their Japan concert.

“Melo Holic” is a romantic, fantasy drama about a man with supernatural powers and a woman (Kyung Soo Jin) with a split personality. Check out the trailer below, and catch the premiere when it airs on November 6, at 9 p.m. KST!