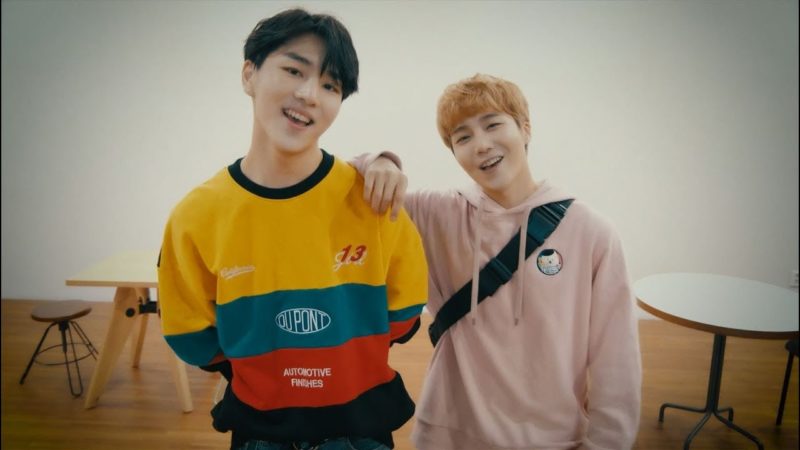 Watch: PENTAGON’s Jinho and Kino Share Beautiful Cover Of Chris Brown’s “With You”

UNIVERSE, It’s that time of the month again! PENTAGON’s Jinho is back with another cover!

At the end of every month, Jinho releases a cover to add to his “Magazine Ho” series. This time, he was joined by fellow member Kino and together, they performed a beautiful cover of Chris Brown’s hit song “With You.”

The two of them take turns singing as they wander around Cube Entertainment’s 20 Space Cafe while sweetly gazing at the camera as if they’re serenading their fans face-to-face. Their actions are well-calculated to match the beat, and they even have a choreography that is perfect for the song. The video ends with Jinho pulling a heart out of his pocket and Kino snatching it from him. Jinho starts to complain when the cafe worker brings them coffee, and they’re all smiles again.

Check out Jinho and Kino’s version of “With You” below!

Meanwhile, Jinho will be appearing in the musical “All Shook Up” with B.A.P’s Daehyun, Son Ho Young, Wheesung, and more.

PENTAGON
Kino
Jinho
How does this article make you feel?