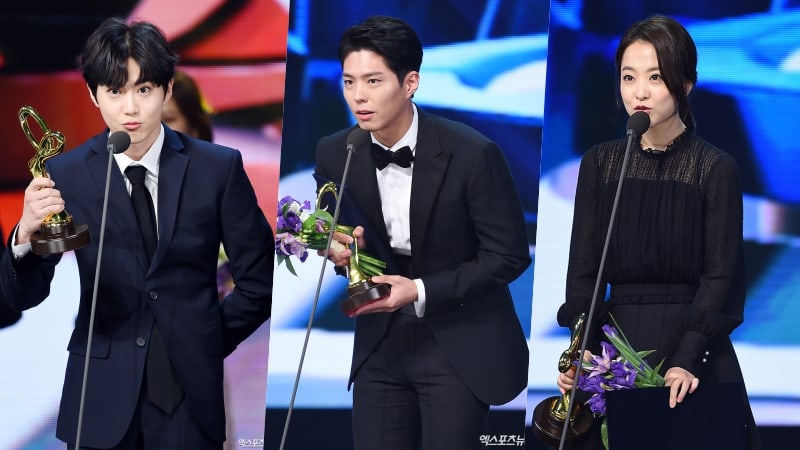 On November 3, the 2017 Korean Popular Culture & Arts Awards were held at the National Theater of Korea in Seoul, where 28 people in the arts received awards.

The previously announced winners included actors such as Park Bo Young and Park Bo Gum, singers such as BTOB and EXO, and comedians such as Lee Kyung Kyu and Kim Mi Hwa. JTBC reporter Jang Sung Gyu and Red Velvet’s Irene MCed the event as winners accepted their awards in person and gave speeches. 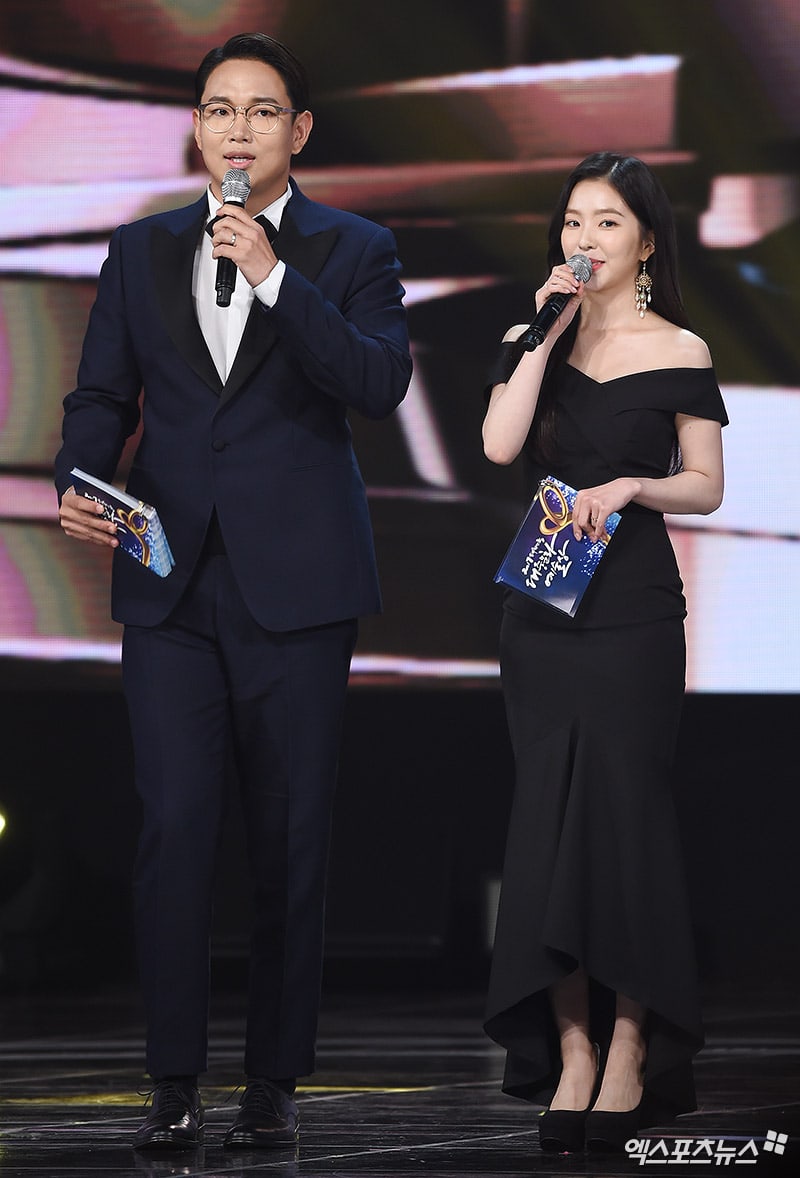 BTOB said, “It is an honor to receive such a valuable award. We will work harder for the development of Korean pop culture and become artists who spread Hallyu around the world.” 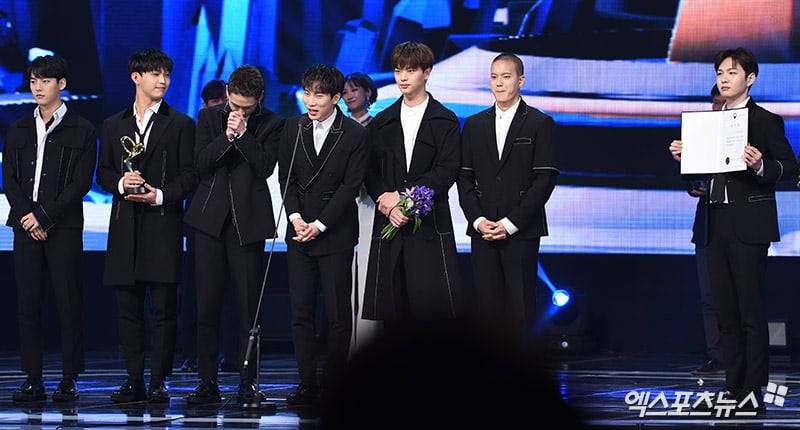 Actor Park Bo Gum stated, “Thank you for inviting me and giving me this honorable award. I will become an actor who can raise the status of Korean culture in the world and convey sincerity through acting.” 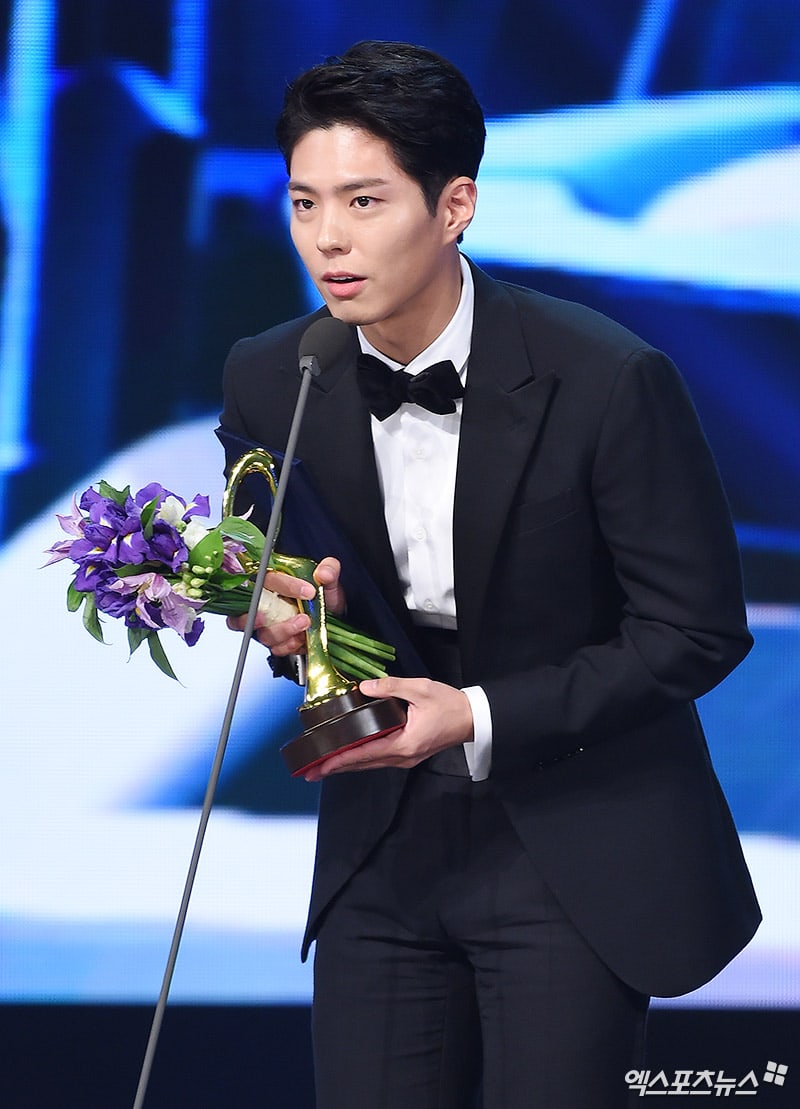 Actress Park Bo Young commented, “Thank you for giving me this big award. I will accept this award with a sense of responsibility. I will follow in the footsteps of my seniors who are working hard in the development of pop culture.” 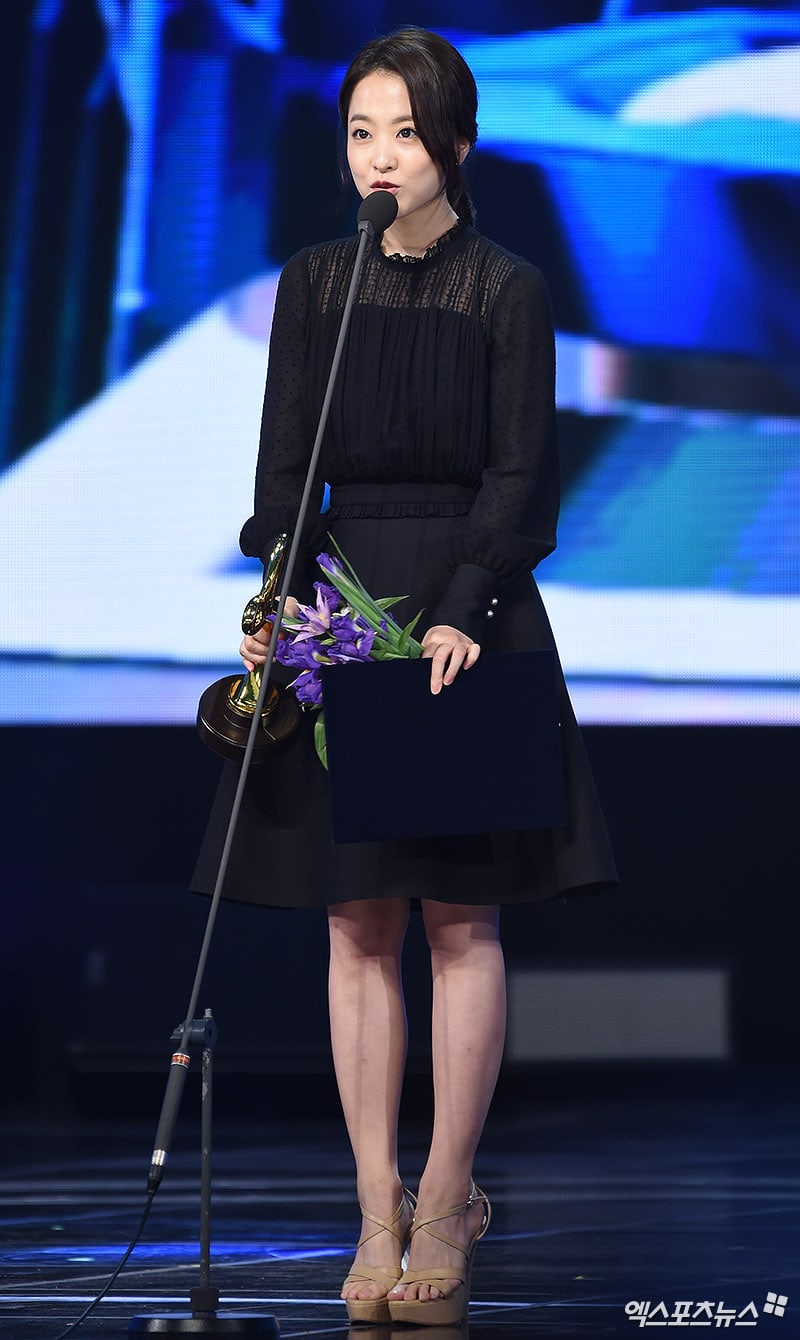 Actor Ji Sung expressed, “I will work hard to be an actor who fits this award.” 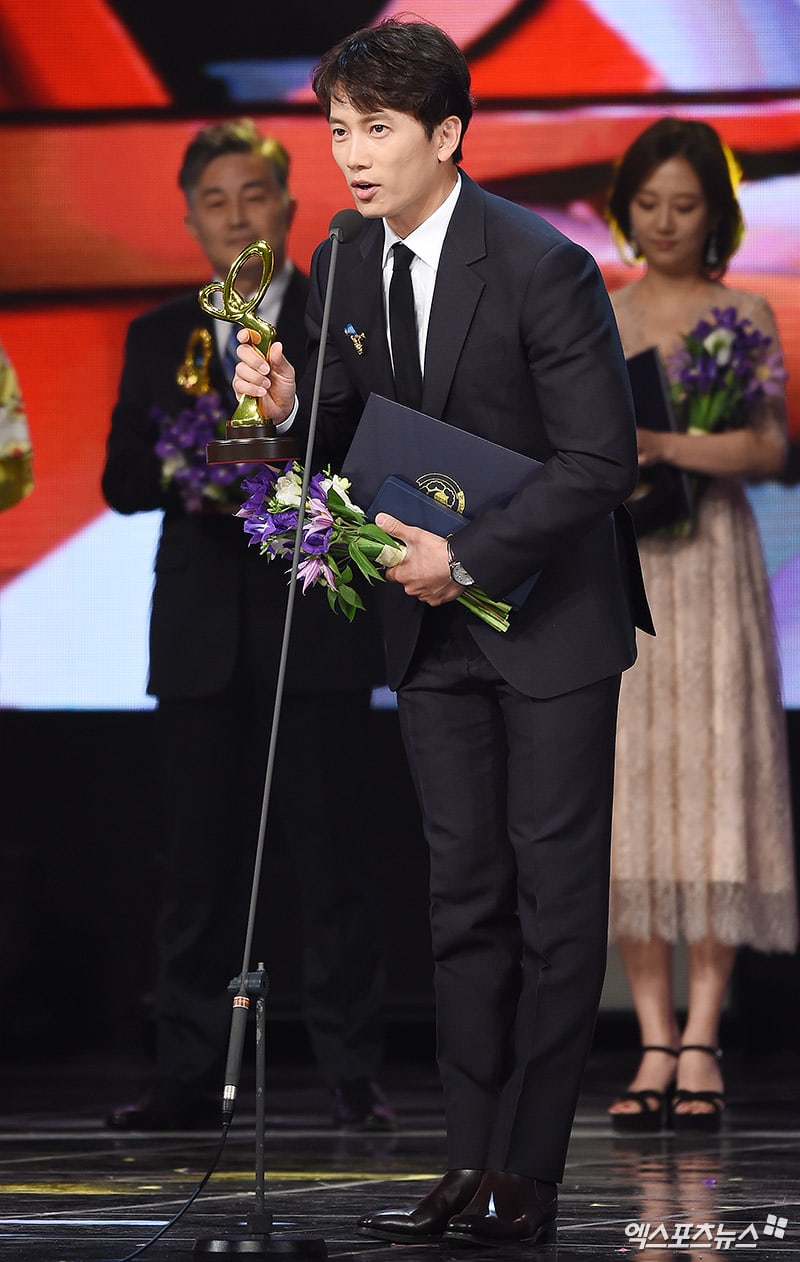 Jinusean’s Sean remarked, “Thank you for this valuable award. I want to thank my wife Jung Hye Young for transforming me from a stone to a diamond,” and later performed with his member Jinu at the ceremony. 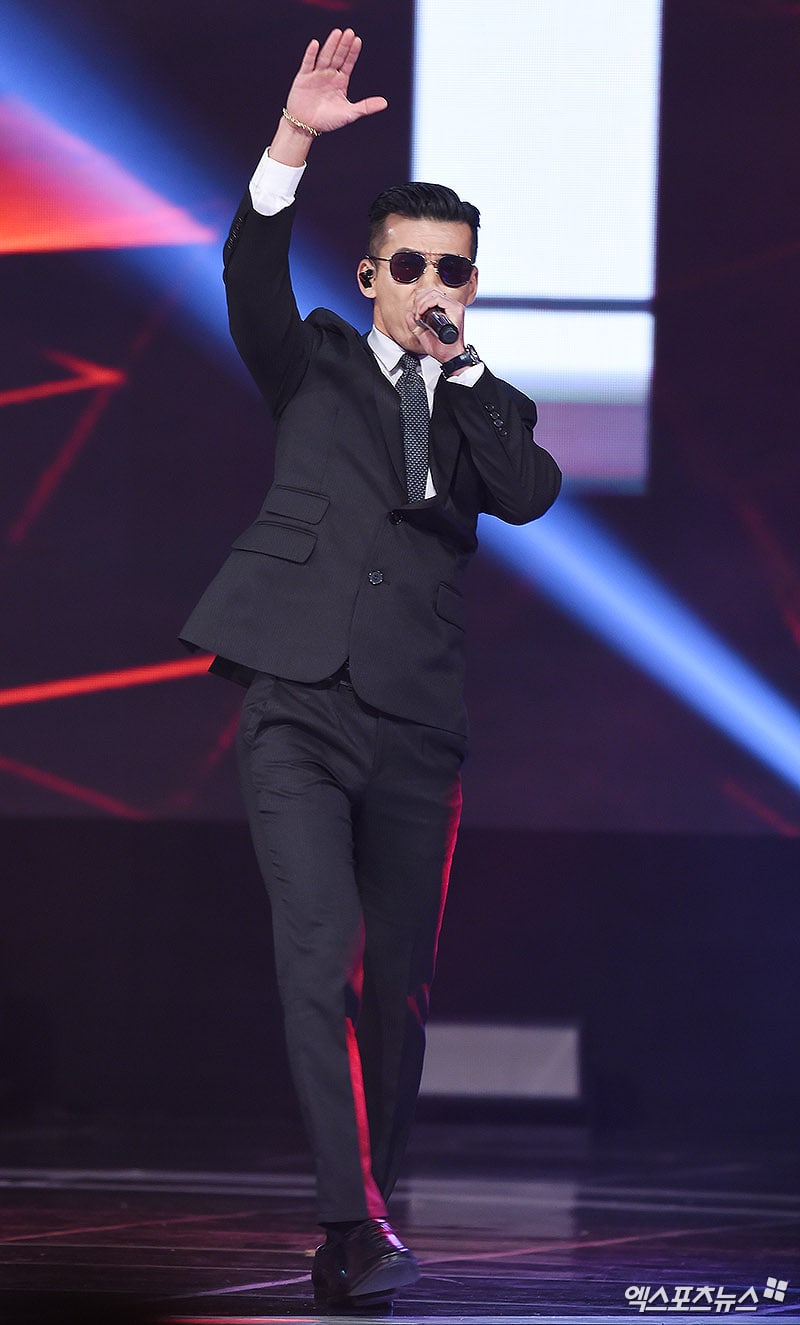 EXO’s leader Suho stated, “We received a big award alongside such brilliant people. I can’t think of a better description than that it’s an honor. It’s such a huge honor…We, EXO, will become singers who inform [the world] about Korea and not just K-pop.” 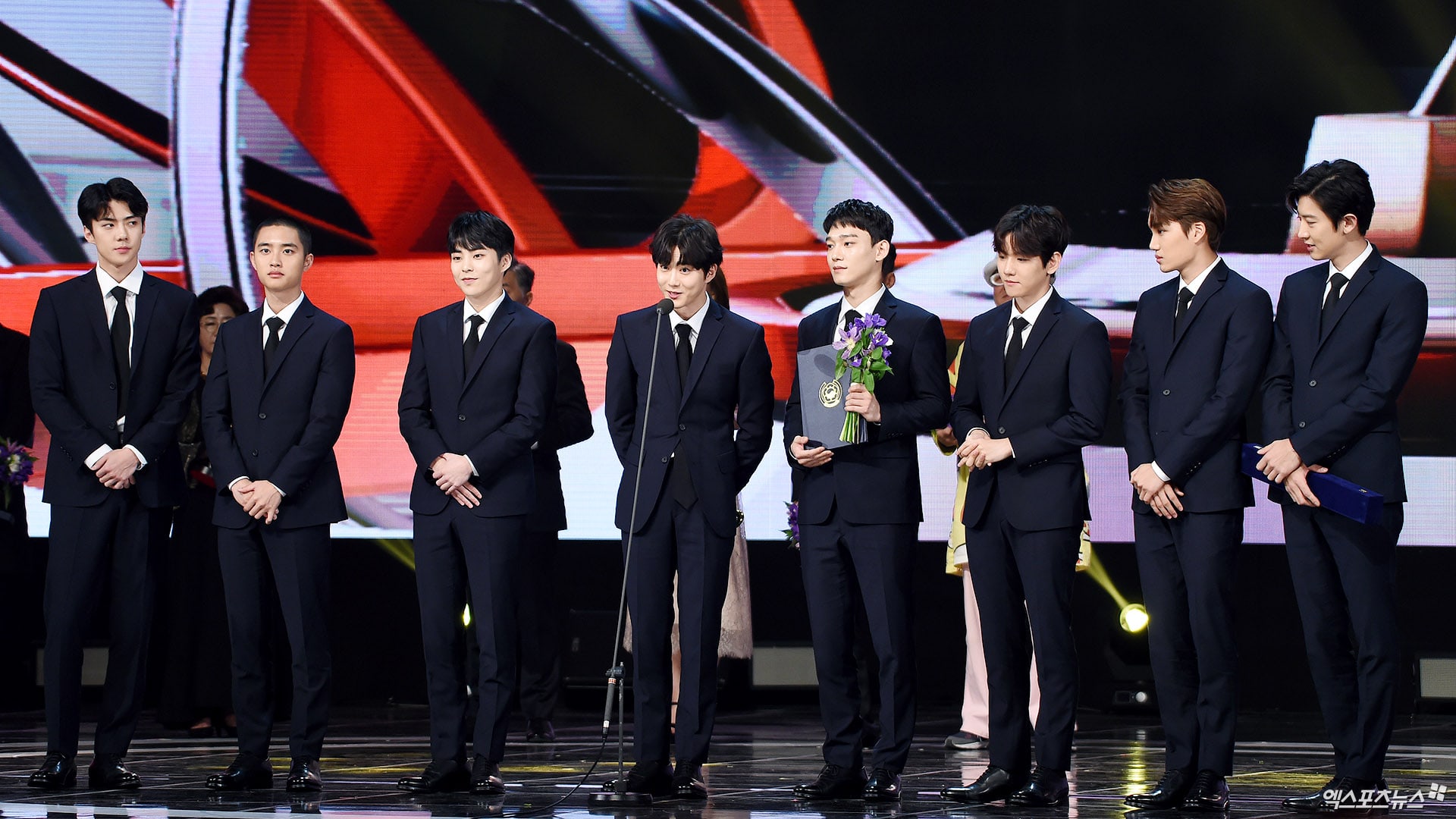 Comedian Kim Mi Hwa said, “[I’m] the comedian who appeared on the news. It’s been awhile since I’ve been on stage, but I’m happy to be on stage after only appearing on the news. I hope everyone who was on the blacklist receives an apology.” 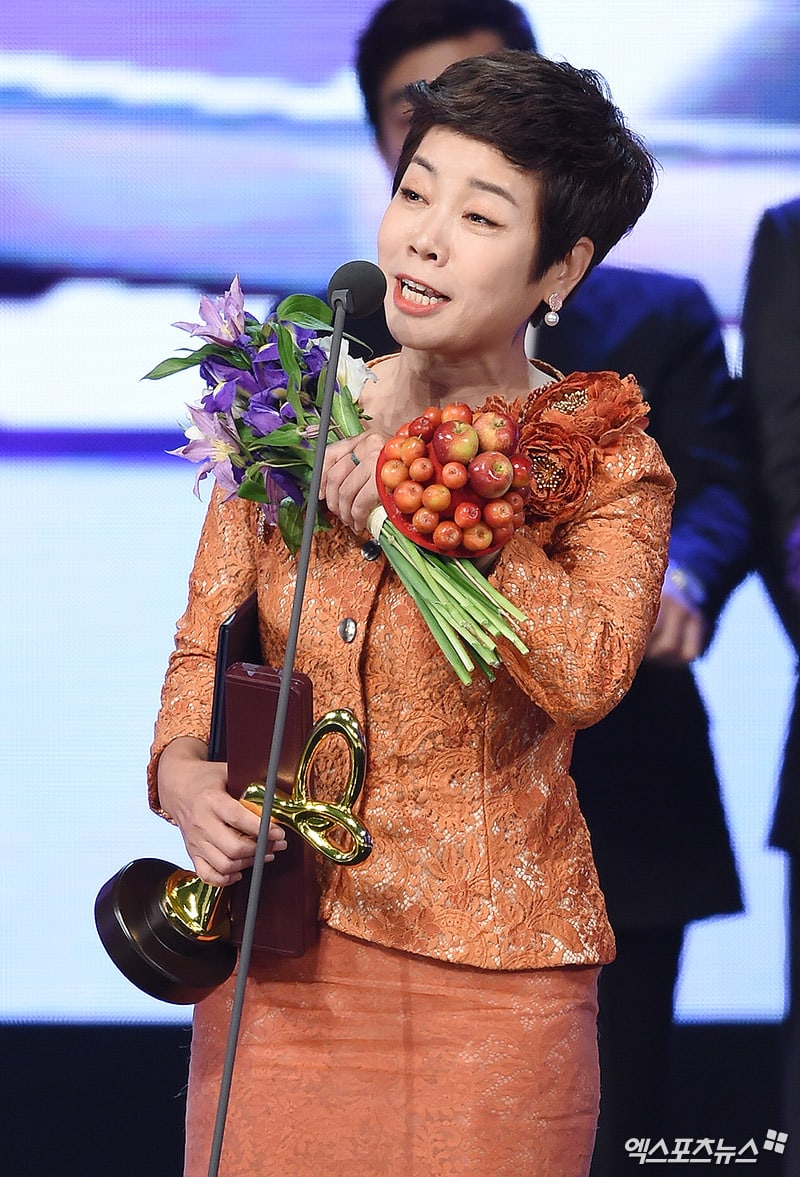 Actor Kim Sang Joong told the audience, “I will take this [award] to mean that rather than [thinking about] the time that has passed, I should use the time ahead of me wisely.” 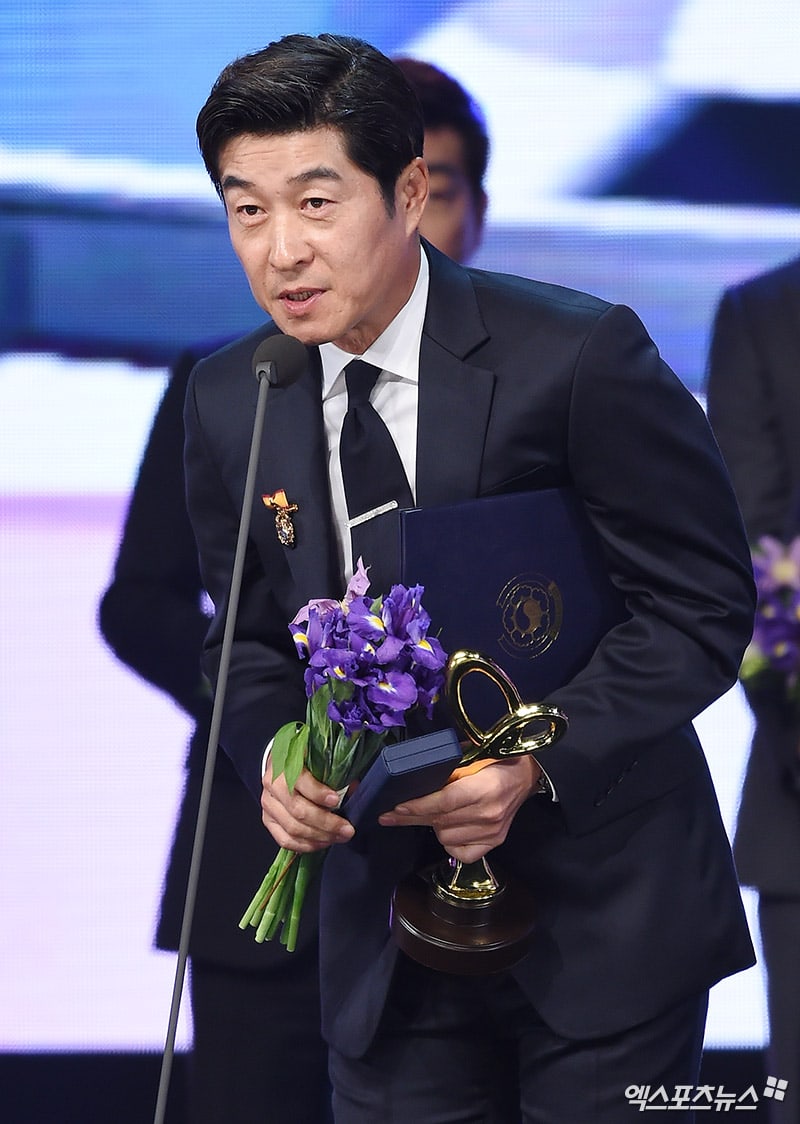 Actor Son Hyun Joo said, “My shoulders are heavy with this big award. I will approach plays, dramas, and films with the same humble mindset next year.” 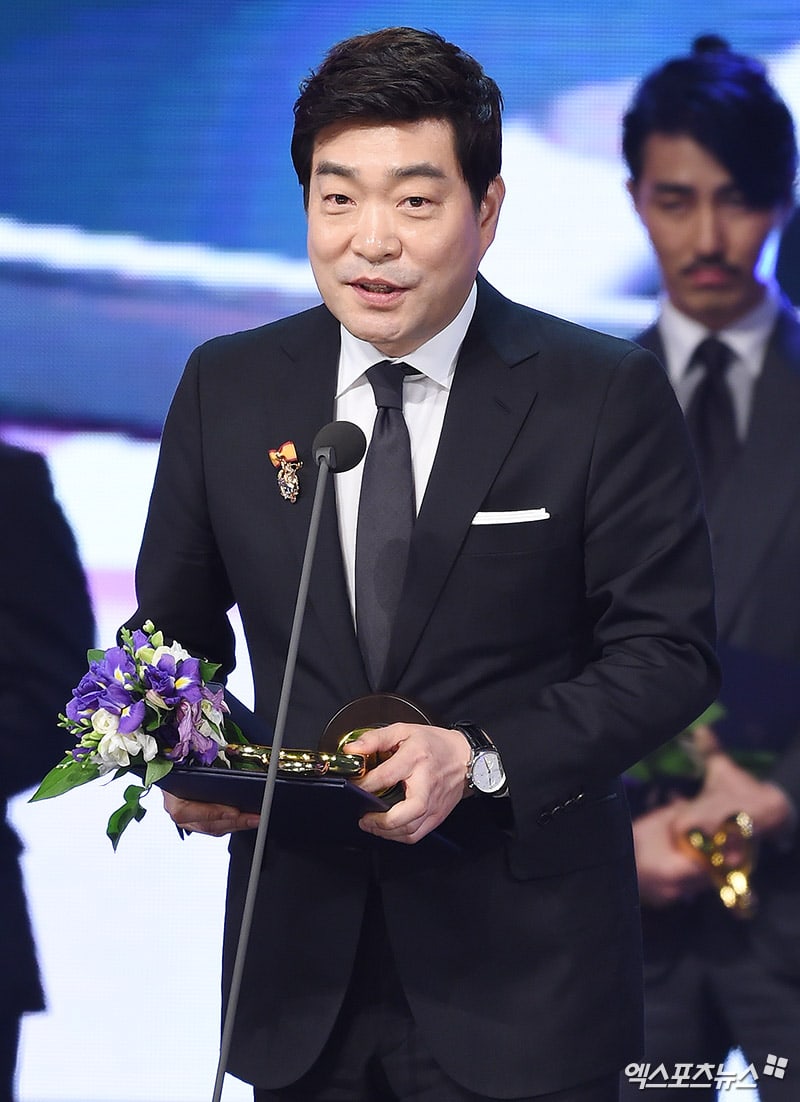 Actor Cha Seung Won remarked, “To receive a big award, you must have qualifications and accomplishments, but I am embarrassed because I don’t feel like I have those. I’m confused with the mix of happiness and sadness these days, but I hope the future is only full of good things.” 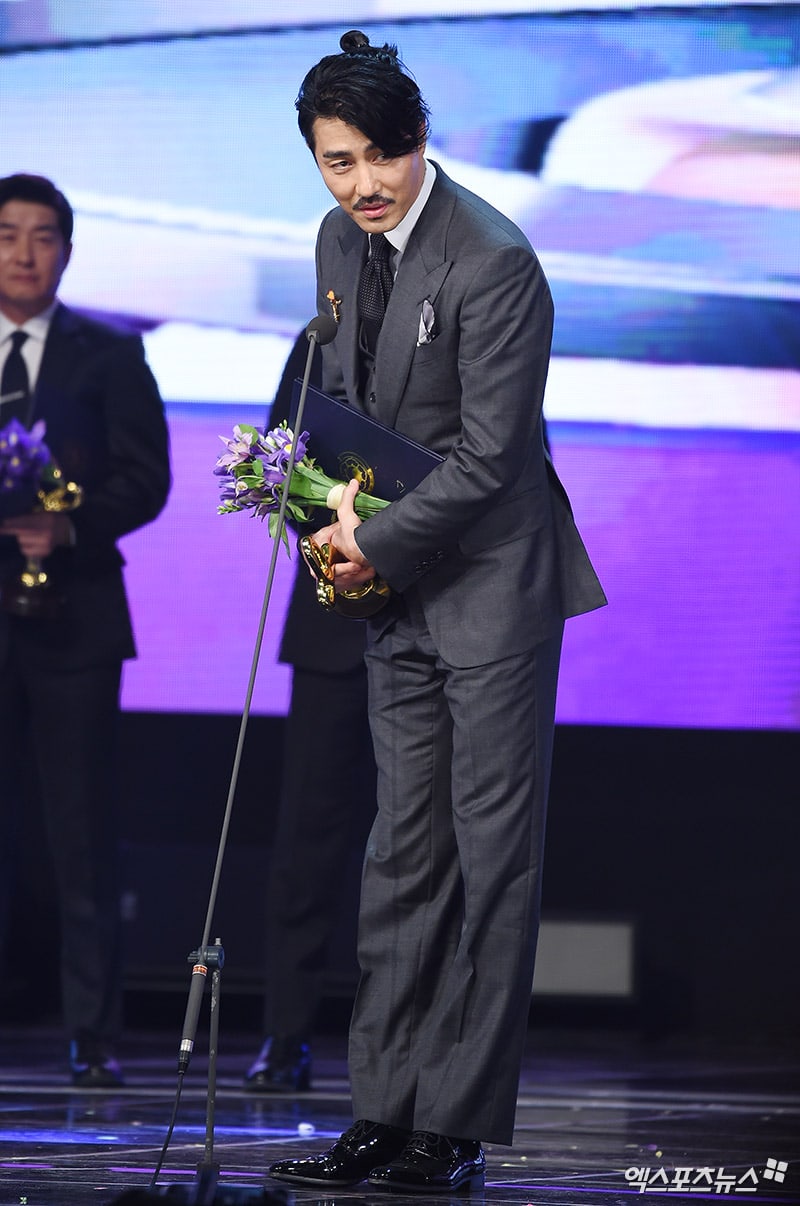 Like the senior comedian that he is, Lee Kyung Kyu jokingly said, “In my fortune this year, there was no mention of an award. I guess my fortune was wrong. I feel the big responsibility of the Popular Culture Award. I will not forget why I started and be the Lee Kyung Kyu who works hard like a rookie. I will not be satisfied with this award and meet you next time at a film festival.” 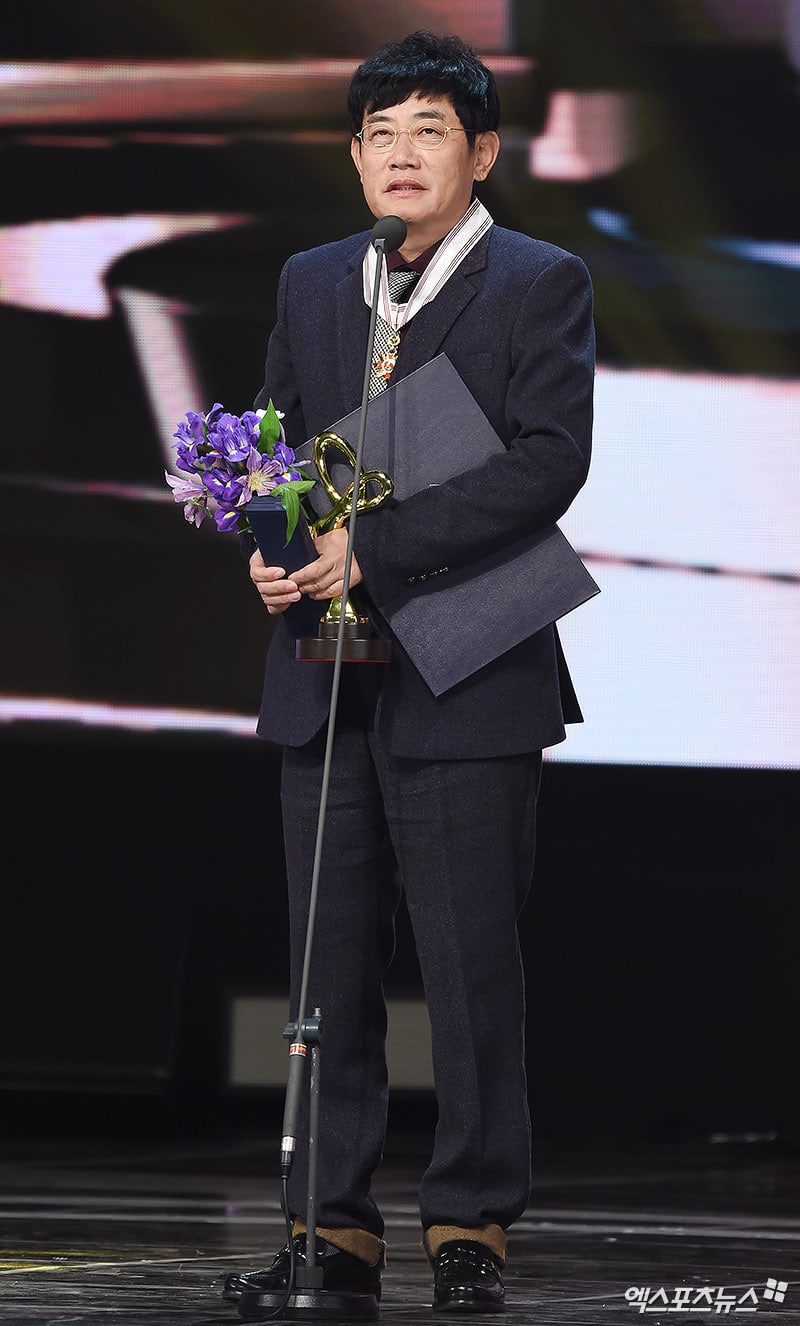 Singer Nam Jin commented, “I am sincerely grateful to those who gave me this big award. I have already become a senior artist. I think the meaning of this award is to take good care of my juniors and seniors, and look after the stagnant music industry.” 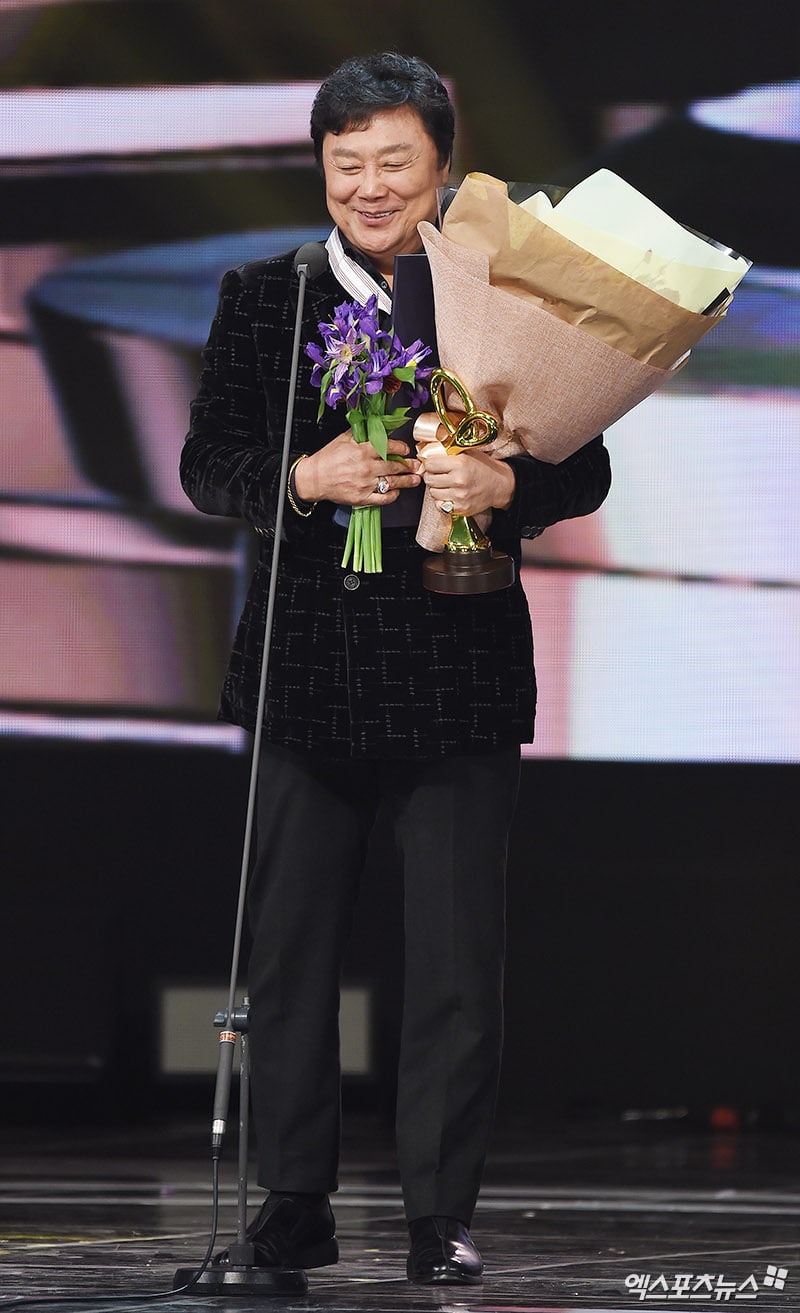 Actor Park Geun Kyung stated, “After fearlessly running on this path, I turned 60 this year. Before I knew it, I created a family and have five grandkids. Someone who is no different than others received this award. Moving forward, I will continue to choose quality and stay devoted.” 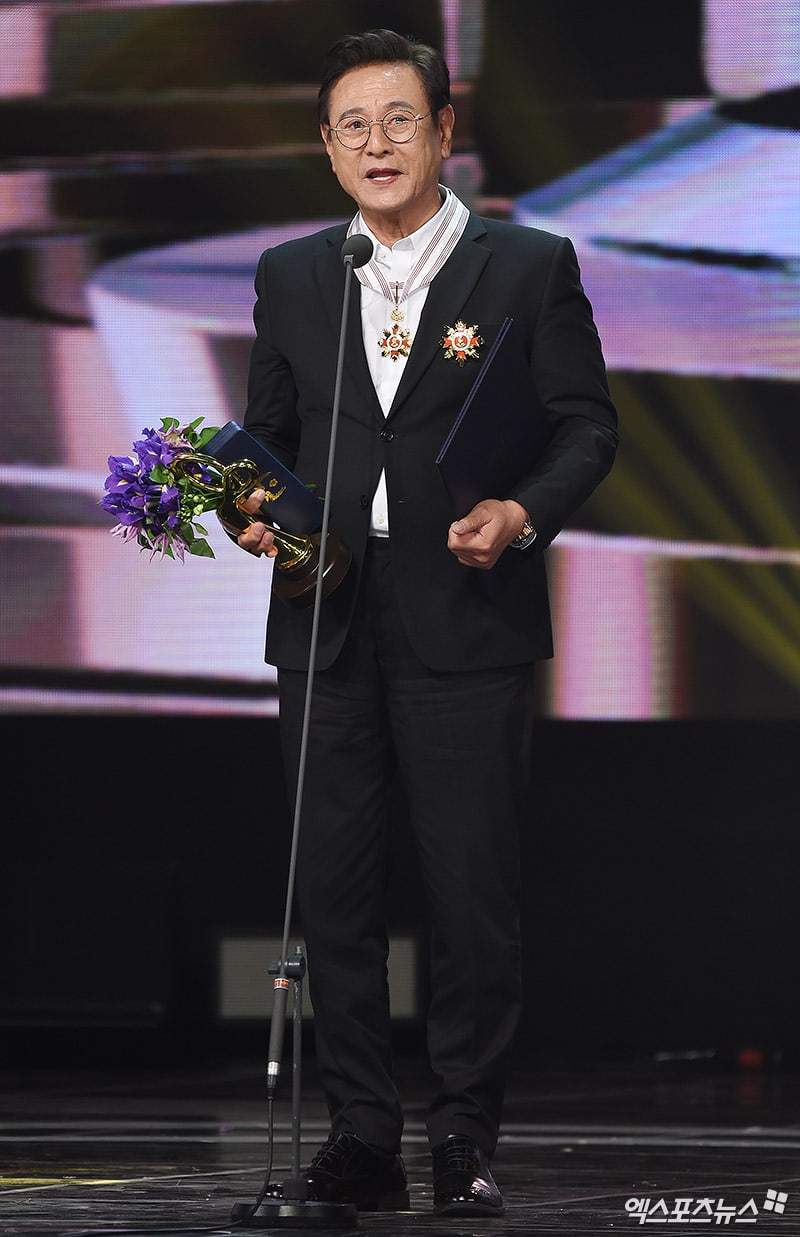 The award ceremony was followed by special performances by BTOB, EXO, Nam Jin, Jang Yoon Jung, and Jinusean. Congratulations to all of the winners!