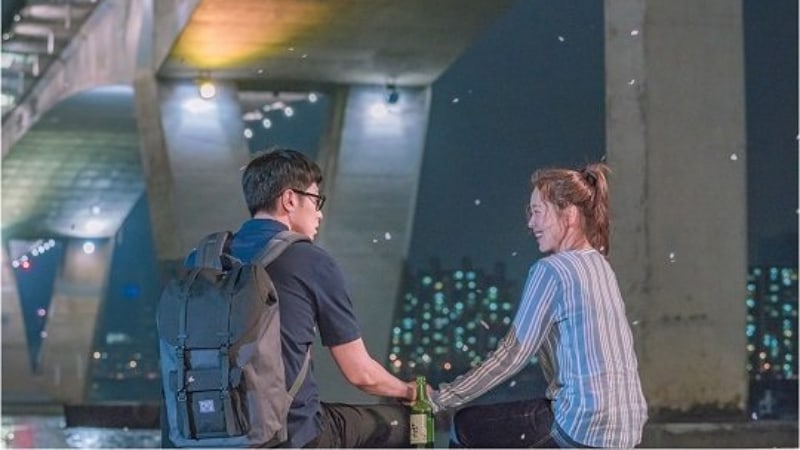 In the pictures, Yunho and Kyung Soo Jin are sitting by the Han River at night with cherry blossoms flying in the air. Yunho is wearing glasses with a big backpack on his back, while Kyung Soo Jin is wearing a striped blouse with slightly disheveled hair. With Seoul’s city lights as their background, the two are holding hands with a soju bottle between them. 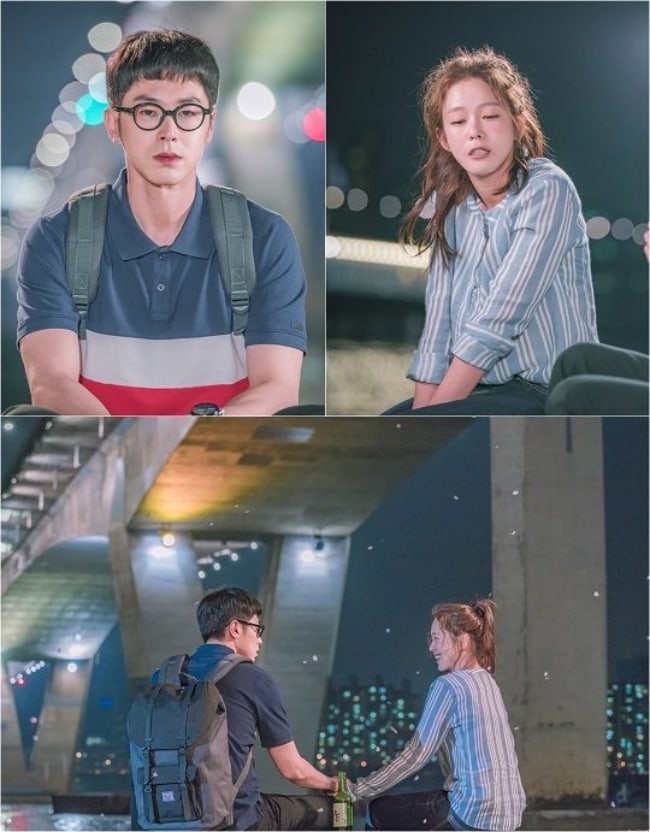 The first encounter of the two was filmed in the Han River Park in May when cherry blossoms were in full bloom. The comical scene where Yunho remains completely serious as he deals with drunk Kyung Soo Jin is expected to make the viewers laugh as even the staff couldn’t hide their laughter while filming it. While shooting, Kyung Soo Jin was not afraid to act comically, even adding ad libs of her own, and Yunho managed to keep a straight face despite her hilarious acting.

The romantic yet comical scene with the Han River as its background will especially be more realistic and romantic as it was filmed with real cherry blossoms, not computer graphics.

Producing Director (PD) Kim Dong Hee shared, “Yunho and Kyung Soo Jin’s drunk first meeting is comical, but it also has every element of a romantic comedy.” He explained that each character’s personality and mysterious secrets will be revealed through their conversation.

“Melo Holic” is set to premiere on November 6. Watch the trailer below!