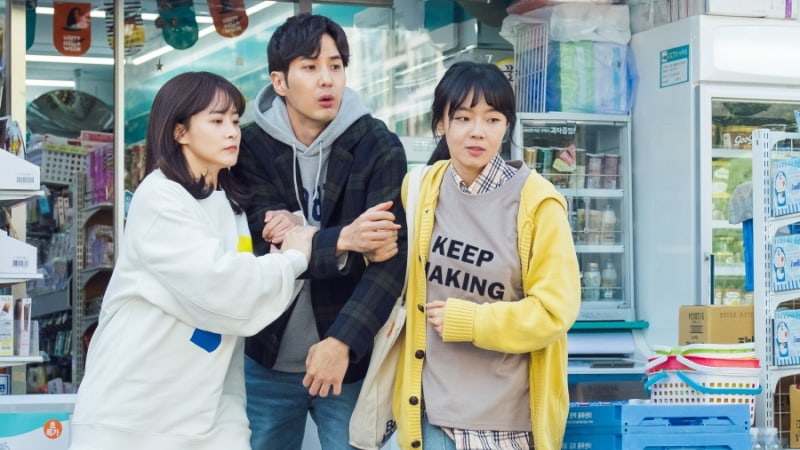 In the drama, Kim Ji Suk plays the role of professional investor Gong Ji Won who incidentally comes to live with his first love Sa Jin Jin (Han Ye Seul). Ryu Hyun Kyung and Lee Sang Hee each respectively play the part of stewardess Han Ah Reum and lawyer Jang Young Shim, who have been friends with Sa Jin Jin for 35 years. Although Sa Jin Jin is a top celebrity now, they still remain as her closest friends.

The released stills show the two women dragging away Gong Ji Won when they become suspicious of his relationship with Sa Jin Jin. After spying on him, they catch him coming out of a convenience store and make him sit down on a bench at a nearby park. Han Ah Reum and Jang Young Shim immediately ask Gong Ji Won, “You like Sa Jin Jin, right?” When Gong Ji Won replies that they shouldn’t imagine things, they retort, “You shouldn’t lie.” The banter between Gong Ji Won and the two friends who relentlessly interrogate him is expected to be both exciting and comical. 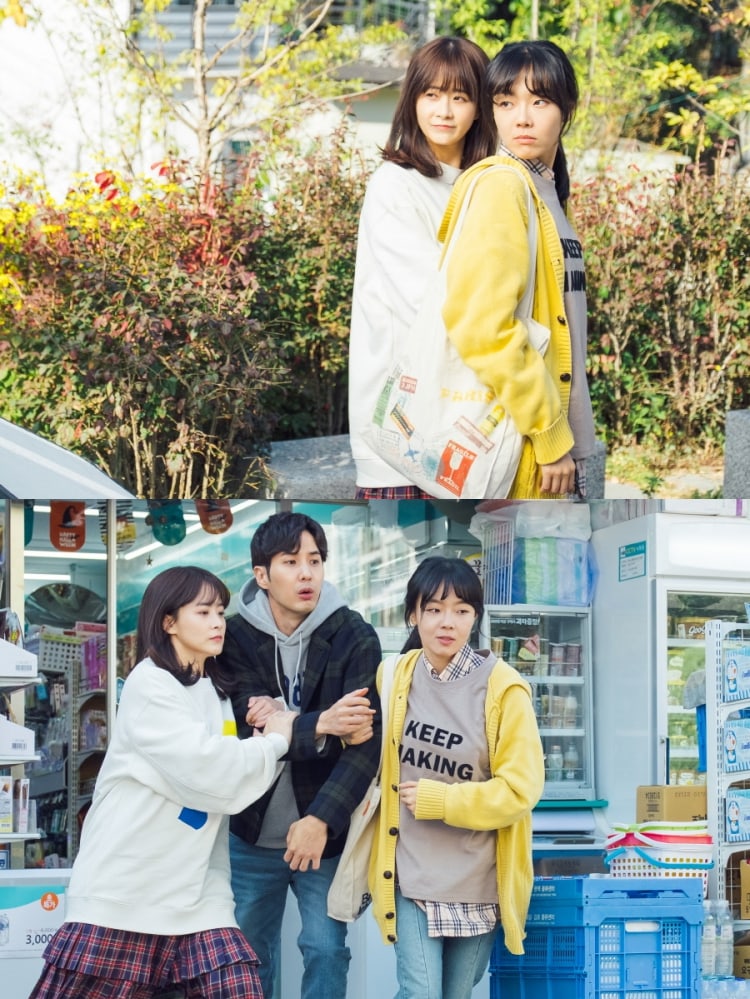 In the pictures, Ryu Hyun Kyung and Lee Sang Hee are looking closely at Kim Ji Suk as if they know everything. They are said to have made the staff members laugh with their synchronized acting. Kim Ji Suk, on the other hand, displayed detailed acting that perfectly conveyed the mixed feelings of Gong Ji Won. While acting defensive in disbelief at the questions by the two women, he sometimes appeared to be confused and unable to deny his feelings. 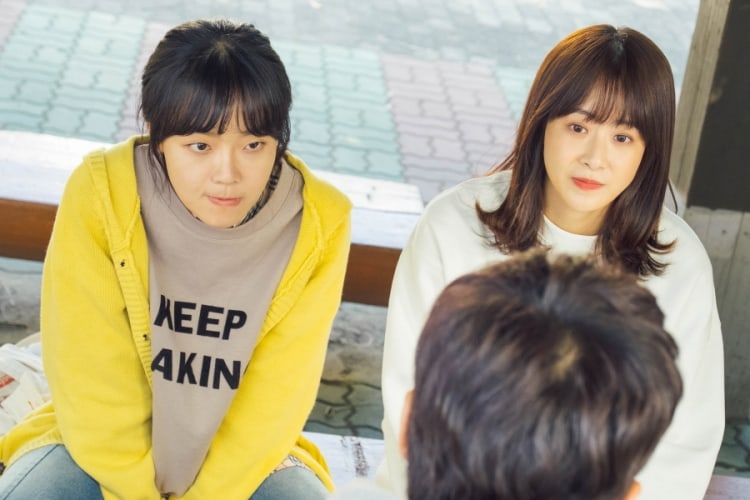 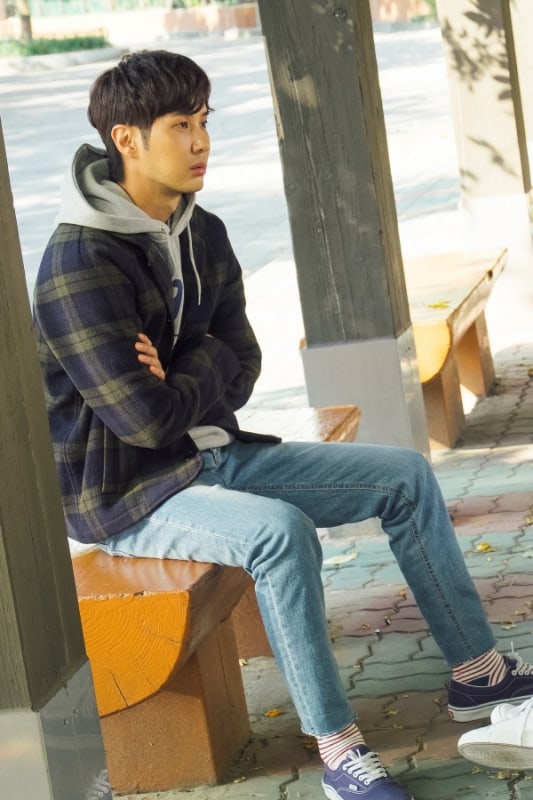 The production company Huayi Brothers Korea explained, “This scene is a very important one where Han Ah Reum and Jang Young Shim, who can read Sa Jin Jin’s mind through a gaze alone, ask Gong Ji Won about his true feelings while hinting at their intentions to help him. The characters’ fast-changing expressions and the conversation that shifts between being comical and serious will be refreshingly fun to watch.”