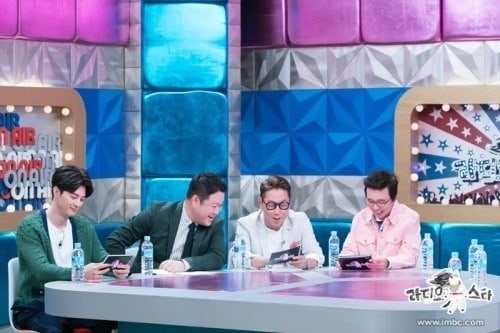 “Radio Star” Responds To Reports That It Will Resume Filming

On November 8, an industry source reported that “Radio Star” is looking to cast guests and establish a schedule in order to make their return to broadcasting. Reportedly, the filming date has been set for November 15.

Later on the same day, a source from “Radio Star” told HeraldPOP, “It is correct that a filming date has been set for November 15, but it is a variable schedule subject to canceling depending on the situation. If the strike goals of the union are met, then filming will go ahead as planned, but return to broadcasts will depend on the official end announcement of the union’s strike.”

Several shows have been affected by the strike at MBC, including the drama “20th Century Boy And Girl” and many variety shows such as “Radio Star,” “Infinite Challenge,” “King of Masked Singer,” and “I Live Alone.”

As previously reported, “Infinite Challenge” has already filmed for the pre-arranged 2018 Pyeongchang Olympics torch relay, while “I Live Alone” has stated that they have a tentative, but not concrete, filming schedule in place should they resume broadcasting. “Section TV Entertainment Relay” will also reportedly resume filming on November 18 after confirming guest appearances and schedules.

Meanwhile, the board of directors’ meeting about whether MBC’s Kim Jang Gyum should resign has been pushed back to November 10. The meeting was supposed to take place today, but MBC claimed that severe protests from the union prevented Kim from attending.