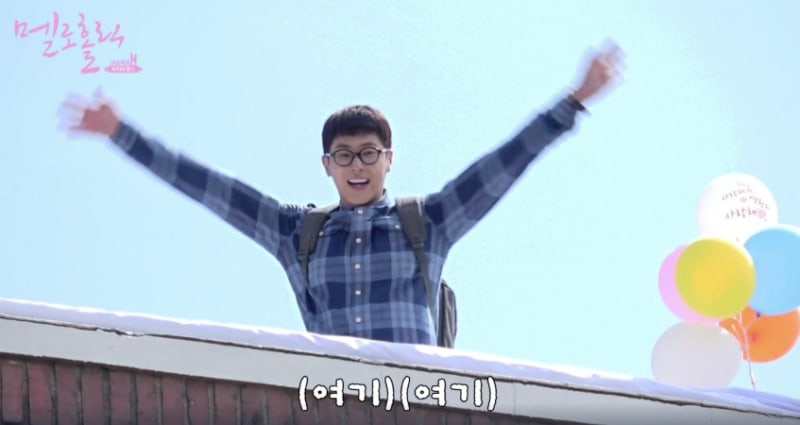 TVXQ’s Yunho is adorable in a newly released clip from the set of “Melo Holic”!

The behind-the-scenes video from the drama shows Yunho in character as the young Eun Ho at school, before he develops the supernatural powers that turn him into a slick pick-up artist. Looking every bit the endearing nerd, Yunho throws himself into his acting, giving viewers some secondhand embarrassment through Eun Ho’s passionate, cheesy confession to Seol Ah, the girl he loves.

Suddenly, though, in the midst of declaring his love for Seol Ah, Yunho calls out the name “Ye Ri” instead—as in Ye Ri, the female protagonist played by Kyung Soo Jin, whom Eun Ho hasn’t yet met in the drama!

Later in the clip, Yunho also reveals the public place where he used to wake up after a heavy night of drinking in real life.

To find out where that is—and to watch behind-the-scenes footage of Eun Ho and Ye Ri’s “meet cute”—check out the video below!

“Melo Holic” premiered earlier this week, with new episodes airing on Mondays and Tuesdays at 9 p.m. KST. Watch the first episode below!