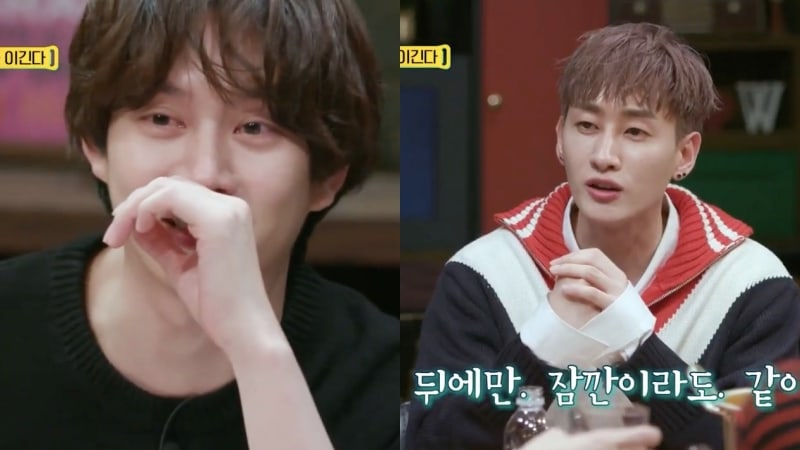 Super Junior had an emotional talk on the show “Life Bar” about Kim Heechul’s health concerns and how they decided together to approach the issue for their comeback.

During the November 9 episode of “Life Bar,” Eunhyuk mentioned the time that Kim Heechul (who is a regular cast member) appeared on the show while wearing sunglasses. He had explained that he was hiding his eyes because he’d been crying over the pain he felt after practicing choreography for Super Junior’s comeback.

Eunhyuk said in the latest episode, “I didn’t know that he had cried. I found out that he’d cried through an article after the show aired. Since I’m not him, I don’t know how much pain he’s in. There are even some times when I forget, because he’s so playful and even more upbeat than people who are completely fine.”

Eunhyuk continued, “Once he said so, I realized that I needed to take more care about that. Honestly, I was sorry about it.”

Kim Heechul appeared to be getting emotional as he replied, “There’s no reason to be sorry!”

“I felt sorry to even say, ‘Still, it would be good if you could do it with us even if it’s just at the end,’” said Eunhyuk. 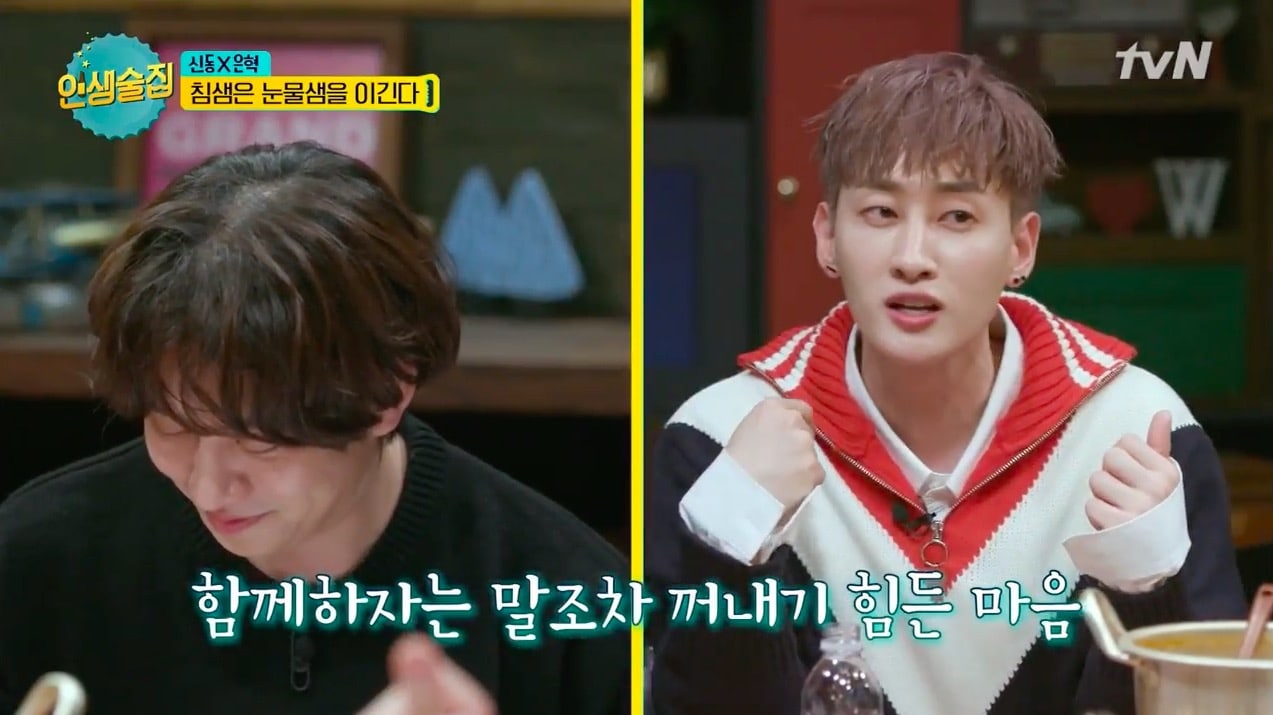 Kim Heechul replied that he felt sorry to the other members for having to ask them to put him at the end because of his leg. “Because of my pride, I couldn’t tell them that I was in pain,” he said. “They’d always been changing the choreography because of me.”

Kim Heechul then teared up as he said he was truly very apologetic towards them, and said he hates getting emotional on variety shows.

“I said to Eunhyuk, ‘Hey, I think I won’t be able to do this. I don’t want us to be denigrated because of me, and I’ll promote Super Junior in other places, so I want to stop doing this,” said Kim Heechul. 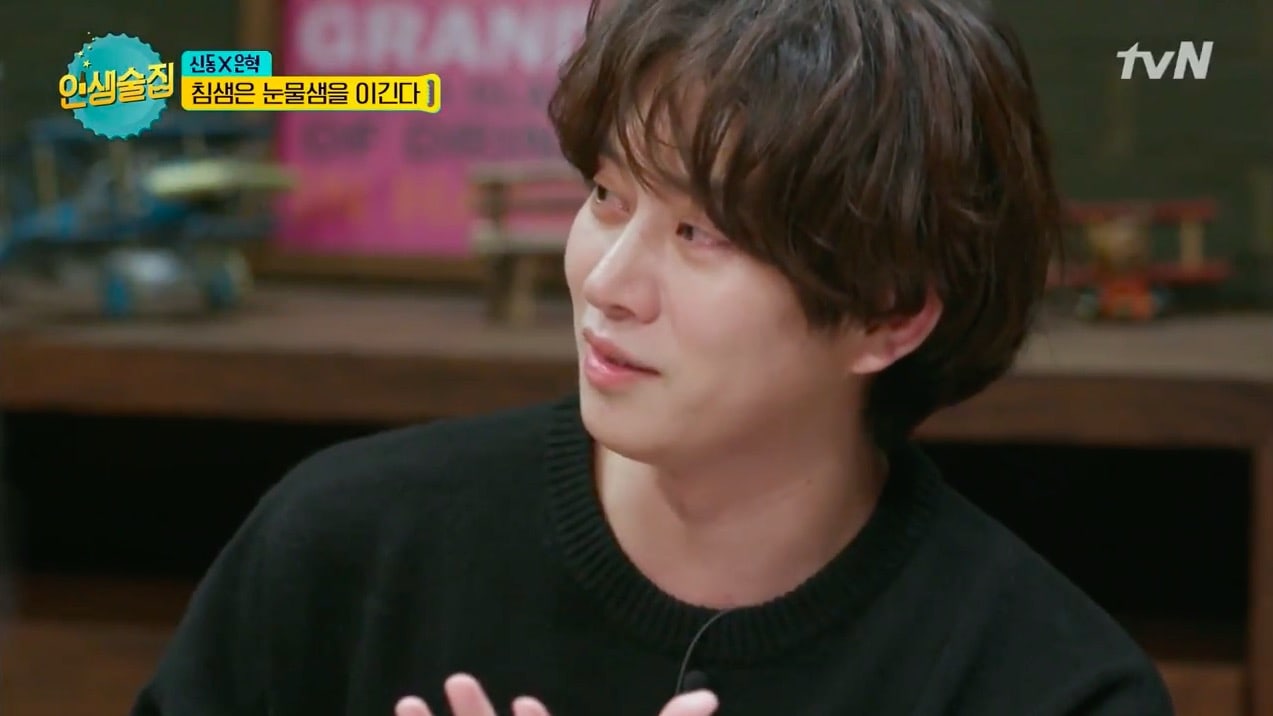 He then continued, “But Eunhyuk said to me in this cool way while a little drunk, ‘It’s alright, you can just come in at the end.’” The guys then laughed at how Kim Heechul was doing an impression of Eunhyuk while drunk to try to lessen the emotional atmosphere, as Kim Heechul wiped his tears before telling Eunhyuk to take over.

Eunhyuk said, “There are a lot of our members who aren’t able to be with us this time, so it’s good if even one more of us can take part, and also the idea of Heechul not performing with us even though he’s a member is so weird.”

“I thought ‘Of course he has to do it with us,'” said Eunhyuk. “But when he said he was in so much pain, I wondered, ‘Was I only thinking about Super Junior’s performances?’ So I said to him, ‘It would be good if you can join us even at the end, even just for a small part. I want to do it with you. I want to perform with you.’”

Kim Heechul then reached out to clink his glass with Eunhyuk’s. 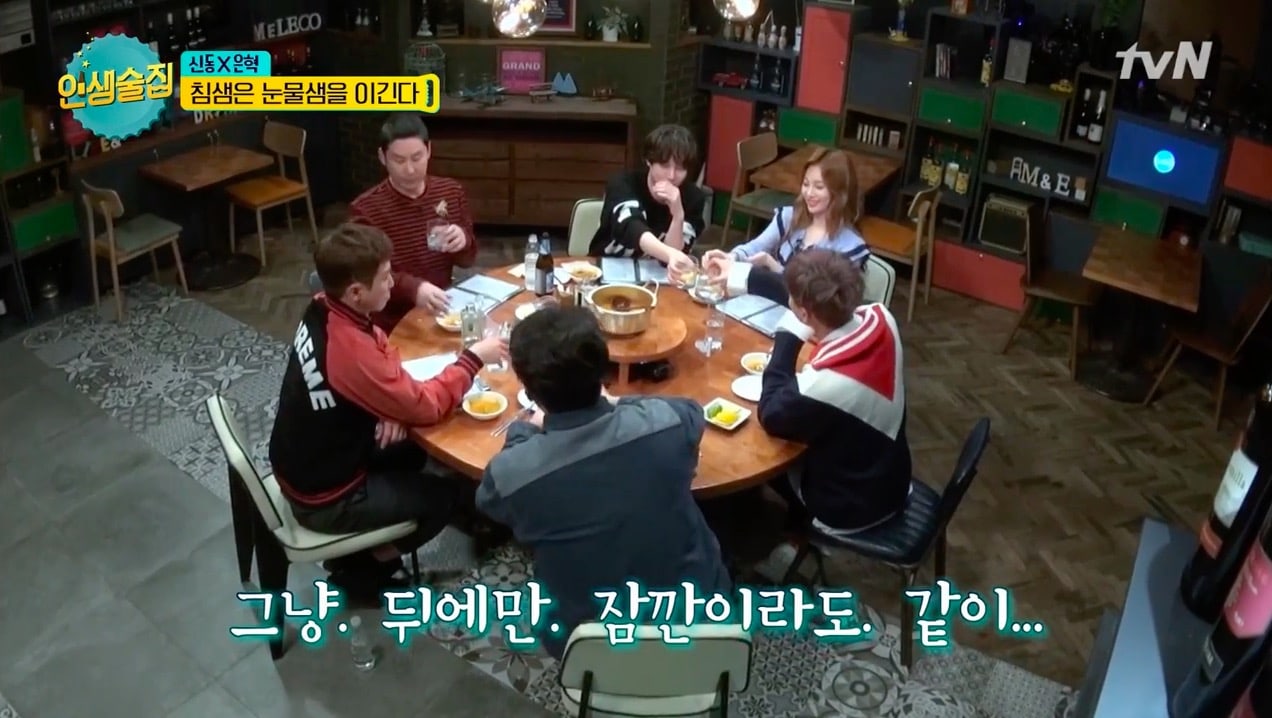 Super Junior recently made a comeback with their new album “PLAY,” which features the title track “Black Suit.” The group performed the song for the first time on television on “M!Countdown” on November 9.