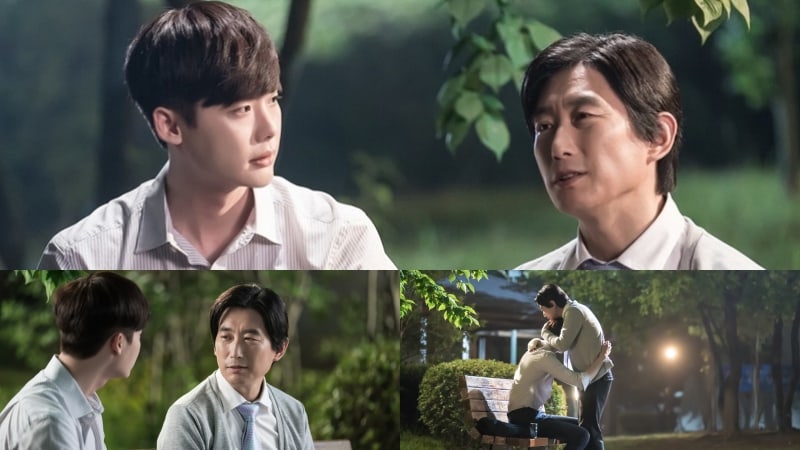 With the finale this week, “While You Were Sleeping” has released new stills showing Lee Jong Suk who plays prosecutor Jung Jae Chan crying after discovering the identity of Kim Won Hae who plays criminal investigator Choi Dam Dong.

Jae Chan finds out Dam Dong is the brother of the soldier who killed his father, and also the police officer who rescued him. The touching reunion leads to Jae Chan crying upon realizing the identity of Dam Dong. 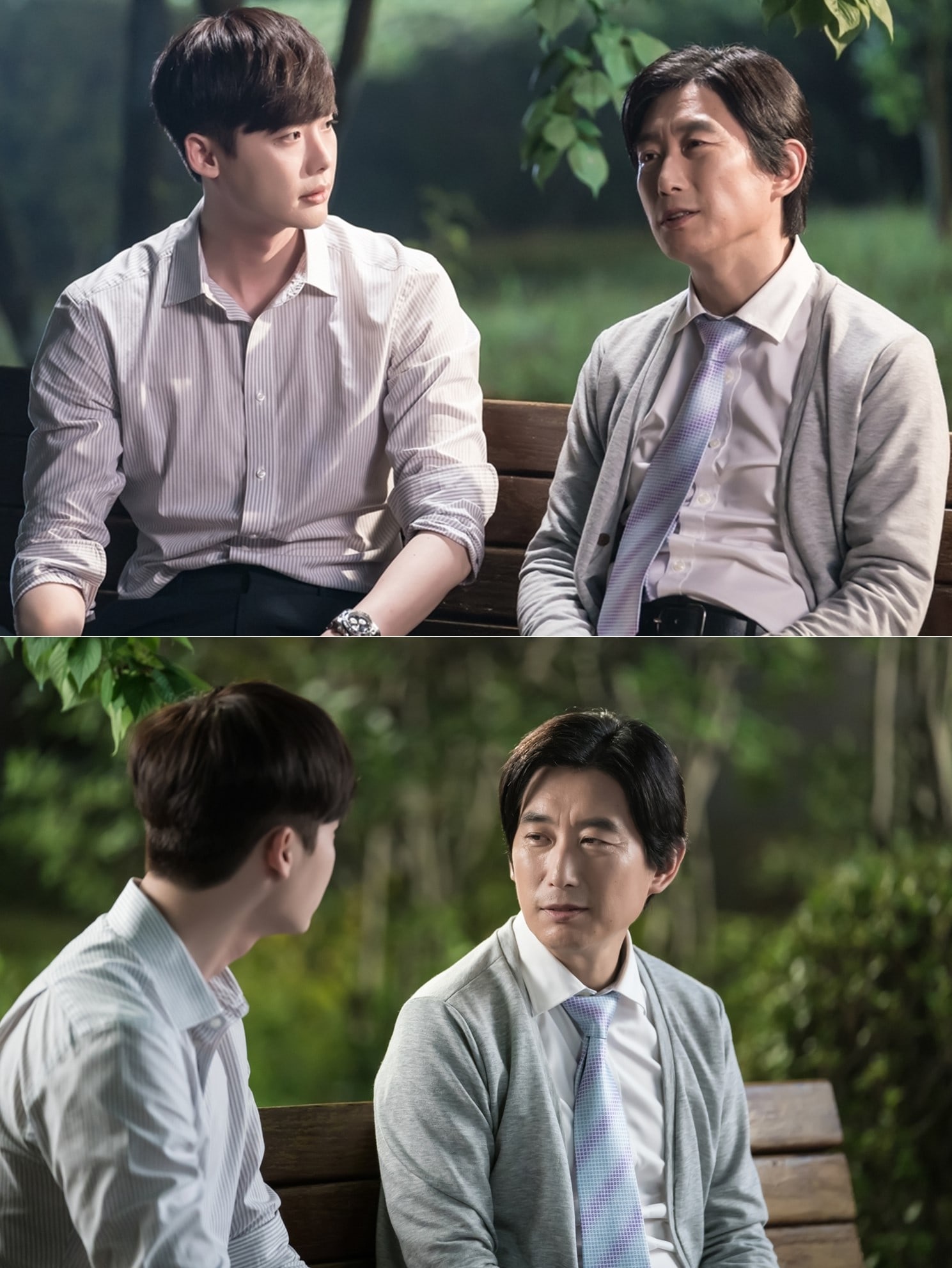 In the previous episode, there was a plot twist as Dam Dong was the one who rescued Jae Chan and Nam Hong Joo. Dam Dong had a dream where the two died in a fire, so he ran and saved the two. He had tears in his eyes as he stated how grateful he was that Jae Chan and Hong Joo were alive.

However, Jae Chan and Hong Joo questioned how Dam Dong knew where they were, and were not yet aware of his identity. According to producers, Jae Chan will uncover the truth behind Dam Dong’s identity in this week’s episode, resulting in a heartbreaking reunion.

In the stills, you can see the change in the relationship between Jae Chan and Dam Dong. Jae Chan gazes at Dam Dong with tears in his eyes, while Dam Dong affectionately stares back at Jae Chan. 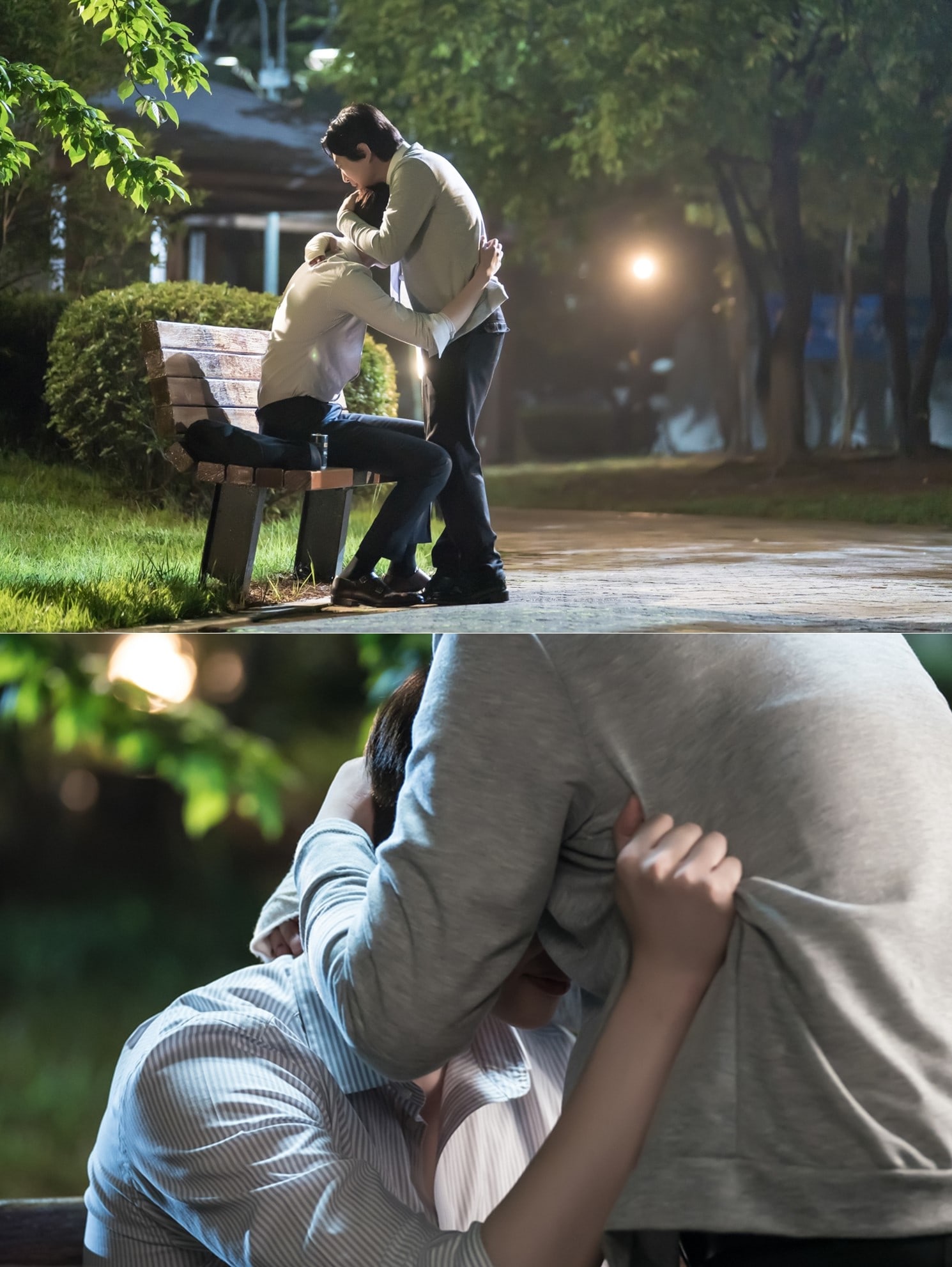 A source revealed, “After 13 years, Jae Chan and Dam Dong meet as how they remember each other in their memories,” adding “Please check out the touching reunion between the two in this week’s broadcast.”

If you haven’t already, catch up by watching the first episode below!

Lee Jong Suk
Kim Won Hae
While You Were Sleeping
How does this article make you feel?