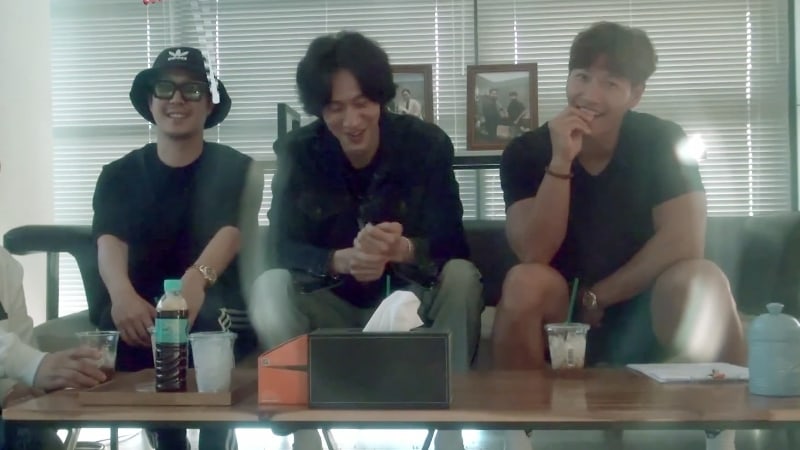 On the November 14 broadcast of NaverTV’s “Big Picture,” it was revealed just how hard Haha and Kim Jong Kook worked to come up with ideas about how to fool their friend Lee Kwang Soo.

Haha, Kim Jong Kook, and Lee Kwang Soo watched the footage from Haha and Kim Jong Kook’s meeting with the production staff of “Big Picture.” To come up with hidden prank ideas for Lee Kwang Soo, the staff first suggested an episode of “Haha and Byul’s Love and War” where the married couple will get into a fake fight after Byul “finds out” about Haha’s made-up affair.

A devoted father and husband, Haha thought long and hard about this idea then said, “I’m mostly worried because I’m a really family-oriented man, but I don’t want people to think that [I’m actually having an affair] based on my outer appearance.” His wife Byul later came to the meeting and contributed prank ideas.

They added details like Kim Jong Kook’s fake girlfriend hitting on Lee Kwang Soo and asking him for money to see how he would react for the hidden camera prank.

Do you think Lee Kwang Soo would have fallen for any of these pranks?