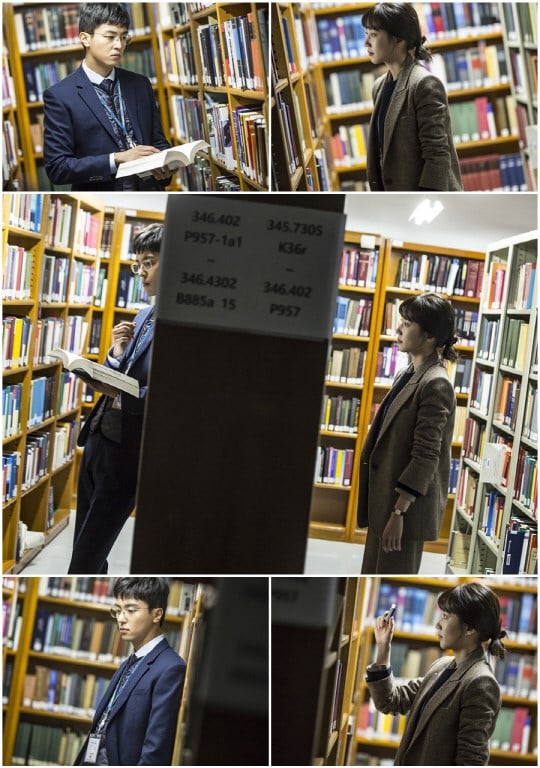 The two actors appear to be having a silent stand-off among some spooky bookshelves!

In new stills released from the drama, the two actors are standing on opposite sides of a bookshelf in the Seoul Central District Court. It appears that Park Eun Bin is observing Yeon Woo Jin from her side, and that he is aware of her presence, though he is holding a book open in his hand. Since the title “Judge vs. Judge” comes from their relationship, this scene may hold the key to their first impactful encounter in the drama.

The scene was filmed on November 5 at a university in Seoul, with the two actors rehearsing privately as the staff moved equipment. They read the script together and checked over their lines together again and again in order to perfect the scene.

A source from the production staff said, “Park Eun Bin and Yeon Woo Jin are forming their characters from detailed thought on everything from pronunciation, vocal tone, and pattern of speech. It’s a unique place to meet, a district court library, but their chemistry will also be a key point of the drama.”

“Judge vs. Judge” will premiere after the end of “While You Were Sleeping” on November 22 at 10 p.m. KST.