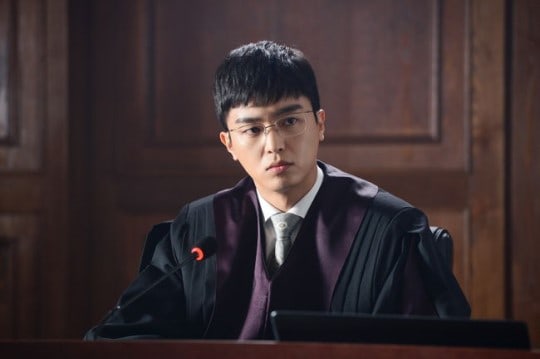 Actor Yeon Woo Jin is the lead in the new upcoming Wednesday-Thursday SBS drama “Judge vs. Judge,” and the behind-the-scenes photos and stories have revealed his efforts towards his new role.

Yeon Woo Jin’s agency Jump Entertainment recently shared photos and stories from the set, showing Yeon Woo Jin completely transformed into a judge. The actor will play the character Sa Eui Hyun, an elite judge born into a wealthy family. However, Sa Eui Hyun distances himself from his privilege and refuses to use his connections from his school and region. He tries his best to be a righteous judge who is sharp and thorough.

The photos show Yeon Woo Jin wearing his judge’s gown and sitting on the judge’s bench. His new style of short hair and rimless glasses add to the level-headed character, as well as his piercing eyes and upright posture. He intently listens and observes what can be assumed to be the plaintiff and defendant seated in front of him. 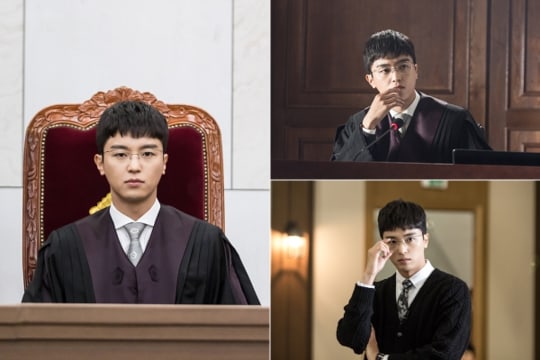 A source from the drama said, “In order to resemble a judge, Yeon Woo Jin has been endlessly researching. He has poured out ideas from the hairstyle to the glasses, and is paying attention to small details that bring the character to life by 200 percent. Please look forward to seeing a new side of Yeon Woo Jin.”

Meanwhile, “Judge vs. Judge” will premiere on Wednesday, November 22 at 10 p.m. KST.