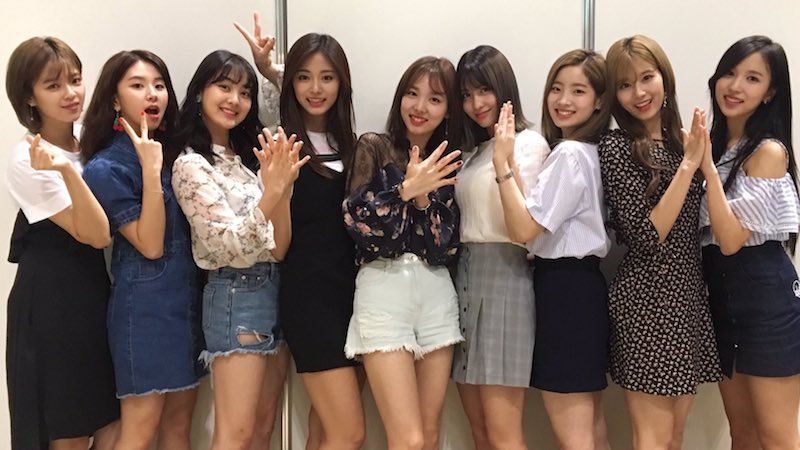 On November 16, Japanese broadcasting network NHK announced that TWICE will be the only Korean artist at its 68th annual music festival this year, marking the first time in six years that a Korean artist will attend. Additionally, TWICE is the first K-pop artist to appear on the show the same year that they debuted in Japan.

Speaking at a press conference for the event, the TWICE members remarked, “It’s an honor to be able to appear on Kōhaku Uta Gassen so soon after our Japanese debut. As it hasn’t been long since we debuted, we want to use the opportunity to let more people to know about us.”

Sana added, “Kōhaku Uta Gassen is a spectacular broadcast that I watched with my family ever since I was little, and I had hoped that TWICE would be able to perform there. I’m looking forward to seeing other singers who are promoting in Japan and be inspired to work harder.”

Kōhaku Uta Gassen airs on December 31 each year on NHK, Japan’s largest public broadcast network. The music show has enjoyed immense popularity during its long run of 68 years, with its highest recorded ratings at 81 percent. The historic festival has now become something of a tradition in Japan, with many families watching the show together as they welcome the new year. Japanese singers who will be attending this year’s broadcast include AKB48, Arashi, X Japan, Keyakizaka46, Nogizaka46, and Kanjani Eight.

The last time a Korean artist attended Kōhaku Uta Gassen was in 2011 when Girls’ Generation, TVXQ, and KARA all performed at the show.

TWICE’s first original Japanese single “One More Time” has already been certified platinum since its release less than a month ago, having sold more than 250,000 copies. The group also set records with its Japanese debut in June, achieving the highest first-week album sales of any K-pop artist from 2016 to July 2017.