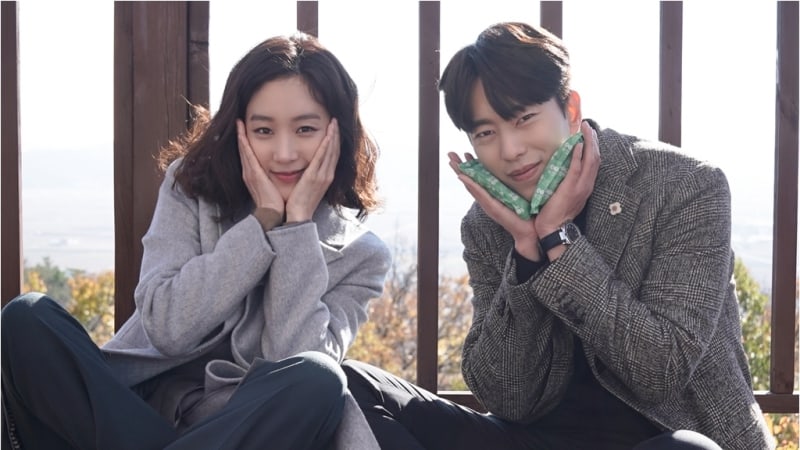 In the released stills, Jung Ryeo Won and Yoon Hyun Min are seen posing together sweetly even though they’re outside in the cold weather.

Other pictures revealed another side to Yoon Hyun Min as he showed off his cute gestures and faces unlike his always-charismatic character in the drama. The stills included some hilarious scenes behind the cameras as well. Jung Ryeo Won, Yoon Kyung Ho, and Kim Jae Hwa are smiling widely in one picture, while Jung Ryeo Won is seen comically running towards Jo Gap Soo with a mop in her hand. 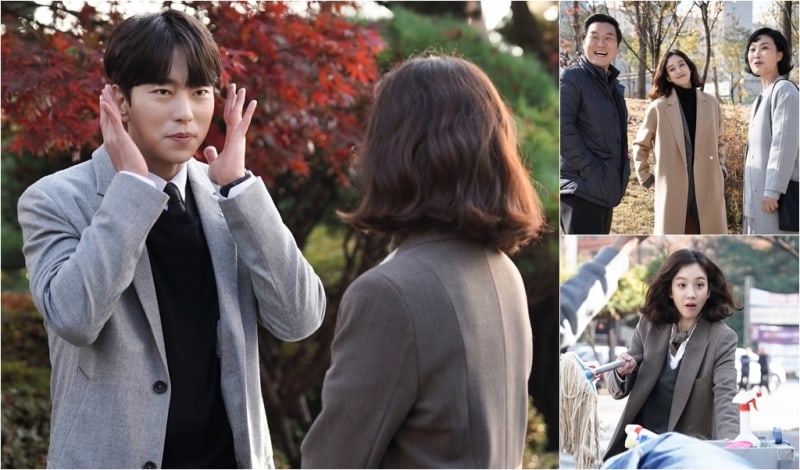 Pictures of Jung Ryeo Won, Kim Yeo Jin, and Jo Woo Ri, together the three musketeers of Jungseo Law Firm, were also released. As women with skills, beauty, and charisma, they lead the drama along with the Department of Crimes against Children and Women. 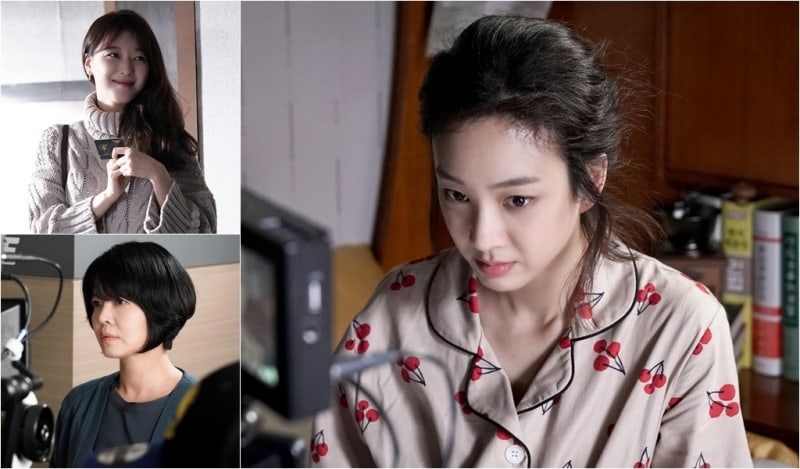 The production staff of “Witch’s Court” shared, “All the actors and the staff are committing to filming despite the cold to repay our viewers for their great attention and love.” The remaining four episodes will show how the characters contribute to revealing Jo Gap Soo’s corruption.

“Witch’s Court” airs every Monday and Tuesday at 10:00 p.m. KST. Watch the latest episode below!