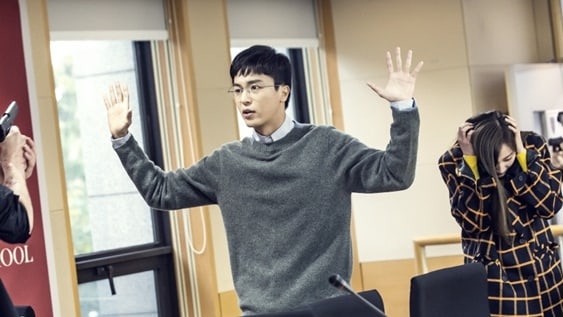 Yeon Woo Jin And BESTie’s Haeryung Fear For Their Lives In New “Judge vs. Judge” Stills

In newly released stills from the upcoming SBS drama “Judge vs. Judge,” Yeon Woo Jin and BESTie member Haeryung are held at gunpoint.

“Judge vs. Judge,” which premieres on November 22, tells the story of flawed judge Lee Jung Joo (played by Park Eun Bin), who is determined to solve her brother’s murder, and justice-seeking judge Sa Eui Hyun (Yeon Woo Jin), who becomes caught up in Jung Joo’s quest. In the drama, Haeryung plays Jin Sera, a beautiful and intelligent law school student who is also the heiress to a conglomerate.

The new stills show Yeon Woo Jin and Haeryung looking frightened as they stare down the barrel of a gun. In spite of being unarmed, Yeon Woo Jin appears to be calmly engaging the gunman in conversation as he attempts to protect Haeryung. 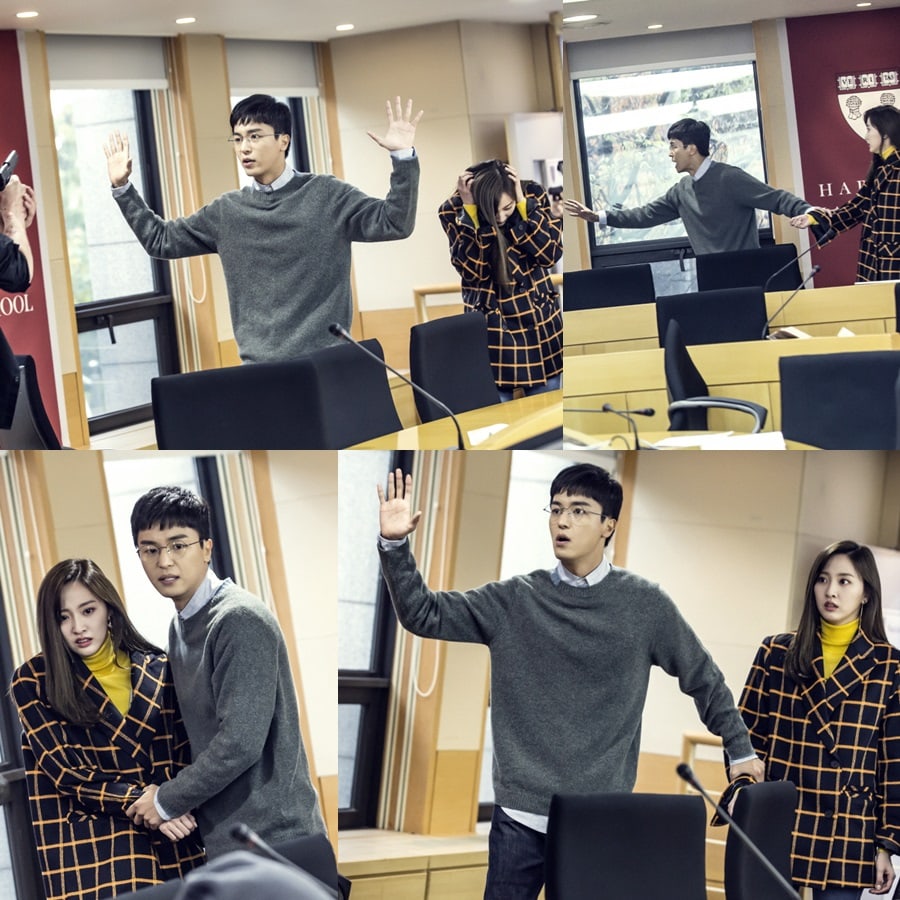 The action-packed scene was filmed on November 5 at a school in Seoul, with many cast members working together to execute the scene’s choreography in perfect coordination. The crew praised both Yeon Woo Jin and Haeryung for their realistic acting and strong work ethic during filming. Yeon Woo Jin is said to have worked especially hard on his lines, with his script barely ever leaving his hands.

To find out how Yeon Woo Jin’s and Haeryung’s characters arrived at this daunting situation, tune in to the premiere of “Judge vs. Judge” on Wednesday, November 22 at 10 p.m. KST.

BESTie
Haeryung
Yeon Woo Jin
Judge vs. Judge
How does this article make you feel?