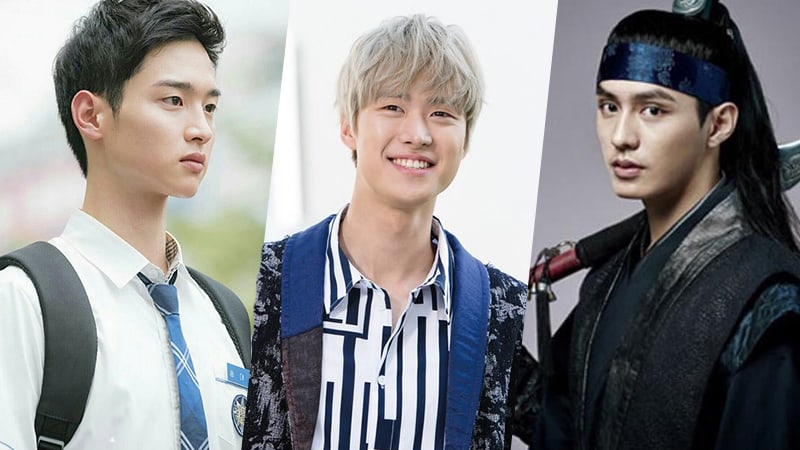 2017 just keeps delivering lovable villains, misunderstood bad boys, and charismatic antagonists. Continuing on from our list of 8 K-Drama Villains Of 2017 Who Have Stolen Our Hearts, here are eight more to keep you going till 2018. 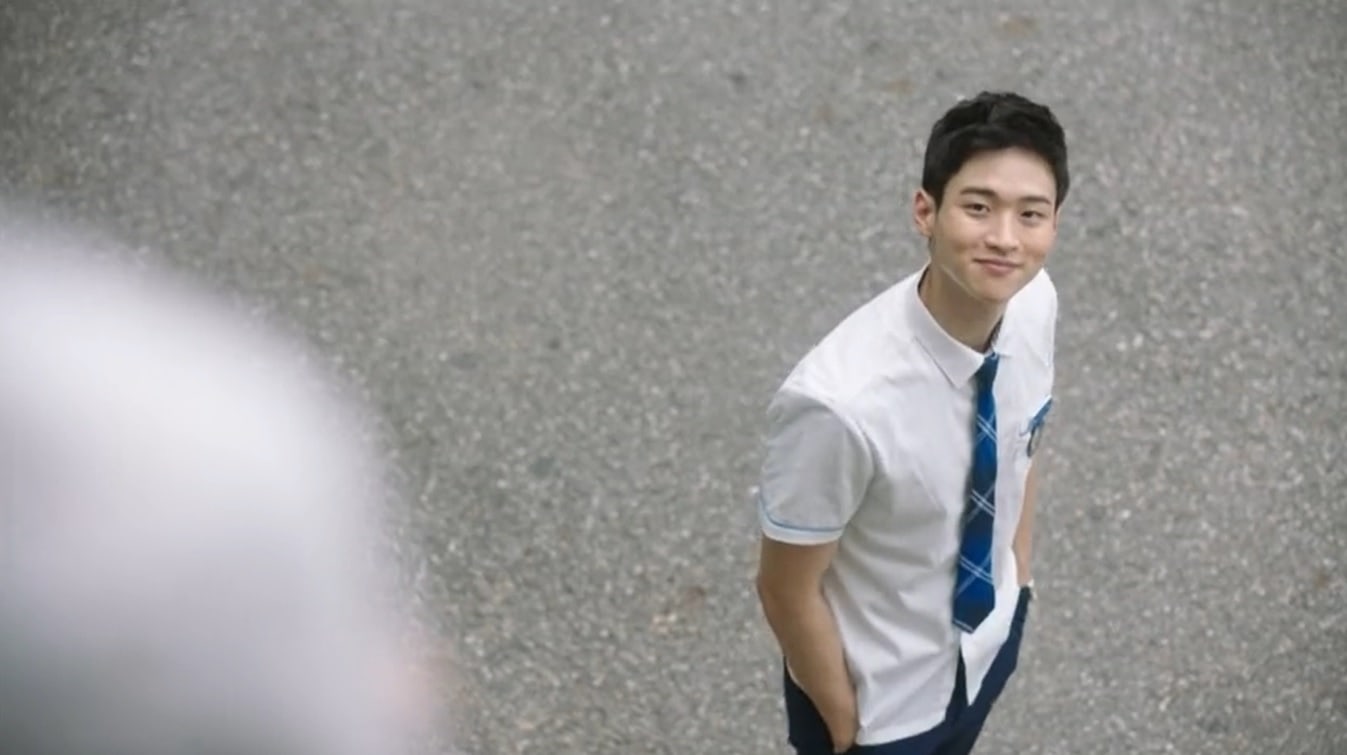 The two male leads of “School 2017” seemed to be in a tug of war at the start of the drama over who was the romantic lead and who was the bad guy. Pretty sure that out of the two, Song Dae Whee won the latter title, although he did redeem himself in the end.

With a face like an angel, Dae Whee is the ideal student and boyfriend, portraying a friendly and warm character to those closest to him, but behind closed doors, it’s clear he’s willing to do whatever it takes to get what he wants.

Probably the most unsettling thing about this character is how unlikely his sketchy behaviour seems. It’s always the quiet ones. 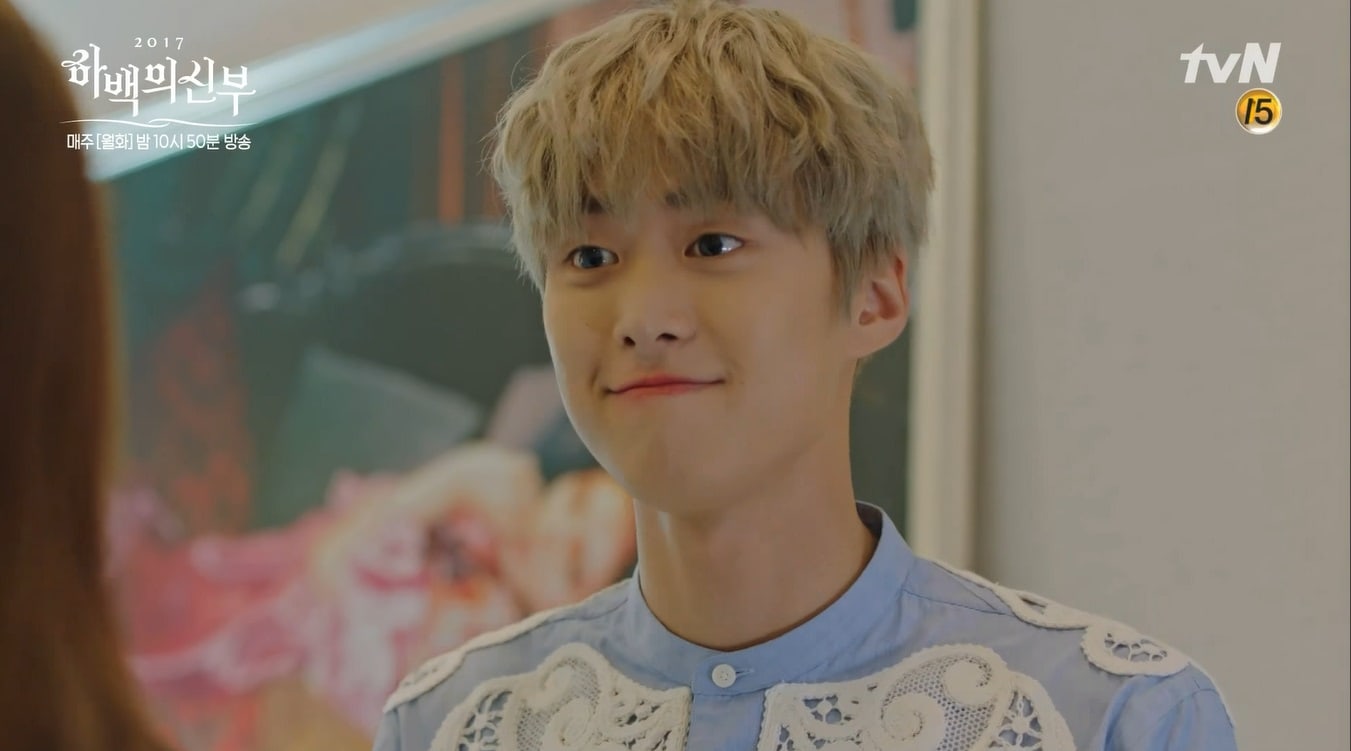 Bi Ryum is the god of heaven; he’s beautiful, charming, and not all together unlikable, but his jealousy and sometimes childlike nature makes him a definite antagonist in the “Bride of the Water God.” When he’s not kidnapping the female lead to make a point, he’s just leaning back and lapping up the chaos like a true trouble maker. His affection for Moo Ra (Krystal) is innocent and shows his true colors, so perhaps the destructive antics can be forgiven?

Watch “Bride of the Water God”: 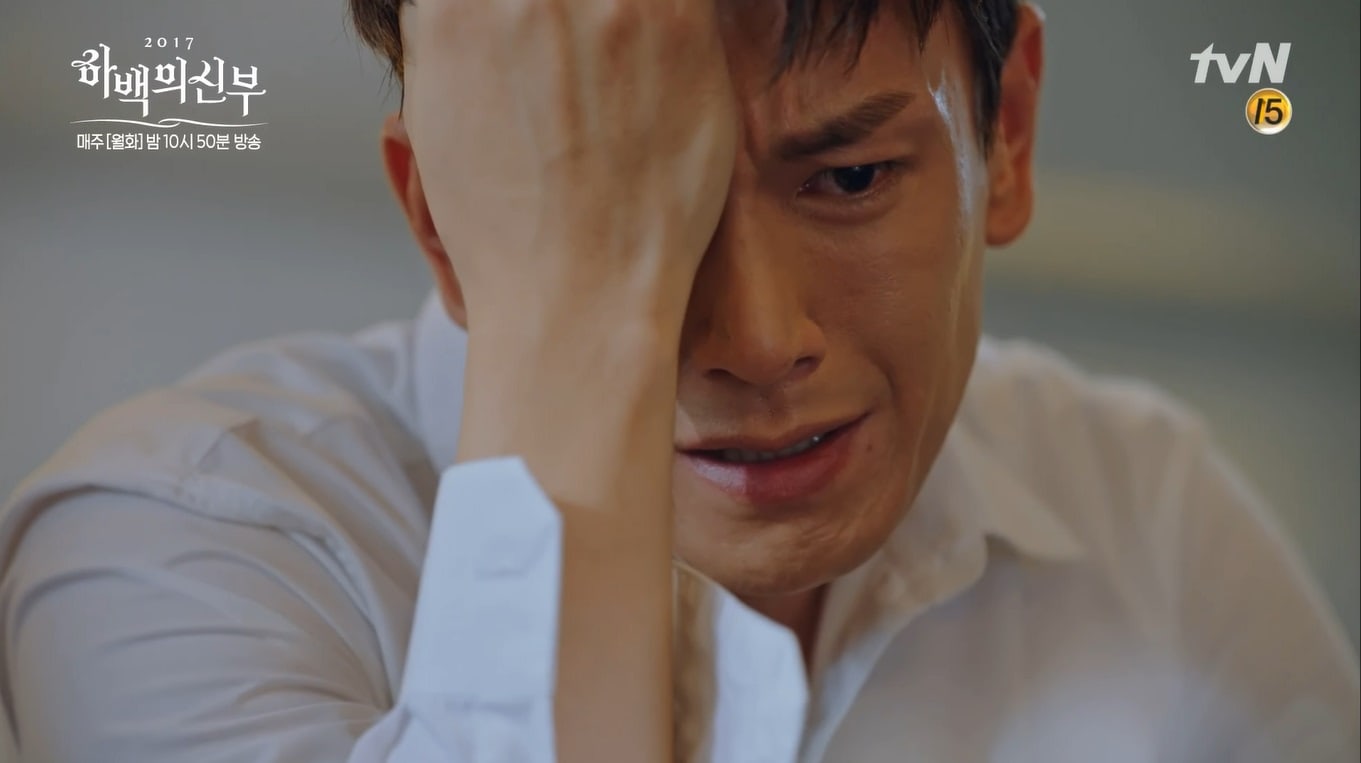 This guy played us hot and cold for pretty much the entire drama. Is he an adorable and awkward CEO? Is he evil with rage issues and ultimate flower killing abilities? Is he both? Who knows! What we do know is that despite every other character calling him out as the ultimate evil that face just doesn’t scream danger which is perhaps why we’ll even forgive the stalker-ish tendencies that lead him to follow female lead So Ah (Played by Shin Se Kyung) on occasion then lurk around while she shares romantic moments with other characters. Maybe that’s romantic… look at that face, ofcourse it is!

Watch “Bride of the Water God”:

As a literal grim reaper, it’s understandable that Black, played by Song Seung Heon, finds it difficult to empathize with the human condition. So far in the drama, he’s spent most of his time preventing the female lead (Kang Ha Ram, played by the beautiful Go Ara) from saving the lives of those whose deaths she predicts. It is truly frustrating to watch the two leads simultaneously battle towards completely opposite ends, but despite Black’s complete lack of compassion towards humans, it’s his growing affection towards Ha Ram that makes him a lovable and somewhat charming character. That and the comical timing that Song Seung Heon brings to the role.

Cha Min Ho is about as evil as they come; he’s wealthy and entitled with privilege that makes murder seem easy. He’s not only pretending to be the twin brother he killed, but using his new identity as a front to commit more crimes. He’s despicable, insidious, and seems to revel in his ability to float under the radar, but his interactions with his nephew and Yeon Hee (the wife of the brother he is pretending to be…) show a softer more human side you can’t help but hate to love. 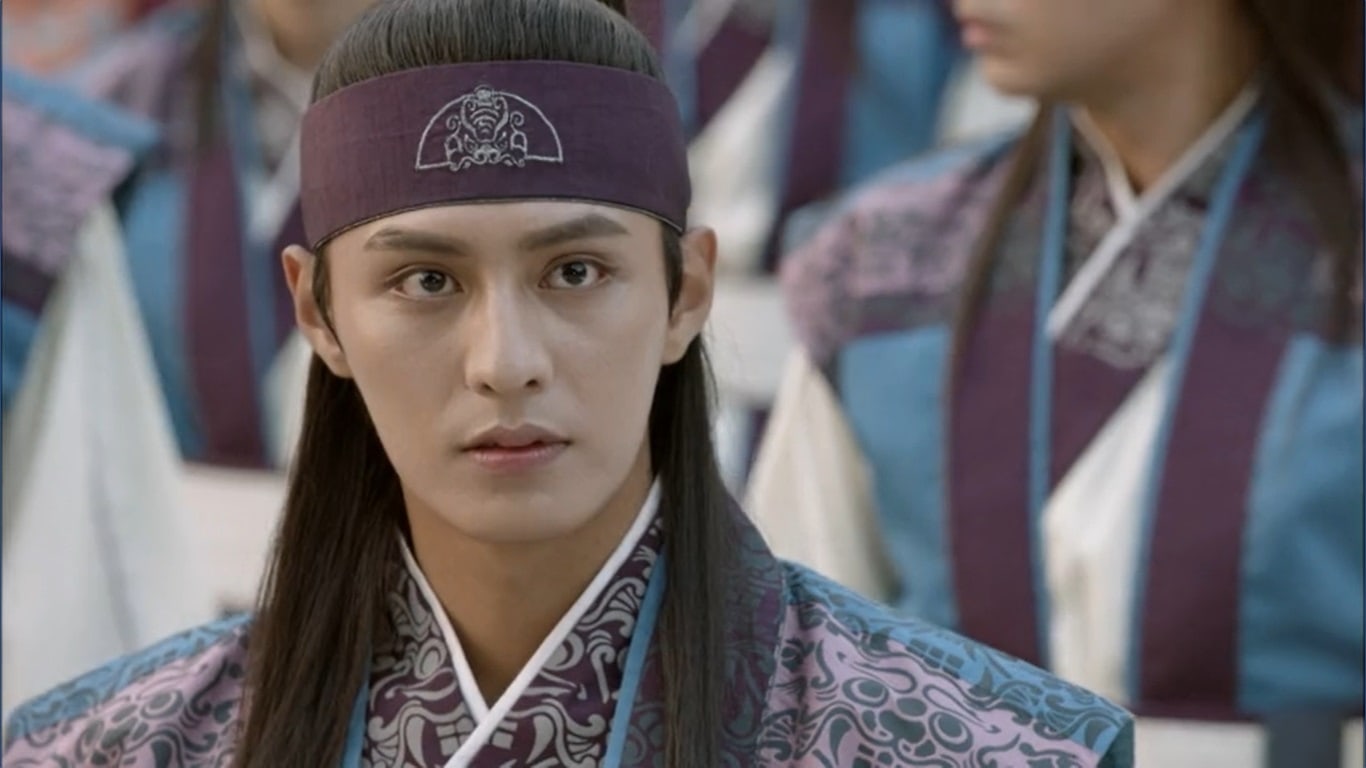 Everyone in “Hwarang” was beautiful. Not even those Silla period wigs could change that, so we’re slightly forgiving of Ryu Rang whilst he’s generally being a snob and a frenemy to the leads at the start of the show. As his story progresses, his actions become even more nefarious as he is often used as a puppet by his godfather Park Young Sil, the highest ranking officer in Silla who’s in direct opposition to the current queen. His underhanded actions put the leads in a few tight spots, and it is frustrating to watch him struggle with the orders of his mentor and his own conscience, which is clearly drawing him away from politics and towards the innocent love blossoming between him and Soo Yeon, the younger sister of his rival (played by the beautiful Lee Da In). 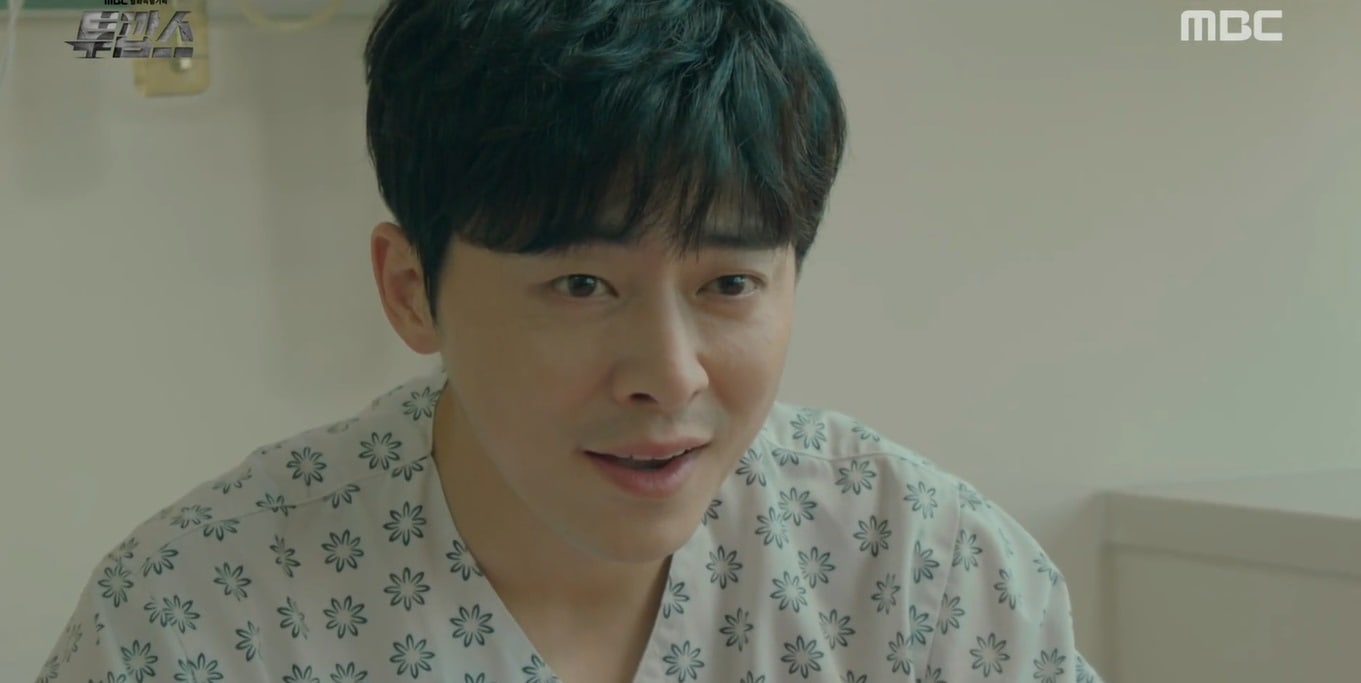 Gong Soo Chan is charming, if you like winking and smirking, and he’s not really a villain in any sense of the word, but he has lied to a substantial number of people at this point, and his motivations are rarely anything but selfish. He’s a conman who has done time in prison but continues down his path of criminal acts, associating with criminal friends and generally dancing on the wrong side of the law. That is, until he accidentally swaps bodies with a police officer and is forced to investigate a murder, all the while trying to seduce journalist Song Ji An (played by the hilarious Hyeri). So far, both actors have done an amazing job of portraying their characters; let’s wait and see if Soo Chan redeems himself by saving the day! 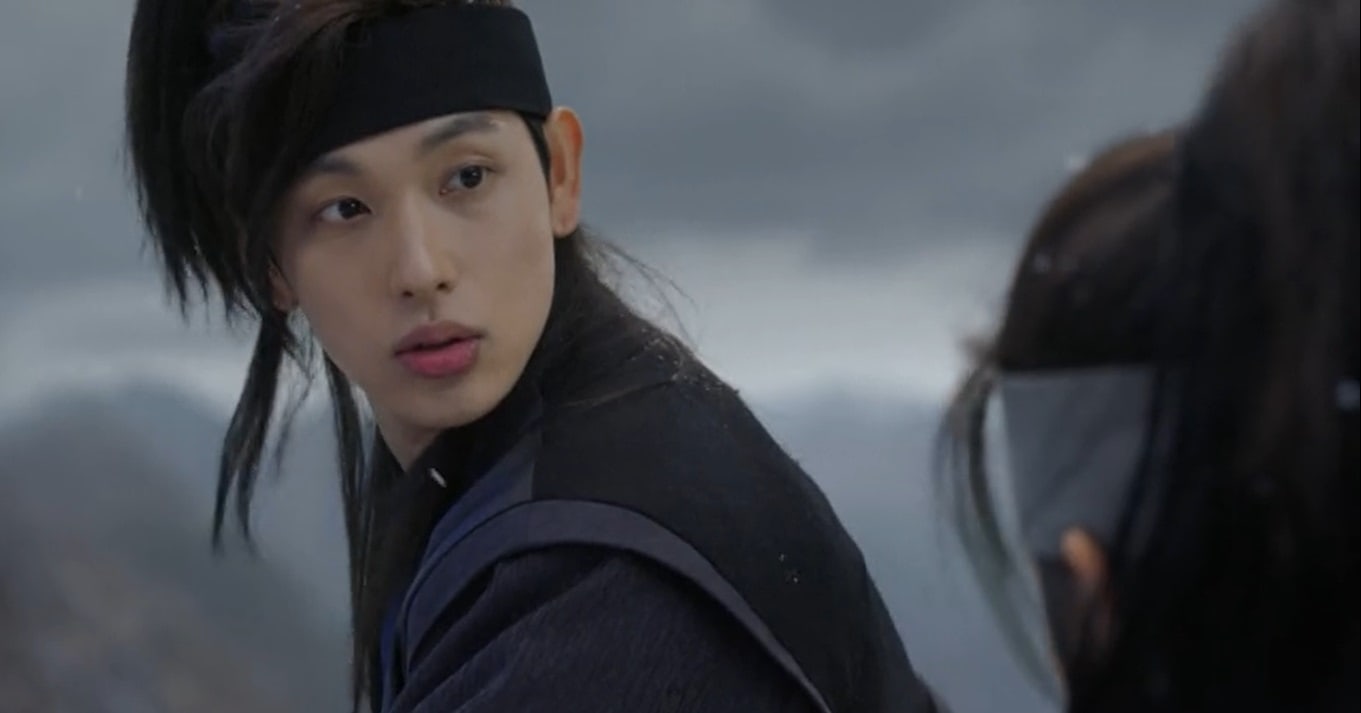 King Wang Won took the throne at just age three. As the son of a Goryeo King and grandson of a Yuan Emperor, he was feared and hated by his people, which left him isolated and alone with nothing but resentment for his position and bloodline. He may be one of the male leads, but he is definitely the crazy one with wild card behavior and unsavory antics. He comes across as highly egotistical to begin with and definitely relies on Eun San (played by Girls’ Generation’s YoonA) to grow a conscience and stop being so prickly… hard to hate that face though.

What do you think, did we leave anyone out? Hit the comments below with your favorite!