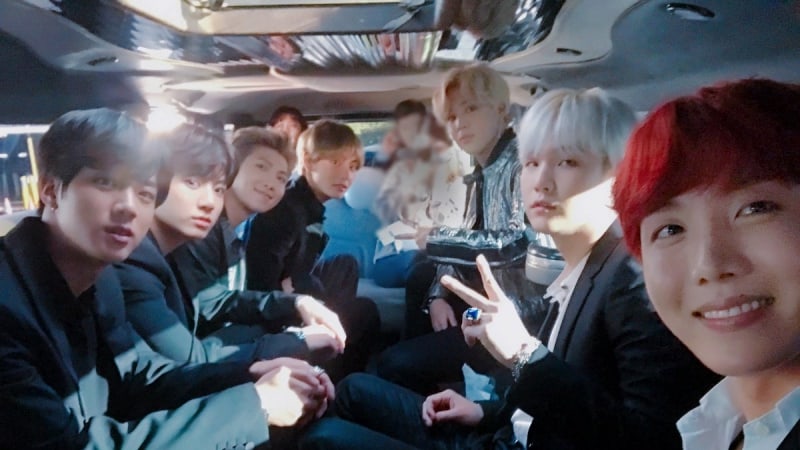 BTS Opens Up About U.S. Debut Performance And Goals For The Future

After making history as the first K-pop group to perform at the American Music Awards, BTS found time to sit down for an interview right before jetting off for a photo shoot at Vogue Magazine. Even amidst a packed schedule, the idols gave thoughtful answers about their past and their future, impressing the media with their immense gratitude towards their fans.

Speaking about their experience onstage at the AMAs, RM remarked, “It still doesn’t feel real.” J-Hope chimed in, “To actually be invited to the AMAs, an awards show that I’d only ever seen through videos, and to perform there, with so many fans coming to see us and cheer us on, it was a really new experience. It was an honor. If the opportunity should arise, it would be great if we could put on an awesome performance at next year’s AMAs as well. We are so grateful to our fans.”

RM added, “The AMAs didn’t treat us as a curious novelty from Asia, but showed us respect and treated us as an important part of the show. There were 17 acts in the lineup, and we were the 16th to perform. They put our performance right before Diana Ross [who was the final act], and we were introduced by the Chainsmokers, who are very popular in the United States. It was clear in many ways that they knew a lot about us and had prepared for our appearance for a long time.” 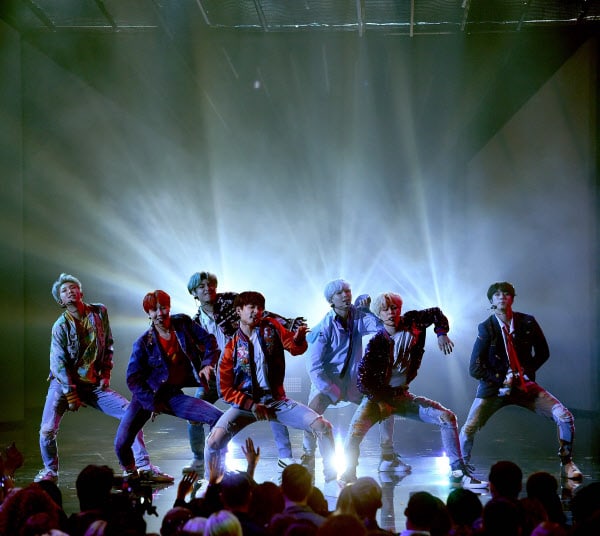 Although BTS’s popularity is on the rise, with the group’s Twitter follower count recently doubling in just six months to surpass 10 million — the first time ever that a Korean account has done so—they still managed to impress the interviewer with their gratitude and respectful language when speaking about their fans. Reportedly, BTS did not once fail to use formal speech when referring to their fans (a meaningful sign of respect in Korea).

When asked why they thought they’d achieved so much success, J-Hope replied humbly, “The most important thing is that our fans, who have believed in us and followed us, made it possible for us to get here. I think we were able to attend this awards show because of the power of our fans. Whether we were at the AMAs or at another show in the United States, our fans were always there to passionately cheer us on. I believe our fans’ influence was a huge factor in our success.”

RM also commented, “The fact that we were able to make our American debut at the AMAs is such a huge honor that it’s hard for us to process. Truly, it’s 100 percent because of our fans’ strength. I’ve never seen any fandom like ours.”

Jin reported feeling astonished at how quickly BTS had shot to fame in the past year. “It was last year that we received our first daesang at an award ceremony in Korea,” he noted. “It’s been less than a year since all our members hugged and cried [over our first daesang], and yet we were able to win an award at the Billboard Music Awards and perform at the AMAs in the time since. We’ve come so far so fast, it’s hard to believe; it amazes me.” 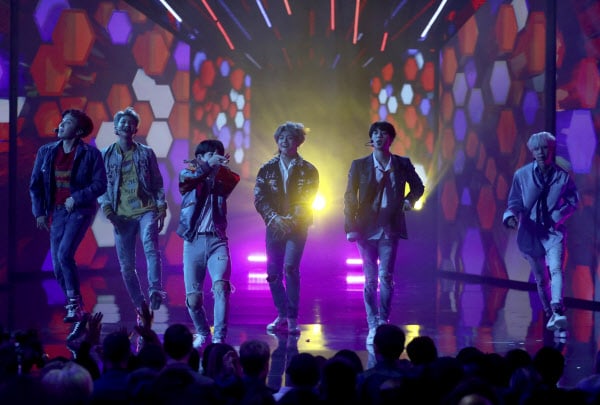 When asked about the process of producing their songs, Suga replied, “Current trends in music, the message of the song, and the sound are obviously all important [when composing]. When we work on a song, we stay by the producers’ side a lot, and we compose a lot as well. When we work on an album, we clear our schedule completely and don’t book any gigs. All we do is work on our songs. The company respects that and, for the most part, allows us to work uninterrupted.” He added jokingly, “So we have no choice but to really focus on composing and producing. Our company understands the importance of the production process and the impact it has on our group.”

RM elaborated, “On average, it takes about 20 to 30 people to produce a title track. We have to think about part distribution, whether the song is trendy enough, whether it’s a song that would suit a dance performance, and the group’s image.”

Speaking about their lyrics, Suga remarked, “Our song lyrics are not 100 percent based on our personal experiences. However, a lot of the lyrics have been influenced by our experiences.” He went on with a laugh, “We’ve released too many songs like ‘Jump.’ We’ve tried hard to tell the stories of our generation and our age group in present-day society.” 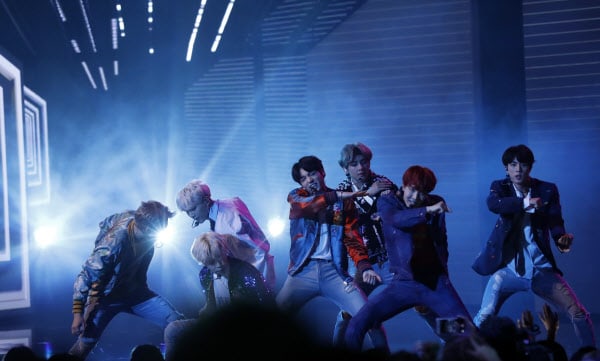 BTS, who is famous for their difficult choreography, also shared which dances they each considered the hardest to perform. RM picked “Danger,” while V said that he couldn’t choose just one song.

“They’re all hard,” laughed V. “Every time we come out with a new song, it’s the hardest one yet.”

J-Hope said, “If I had to choose just one, ‘Blood Sweat & Tears.’ Even now, when we perform it at concerts, it drains me of so much energy. And some of the moves are very difficult.”

“All the members seem to have different opinions,” responded Jimin. “I think ‘MIC Drop’ is really hard. There are a lot of parts where we have to sing and dance at the same time.”

V piped in, “Then I have to add ‘We Are Bulletproof Part 2.’ But all our songs are like that.”

The group also spoke about their recent “Love Myself” campaign with UNICEF, with Suga commenting, “As our influence grows, we wanted to use that influence for a good cause.”

Finally, each of the members shared their goals for the future. “I want to be good [at what we do],” stated Jimin, while Jin reported, “I don’t have any huge goals. I just want to be able to continue to smile and be happy.”

Jungkook said, “I want to write a good song, and I also want to be good at foreign languages. My biggest goal is to be a person who doesn’t put off the things I want to do, but actually puts them into practice.”

V reported wanting to try his hand at several different things. “I’d like to show different charms and try different genres of acting,” he said. “I also want to study photography more and be good at it. And I want to become even better as a singer and a member of BTS. I would like to be active in a lot of different areas.”

Suga revealed, “My ultimate goal is that when I finally leave the music industry, I will ‘leave while they’re still applauding’ [a Korean idiom that roughly translates to ‘quit while you’re on top’]. But though I want to leave while there’s still applause, I hope that that day doesn’t come until a very long time from now. I’ve been doing music for a while, and I hope that I will be able to do music for much longer in the future.”