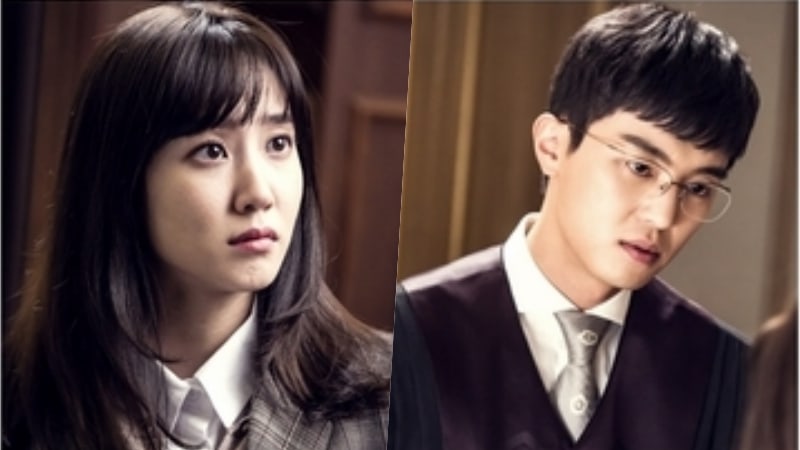 Things get tense between Park Eun Bin and Yeon Woo Jin in newly released stills from “Judge vs. Judge”!

In the upcoming drama, Park Eun Bin plays the character of Lee Jung Joo, a hot-headed judge who is determined to solve her brother’s murder, while Yeon Woo Jin plays Sa Eui Hyun, a judge with a frosty demeanor who gets caught up in her quest. The stark contrast between the two leads’ personalities can be seen in the new stills, in which Yeon Woo Jin calmly stares down a feisty, belligerent Park Eun Bin.

The stills show the two judges squaring off after Sa Eui Hyun catches Lee Jung Joo eavesdropping, with Jung Joo amusingly banging her head on the door as Eui Hyun opens it. Even after being caught and hurting her head, Jung Joo doesn’t back down an inch as she faces Eui Hyun, who, in turn, remains cool and collected. 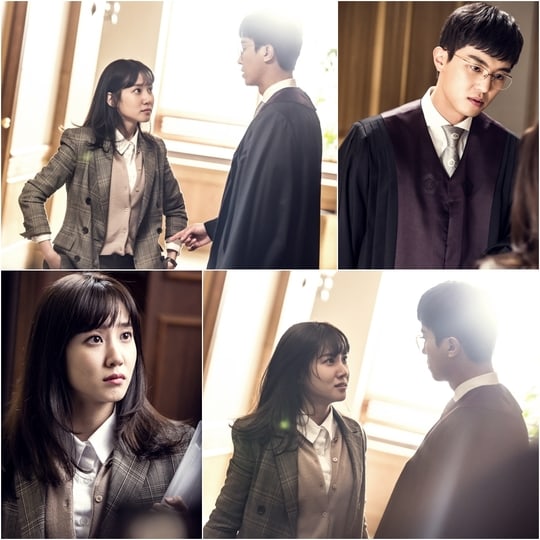 Yeon Woo Jin, who is known for his previous roles in “Introverted Boss” and “Queen for Seven Days,” has shed his rom-com image to play the role of Sa Eui Hyun, a judge from a privileged background who chooses to forgo such advantages in favor of prioritizing justice above all else. The latest stills offer a glimpse at his new look as the “tsundere judge,” as his character is called. 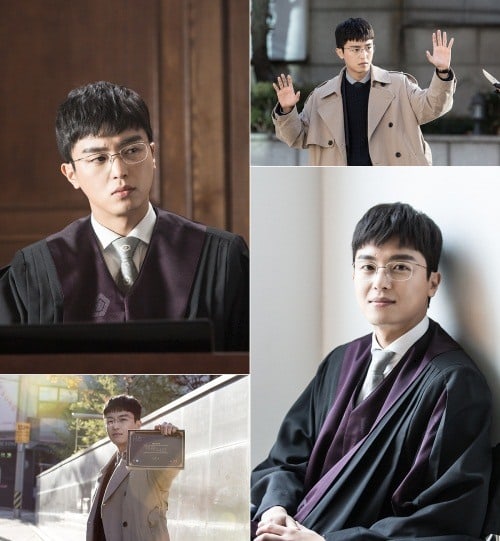 What has the two judges looking so tense? To find out, don’t miss the premiere of SBS’s “Judge vs. Judge” on November 22 at 10 p.m. KST.

In the meantime, watch the trailer below!