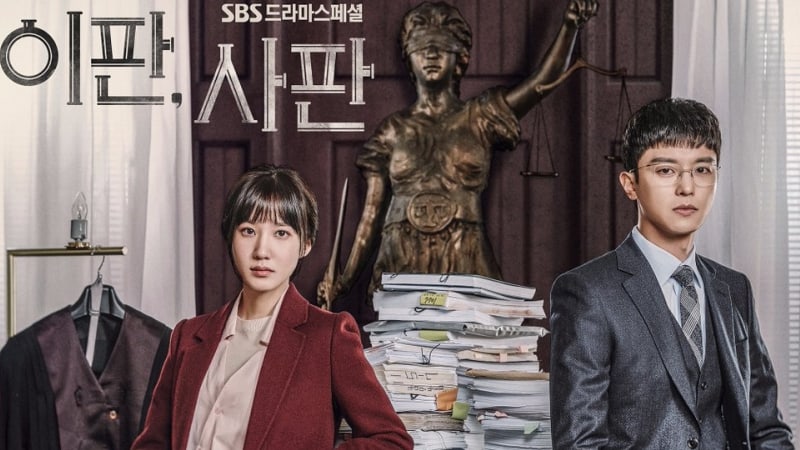 On November 23, Nielsen Korea revealed that the drama achieved 6.9 and 8.0 percent ratings respectively at the national level for its first two episodes broadcasted on November 22. “While You Were Sleeping,” which aired prior to the drama, achieved 7.2 percent and 9.2 percent for its first two episodes respectively. Although “Judge vs. Judge”‘s ratings are lower, the drama placed first in its time slot.

Other dramas in the same time slot were KBS’s “Mad Dog” which brought in 7.4 percent, 1 percent lower than last week’s ratings. MBC aired a previously broadcasted episode of their drama “Money Flower” which brought in 3.7 percent.

“Judge vs. Judge” is about judge Lee Jung Joo (played by Park Eun Bin) and judge Sa Eui Hyun (played by Yeon Woo Jin) who gets caught up in her quest to reveal the truth behind her brother’s death.

Watch the latest episode of “Judge vs. Judge” below!

Judge vs. Judge
How does this article make you feel?