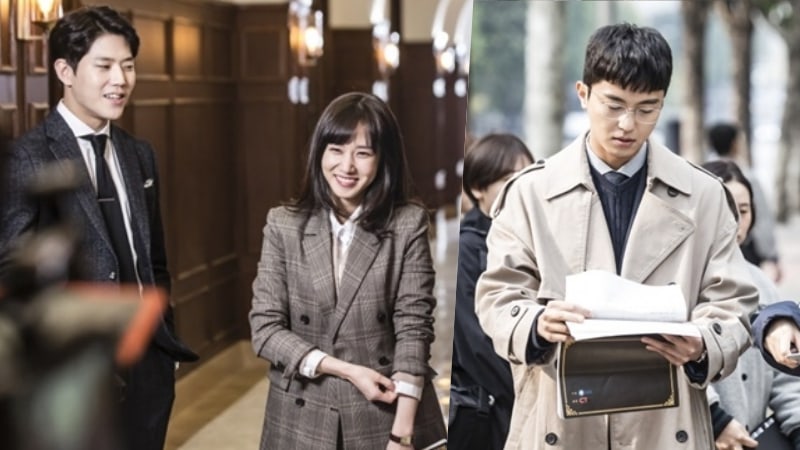 SBS’s Wednesday-Thursday drama “Judge vs. Judge” premiered last week with a strong start and the newly released behind-the-scenes photos reveal the hard work the actors are putting into perfecting their acting onscreen.

Viewers were able to get a peek at the complicated court cases and the tangled web of personal relationships between the characters Lee Jung Joo (Park Eun Bin), Sa Ui Hyun (Yeon Woo Jin), “dog prosecutor” Do Ha Joon (Dong Ha), and more.

The behind-the-scenes photos show the actors intently studying the script, rehearsing before filming, and monitoring afterwards. With the script seemingly glued to their hands, the actors can also be seen preparing before filming, conversing and exchanging ideas with producer Lee Kwang Young, and working passionately in order to portray realistic scenes. 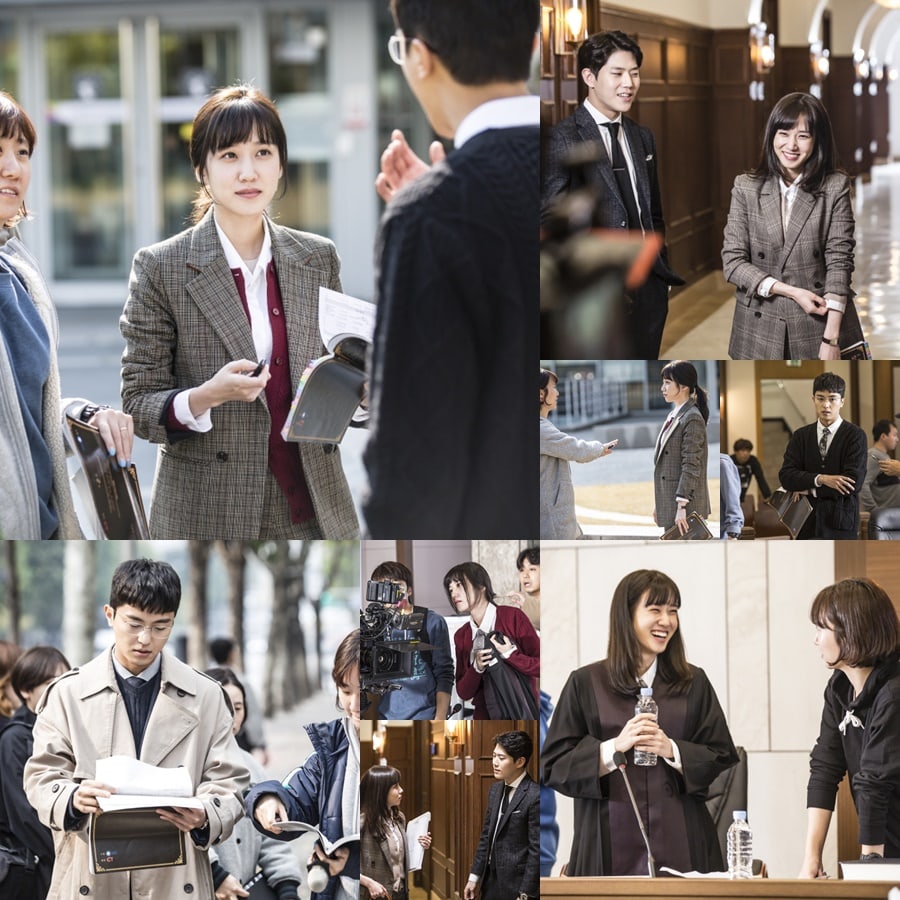 Dong Ha can be seen rehearsing alone, but also creating a fun atmosphere on set for others with his ad libs while filming, while Yeon Woo Jin and Park Eun Bin discuss the details of their scenes.

A source from the drama said, “The staff and actors including Park Eun Bin, Yeon Woo Jin, and Dong Ha are putting effort into rehearsing in order to capture more realistic acting on-camera. The co-stars’ teamwork and passion for the script and acting will be displayed on the screen.”

“Judge vs. Judge” airs on Wednesdays and Thursdays at 10 p.m. KST. Watch the latest episode now!