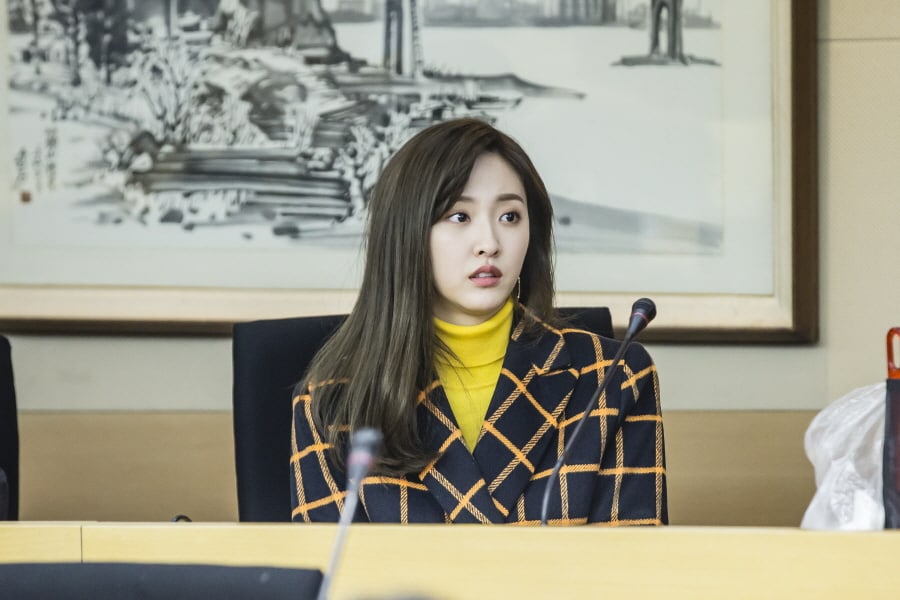 “Judge vs. Judge” Director Has Nothing But Praise For BESTie’s Haeryung

The director of the new SBS drama “Judge vs. Judge” had only positive things to say about idol-turned-actress BESTie’s Haeryung!

Going by her full name Na Hae Ryung, Haeryung plays Jin Se Ra, an elite law student from a wealthy chaebol family and a devoted student of Yeon Woo Jin’s character after he changed her life.

Director Lee Kwang Young said, “When I first spoke with Haeryung, I had no idea that she was an idol. When she auditioned for me, I just thought her acting was a perfect fit for the part of Se Ra.”

He added, “She hasn’t been able to film a lot of important scenes yet, but she works incredibly hard in front of the camera. She greets every one of the staff daily and brings up the atmosphere on set so everyone can’t help but like her.”

Another source said, “Haeryung has shown a fresh side of herself in various productions up until now so the anticipation [for what she can do] is high. Director Lee Kwang Young has nothing but praise for her. In preparation for her character, she watches documentaries and dramas about the law. Keep an eye out for her fashion sense as well.”

Haeryung actually debuted as a child actress when she was young before debuting in girl groups like EXID and BESTie. Even after she debuted as an idol, she continued to work in films and dramas like “Nine: Nine Time Travels,” “Hi! School: Love On,” and “She’s So Lovable.”

Meanwhile, you can watch the latest episode of “Judge vs. Judge” below!

BESTie
Haeryung
Judge vs. Judge
How does this article make you feel?