The new stills preview nothing but paradise for the happy couple as the two lovingly look at each other on their college campus. Han Ye Ri first has an annoyed look on her face, but after Yoo Eun Ho kisses her forehead, the couple is all smiles. 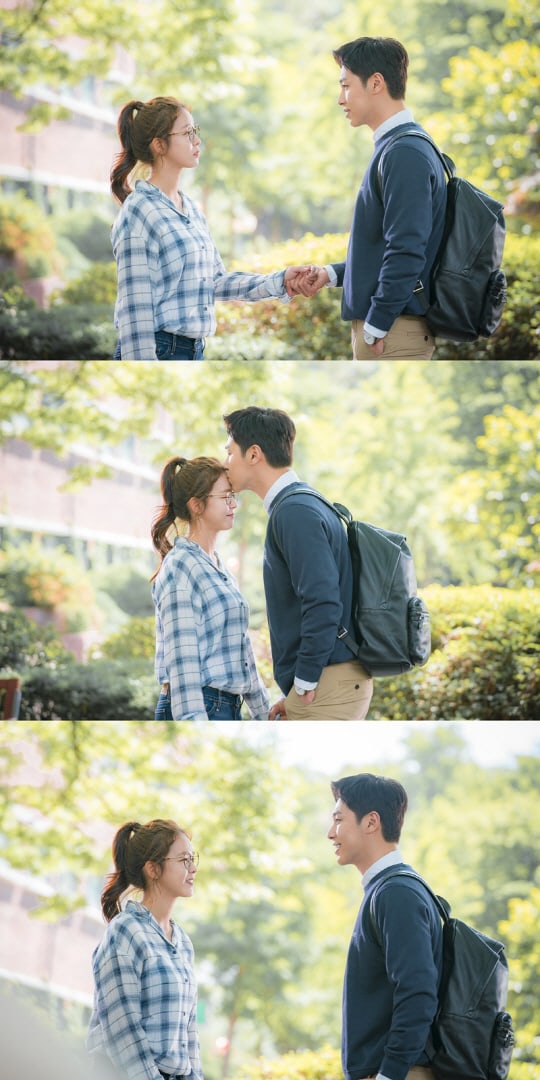 PD (producing director) Kim Dong Hee said, “If the first half of ‘Melo Holic’ was the romance part of the drama, the second half will be a thriller that increases your heart rate. In today’s episode, the criminal’s identity will be revealed and Yunho will start his investigation. Please look forward to Yunho’s use of his supernatural powers to find the criminal and Han Joo Ri’s secrets, which will be revealed.”