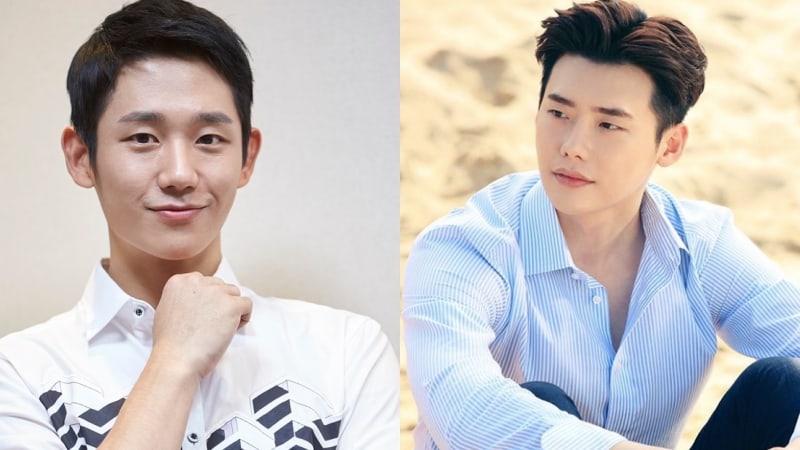 Jung Hae In Talks About How Lee Jong Suk Helped Him

In a recent interview, actor Jung Hae In expressed his gratefulness towards his co-star and close friend Lee Jong Suk for helping him during the drama “While You Were Sleeping.”

Jung Hae In said, “I am always grateful [to Lee Jong Suk]. A large part of me trusts and relies on him. He gave me a lot of help.” He mentioned how surprised he was that a lead actor like Lee Jong Suk would take interest and give advice to a supporting actor like himself.

Jung Hae In explained, “There was one scene where I had to be lovey-dovey with Suzy. I was awkward, so Lee Jong Suk pointed out what I had to do for [the viewers] to like it.”

During the interview, Jung Hae In also revealed Lee Jong Suk’s true nature. Jung Hae In said, “He’s more cute than I thought he would be. When I first saw him, I thought he’d be cold, haughty, and rough, but after talking for a brief moment and getting closer, he started to suddenly act cute. I was flustered. However, after a while, I got comfortable and used to it.”

He also added, “He has the opposite image of how the media portrays him. He’s a warm friend, and we only have a one year difference in age. He was born in 1989, and despite the fact that he debuted first and has more experience, he calls me hyung and respects me, so I’m grateful for that.”

Jung Hae In also admitted he still maintains his close friendship with the cast of “While You Were Sleeping,” especially Lee Jong Suk and Shin Jae Ha. He talked about how the three of them went on a trip to Japan together. He shared, “We seriously talked until dawn. Jae Ha and I drank beer until 3 or 4 in the morning. Jong Suk didn’t drink, but he still talked with us for a long time.”

Watch their drama “While You Were Sleeping” from the first episode below!

Lee Jong Suk
Jung Hae In
While You Were Sleeping
How does this article make you feel?