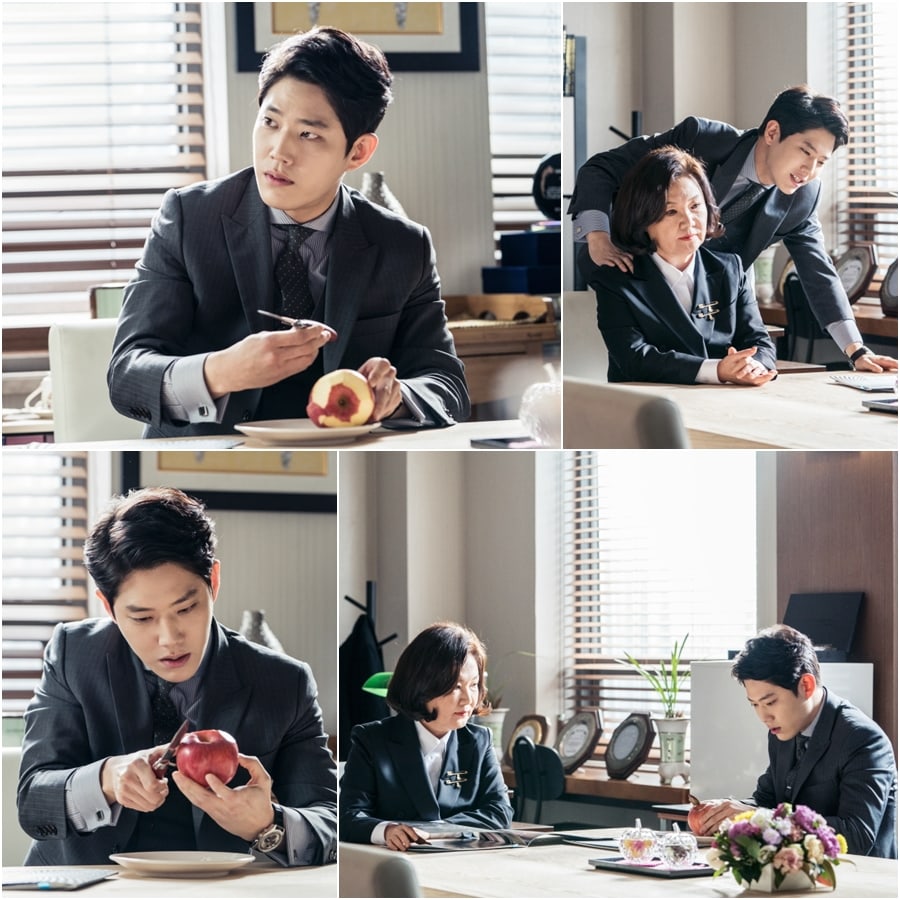 Dong Ha Invites Suspicion As He Handles A Knife In New “Judge Vs. Judge” Stills

Known as the “mad dog prosecutor” of the violent crimes unit, Dong Ha was recently suspected by Yeon Woo Jin and Park Eun Bin‘s characters for being involved in a murder.

In recent episodes, more and more evidence against Dong Ha’s character has come to light, from witness statements to Dong Ha’s own behavior.

In the new stills released on November 30, Dong Ha handles a fruit knife while hanging out in his mother (Kim Hae Sook)’s office. Although he seems to be playing the part of an affectionate son, his mother looks wary. In one still, Dong Ha eyes the knife he’s holding with an unsettling gaze.

The scene was filmed on November 23 at the SBS Ilsan Production Center. Kim Hae Sook and Dong Ha talked at length about the scene before filming and in rehearsals Dong Ha worked to perfect his fruit-cutting skills in order to make it as natural as possible while reciting his lines.

The production staff said, “When off-camera, he lights up the set with laughter, but as soon as the cameras turn on, he gives us chills with how automatically he gets into character. Please look forward to the broadcast to see how the ‘mad dog prosecutor’ and the ‘Kim Ga Young murder’ are related and how Dong Ha will react going forward.”

You can watch the latest episode of “Judge vs. Judge” below!

Dong Ha
Judge vs. Judge
How does this article make you feel?