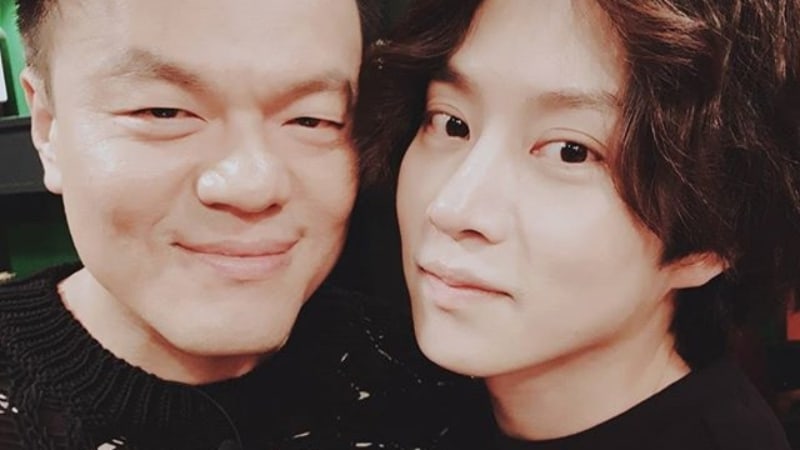 The two singers, who are known to be friends, didn’t go easy on each other during Park Jin Young’s guest appearance on the tvN variety show.

Heechul kicked things off by playfully accusing Park Jin Young of stalking him. He joked, “When I heard that he was guesting on ‘Life Bar,’ I thought, ‘Is he stalking me?’ Because he rarely ever does variety shows, but last year, I happened to be hosting [‘Weekly Idol’] on [Jung] Hyung Don‘s behalf, and all of a sudden, he appeared as a guest. Then, this year, he didn’t do any variety shows aside from the one he hosts, but then he suddenly appears on ‘Life Bar.'”

Park Jin Young explained that now that it’s been 23 years since his debut, he’s decided to only go on shows that he thinks seem fun, and that aren’t scripted. 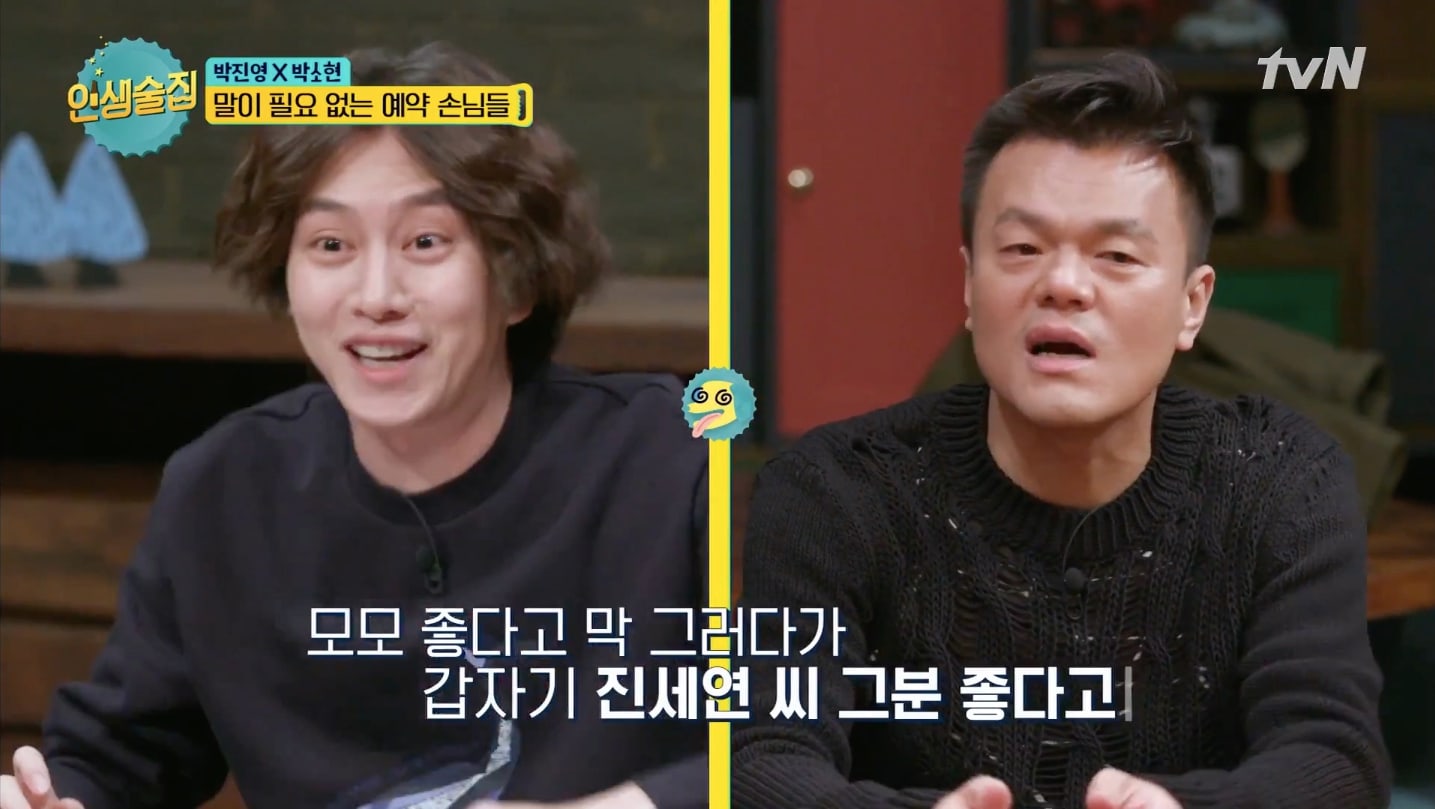 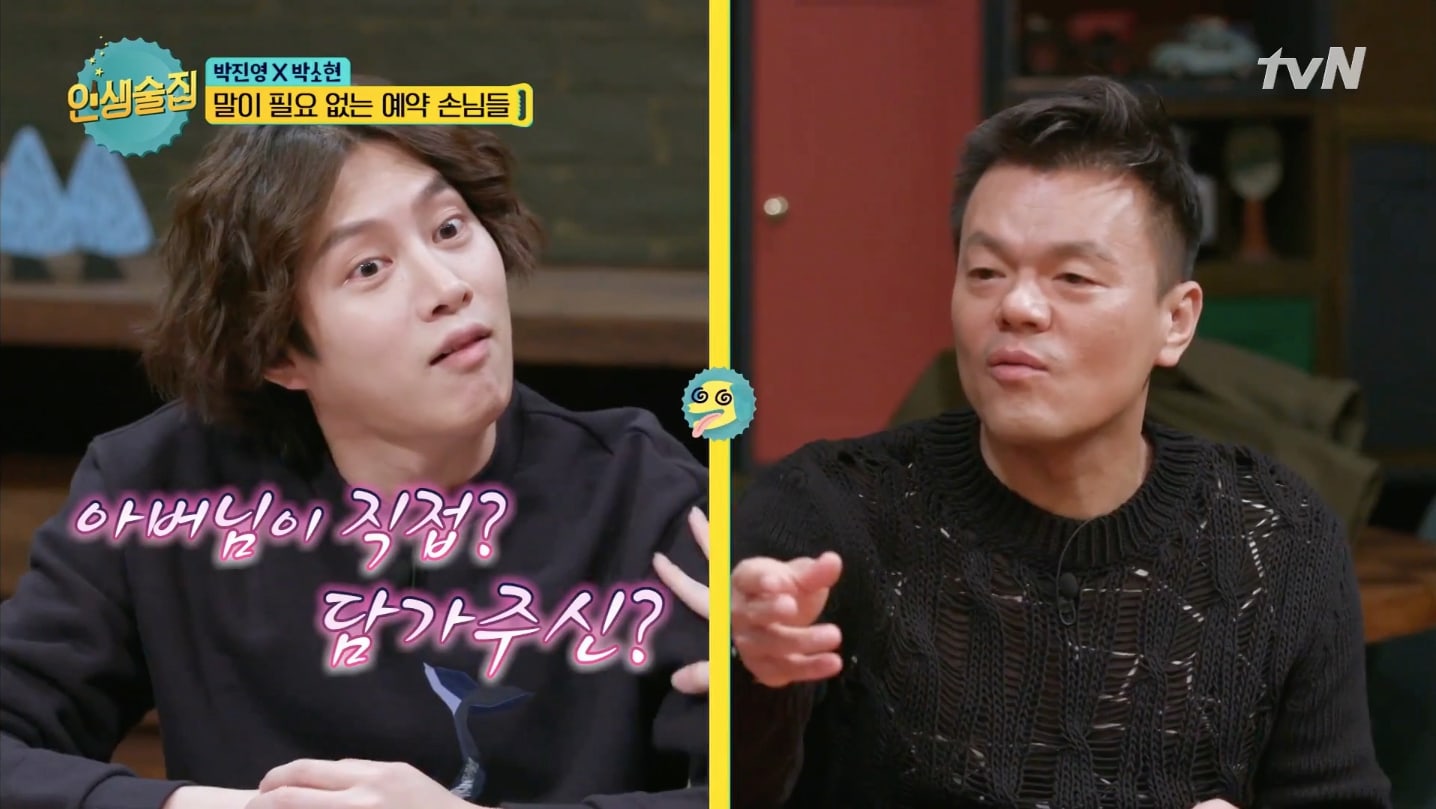 He went on, “He kept talking about how he liked Momo, and then he started talking about Jin Se Yeon.” The show then played a clip of Heechul expressing his affection for Jin Se Yeon on “Ask Us Anything.”

In response, Heechul stood up and appeared shocked as he said, “See? How do you know that? You know everything about me!” Park Jin Young joked that he’d been annoyed, since Momo is one of his artists.

Check out more of the two friends in the December 1 episode of “Life Bar.”