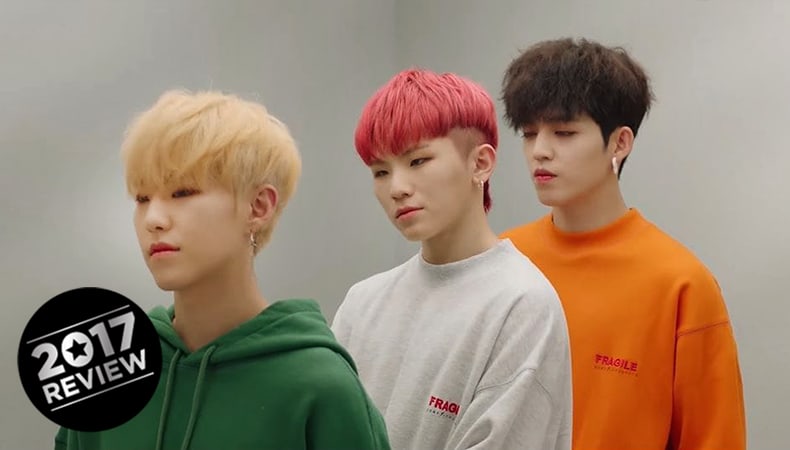 Hidden Gem Songs From 2017 That You Might Have Missed

When I think about how many songs were released in 2017, my head just starts to hurt. Unfortunately, it’s impossible to listen to every new release, no matter how hard we try. Despite such difficulties, I believe that I have uncovered a couple good songs that you may not have heard before. Lovers of Korean music and underrated tracks, I call upon you today to present some of the hidden gem songs from 2017.

This song is excellent in that it incorporates hip hop elements with a much darker, more mellow style. Also, the balance of Zico’s rapping and G.Soul’s singing is very well done. I also strongly advise you to look up the lyrics, as Zico’s criticism of fame and the entertainment industry is quite insightful.

PRISTIN is normally associated with bright and bubbly concepts, but “Black Widow” provides a refreshing contrast to the group’s normal image. The song allows the girls to show a more mature side to themselves, which they pull off effortlessly.

As the hidden, CD-only track for BTS’s “Love Yourself: Her” album, “Sea” is a welcome addition to the group’s best-selling work to date. The lyrics express the members’ journey as musicians and feelings of their growing fame, and is meant to connect with the fans rather than be commercially accessible.

To be honest, I’m quite surprised that this song hasn’t blown up more. Henry is an amazing singer and musician, and his production on “I’m Good” is of an impressive qualitative caliber. If you want to listen to a chill, trap-inspired song, then what are you waiting for? Check it out below!

If you’re only a casual fan of SEVENTEEN, then you may have missed out on their quality unit releases from this year. There are too many amazing songs from them, but “Change Up” stood out the most to me in their latest album. With their skill and experience, S.Coups, Woozi, and Hoshi all have enough charisma to rock the funky vibes given off by this song.

For those looking for a calming song that can relieve you of your worries, “Cure” is for you. Yoo Young Jin’s soulful voice combines well with Taeyong’s verses, which is surprising considering this duo sounds like it wouldn’t work in theory. Also, Taeyong’s adorable predebut clips surface in the music video, so there’s even more incentive to watch it.

DAY6 came out with so many songs this year, and the fact that they were all so good didn’t exactly help with me having to choose a single track for this list. In all honestly, “I’ll Remember” was chosen completely on gut feeling. The chorus in particular is just magical, as it has lyrics and vocals that only DAY6 can deliver. But I have to mention “Man in a Movie” and “Be Lazy” as my other favorite b-sides, or I wouldn’t be able to live with myself.

Did anyone other than me like this better than the title track? The dance is especially addictive, and it’s overflowing with a carefree vibe that GOT7 pulls off so well. Even if you aren’t a teen anymore, I think “Teenager” will appeal to you regardless.

Compared to the music from EXID that we know and love, this track from their “Night Rather Than Day” album is more synth-heavy and EDM-esque. “How Why” can appeal well to a wide audience, as it is an easy listen.

For all hip hop fans, this is a must listen. Not only is Epik High incredible at what they do, but the featuring artists on this track are fire. If you like the old school hip hop vibes of “Born Hater,” I think you’ll enjoy this as well.

As The Rose is a new band on the scene, I’m very impressed with their skill so early on in the game. Rock influences are obvious throughout, and the sadness that is expressed in their music is palpable. I’m keeping my eye on these guys in the future as I’m sure they’ll continue to grow even more.

First of all, I want to say thank you SM STATION for blessing us with another bop. Not only do these two have vocals for days, but the style is so reminiscent of “La La Land” that it hurts. In fact, I can’t help but feel nostalgic every time I listen to this song.

This song was released so early in the year that I almost forgot about it! Seohyun gives off these pop princess vibes that remind me so much of Western music, yet she maintains her own unmistakable flair.

The music video is aesthetic as can be. There are vocals for days. The beat is to die for. And above all, they participate in their own music. What more could you ask for in a boy group?

This song struck me as so unique when I first listened to “The Red Summer” that I felt I had to include it. When I saw a song called “Zoo,” I really didn’t expect there to be such strong animal influences. I don’t know how, but Red Velvet managed to make it sound good.

I’m not even sure how to describe “Yes No Maybe” other than the fact that it’s just so Suzy. I really can’t picture anyone pulling this concept off as well as she does. There is a lonely feeling and a sense of emptiness portrayed in the cinematography of the music video that stuck with me.

For anyone who loved CLC’s “Hobgoblin,” this song is from the same album “Crystyle.” Though the vibe of “Liar” is a far cry from “Hobgoblin,” they are alike in that both tracks will for sure get stuck in your head.

Seriously, this song is so catchy that I can hardly believe it. The members are all gorgeous, and they absolutely own the sexy concept of “Rollin.'” I have no idea why they aren’t more popular!

If any song here sounds like an anime opening track, it’s “Perfect Day” by Oh My Girl. The strong guitar and cheerful melody make me feel like I can accomplish anything if I try hard enough.

For those unfamiliar with LOONA, a member is revealed once a month with her own music video, and each with a distinct musical style. Odd Eye Circle is a sub-unit made up of JinSoul, Kim Lip, and Choerry, and “Girl Front” is an electro-pop song that shows off the girls’ youthfulness.

After leaving WINNER, Nam Tae Hyun has since formed a band that leans more toward an indie sound. His beautiful vocals always leave you wanting more, and “Hug Me” in particular leaves me with a melancholy vibe that’s hard to shake.

Many people know DreamCatcher for their heavy rock influenced music, but this side track provides a nice change to that pattern. “Sleep-walking” has almost an 8-bit video game-inspired sound that is like the girl group version of the “Stranger Things” opening.

Another up-and-coming band, N.Flying will undoubtedly impress you with their funk and power vocals. Their charisma is out of this world, not to mention the fact that the music video is original and entertaining.

As he is the winner of “K-Pop Star Season 3,” we should have no reason to doubt Bernard Park’s vocal ability. This type of jazz-infused ballad perfectly suits his vocal tone, and I couldn’t help but fall for the song when I first heard it.

This budding soloist greatly impressed me when his debut album was released. Jeong Sewoon is a talented singer/songwriter, even at his relatively young age. Fun fact: this original song is the one he performed on his “Produce 101 Season 2” position evaluation.

Which underrated track do you think is missing from this list? Be sure to tell us in the comments below!