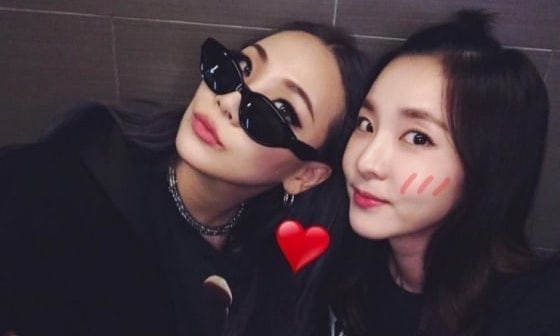 Sandara Park Gets An Encouraging Boost From CL Before Her Rehearsal

Former 2NE1 members Sandara Park and CL showed off their close friendship once again with CL giving Sandara Park an encouraging call before her rehearsal.

On December 1, Sandara Park uploaded a screenshot of her video call with CL on Instagram along with the caption, “Video call with our leader CL. Made me feel much more secure and confident about my performance later. Love u!!!”

Both of them look adorable with Sandara Park having a bunny sticker on her screen and CL a Pikachu one.

Following the group’s disbandment last year, CL and Sandara Park have often showed their continued love for each other via social media. CL recently also talked about 2NE1’s disbandment and Minzy’s departure from the group.

Sandara Park
2NE1
CL
How does this article make you feel?