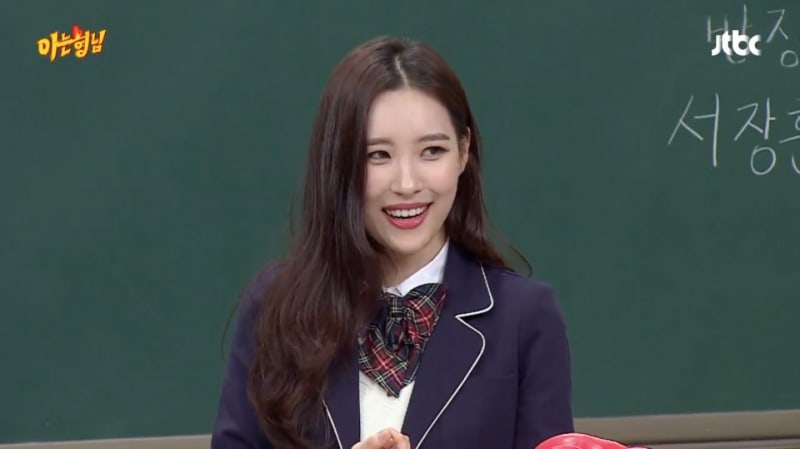 On this week’s episode of “Ask Us Anything,” Sunmi revealed her favorite comment that she heard while posing for the cover of her latest album.

To the surprise of the variety show’s cast members, Sunmi shared that the feedback she was happiest to hear was that there was something murderous about her gaze.

When the bewildered cast members asked her why that was a good thing, the former Wonder Girls member elaborated, “I think that the eyes are the most important thing when you’re taking photos. When I looked at the camera, [the photographer] said that my eyes had something very murderous about them. But if you think about it, that murderous quality is a kind of charisma.”

She went on, “And my song was ‘Gashina.’ It was about someone trying to leave me, so my eyes should look like that.” 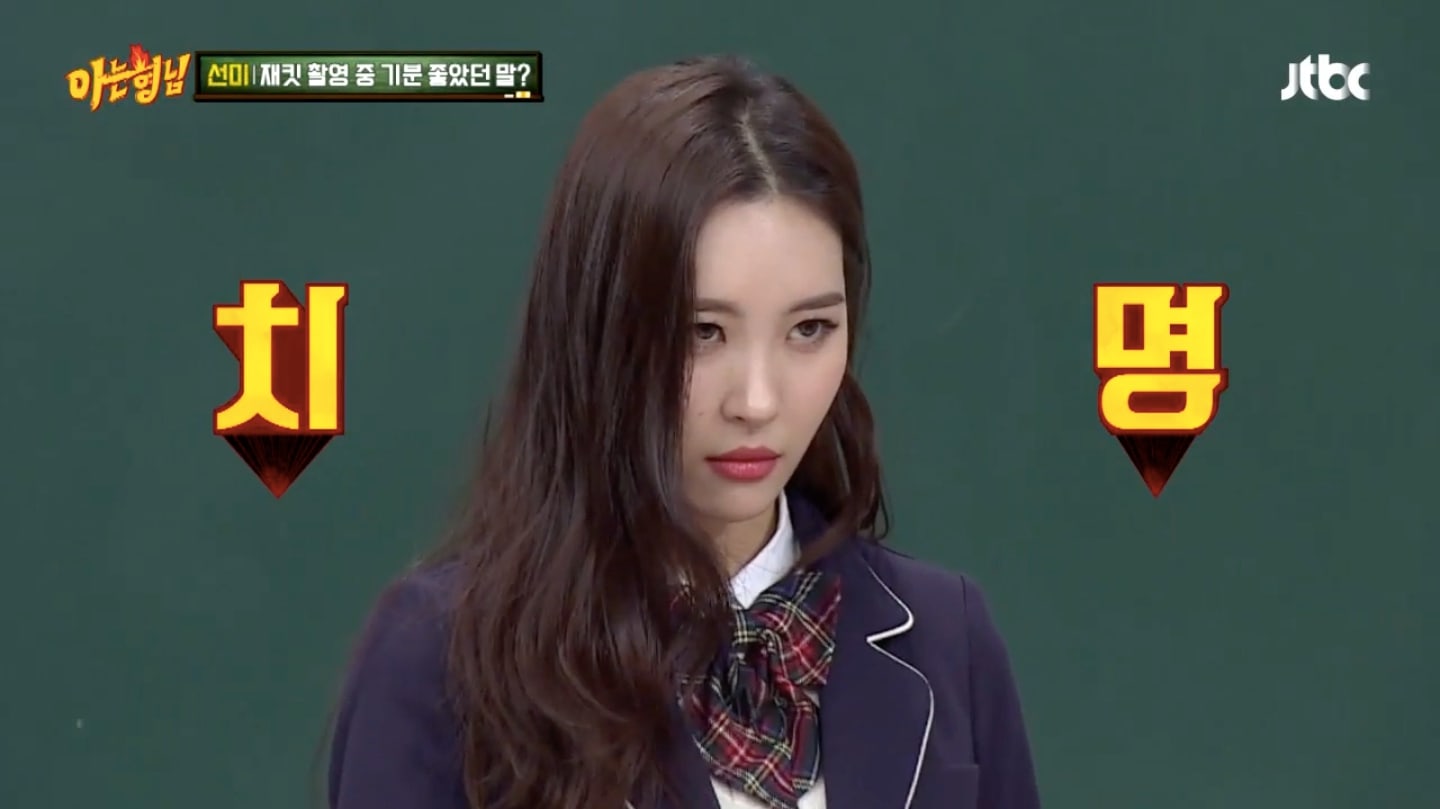 Sunmi added that her murderous gaze may have been the reason men seemed to like the song less than women did. She recalled that a video of her performance was originally posted online under the title “Sunmi’s ‘Gashina’ will captivate men.” However, she noticed that an overwhelming majority of the comments were by female fans, and shortly afterwards, the title of the video was changed to “Sunmi’s ‘Gashina’ will captivate women.”

She ruefully concluded, “I don’t know how to captivate men.” 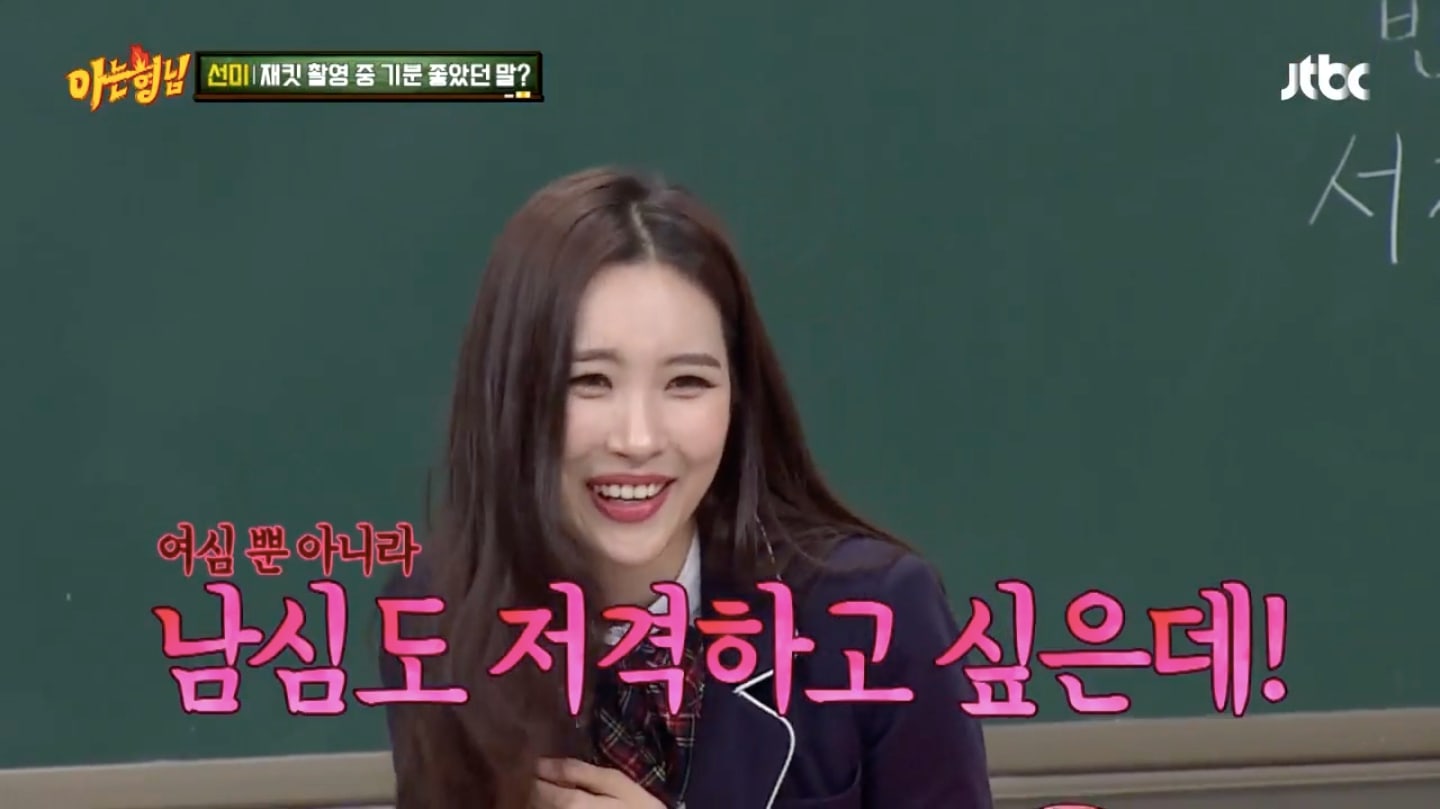 Lee Soo Geun disagreed, saying, “Sunmi, if women liked it, imagine how much men must have liked it. They just don’t express it.”

Unconvinced, Sunmi revealed that during her album promotions, she typically heard from male celebrities who were interested in her. “When I was promoting ‘Full Moon,’ that kind of thing happened,” she recalled. “But this time, not a single person contacted me!”

Sunmi recently won the Style in Music Award at the 2017 Mnet Asian Music Awards for “Gashina.”

Knowing Bros
Sunmi
How does this article make you feel?