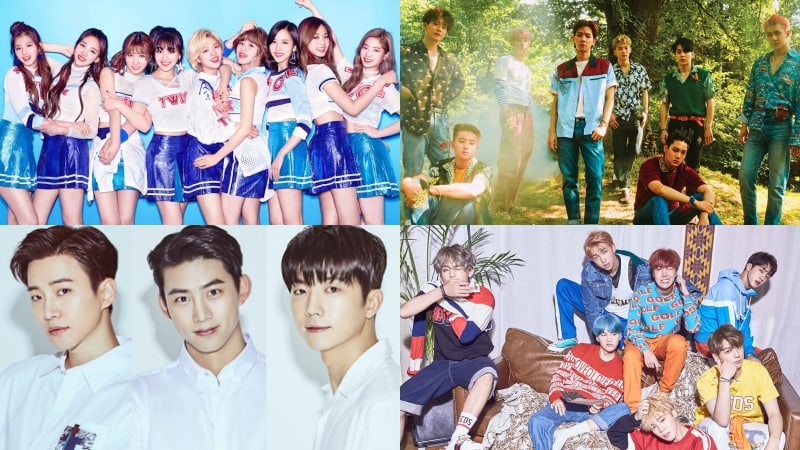 On December 4, Japan’s leading CD retailer Tower Records revealed the list of the chain’s best-selling albums of the year.

On the ranking for Japanese K-pop albums, TWICE took the top spot with their Japanese debut “best-of” album “#TWICE.” Their labelmates 2PM also showed strength on the chart through their solo albums with Junho at No. 2, Taecyeon at No. 4, and Wooyoung at No. 5 and 8. 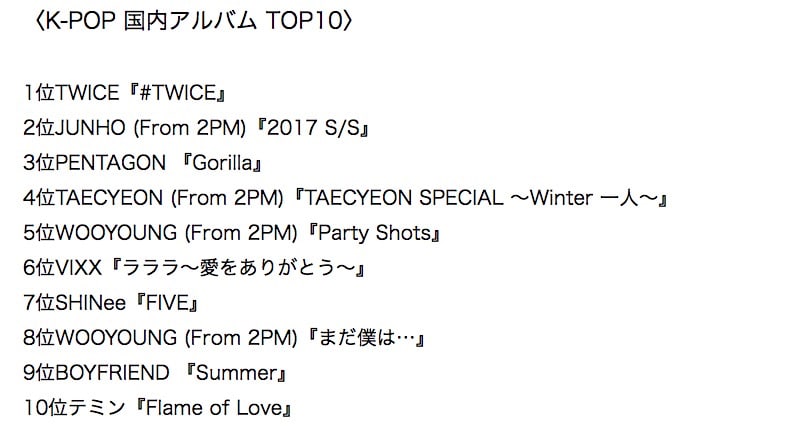 EXO topped the chart for imported K-pop albums with “The War,” while BTS took No. 2 and 3 with “Love Yourself: Her” and “You Never Walk Alone.” 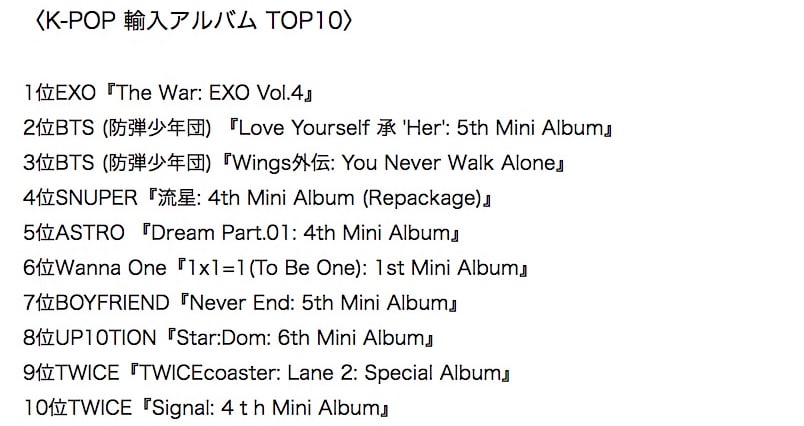 Congratulations to all the artists on their success in Japan!