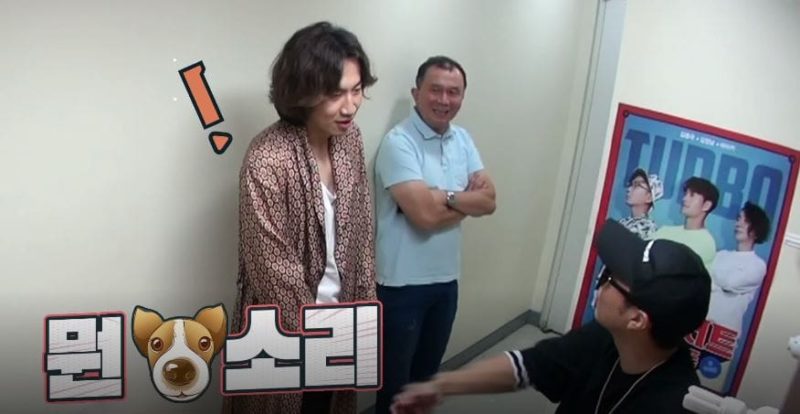 In the December 4 episode of “Big Picture,” Lee Kwang Soo was surprised by HaHa’s offer to invest in the variety show run by HaHa and Kim Jong Kook.

It all started with Lee Kwang Soo showing up to Turbo’s concert. He met HaHa backstage who was currently filming “Big Picture.”

HaHa revealed he was the producer of “Big Picture,” to which Lee Kwang Soo responded by laughing. HaHa told him not to laugh and tried to create a serious mood. For pity points, one of the production crew members revealed, “[HaHa] isn’t getting paid [for this show]. He gets paid if there is leftover money [from the production fee].”

Lee Kwang Soo became surprised, and he said, “This is very shocking.” HaHa said, “I did something big, but it went under. I’m starting again because it went down.” Lee Kwang Soo turned quiet and serious as he wondered why on earth HaHa’s other show had gone under. 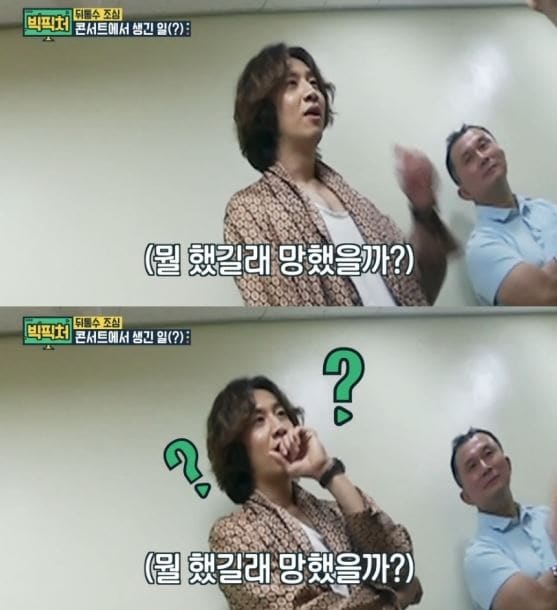 Out of the blue, HaHa asked, “How much do you have? I mean the amount of money you can use freely.” Lee Kwang Soo became wary and asked, “Why would you ask about money?” HaHa finally revealed what he wanted from Lee Kwang Soo, saying, “You could be our investor.”

Lee Kwang Soo was surprised and asked, “You want me to give you money?” and HaHa confirmed his speculation by laughing. HaHa said to him, “How are you going to make a living just being a celebrity? You can become successful. I’m telling you this for your sake.”

However, Lee Kwang Soo refused to be drawn in by HaHa’s tempting words and told him, “I didn’t expect you to pull a con on me. I shouldn’t associate with you.” HaHa cracked up at his dramatic declaration and then jokingly pretended to be mad by storming out of the room. 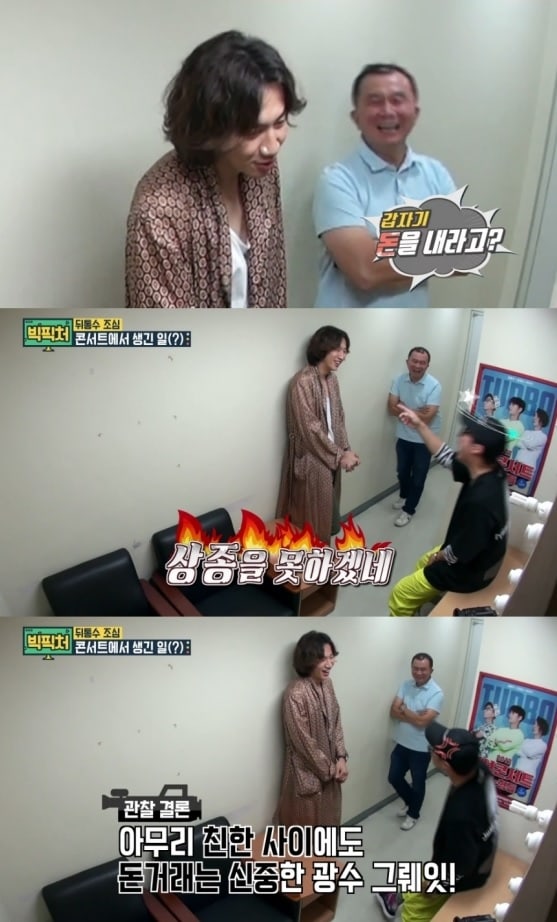 Lee Kwang Soo
HaHa
Big Picture
How does this article make you feel?