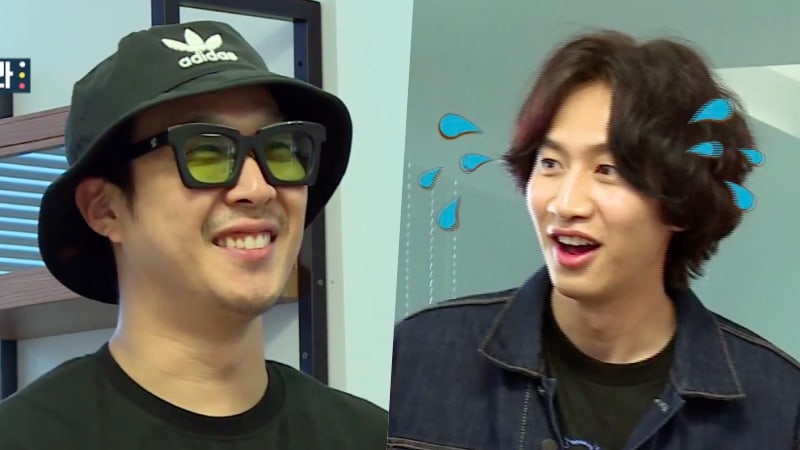 On the December 5 episode of “Big Picture,” HaHa and Kim Jong Kook proved that they would stop at nothing to convince Lee Kwang Soo to join their show, even if he refused to be an investor.

HaHa started by asking him outright to be a part of the second season of “Big Picture.” Lee Kwang Soo didn’t hesitate to respond just as bluntly, “I don’t want to.”

HaHa then moved on to his next tactic, which was to try and make his friend feel uncomfortable by asking him, “Why don’t you want to? Please give our viewers an explanation.” 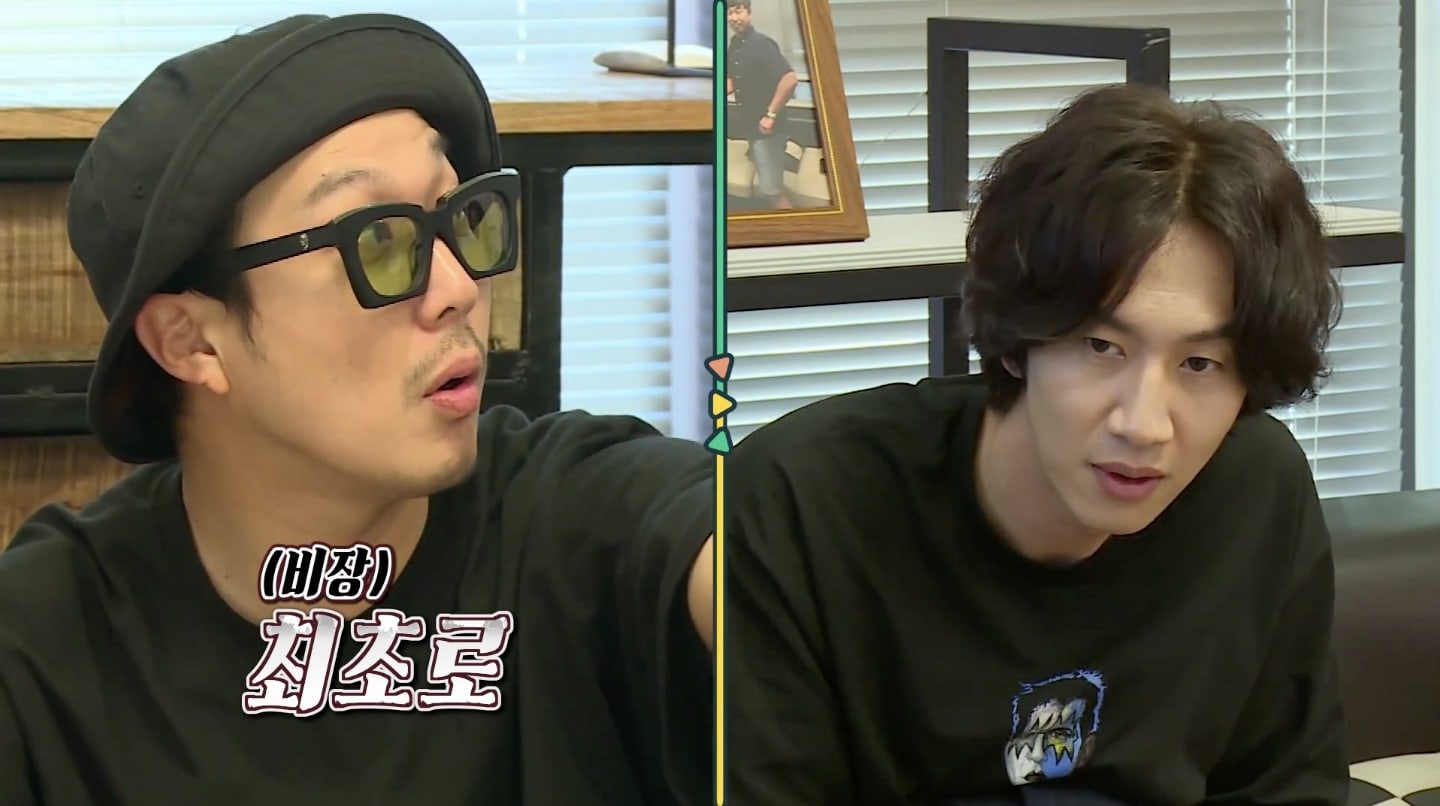 When that didn’t work either, HaHa attempted to trick Lee Kwang Soo by offering to match whatever he was being paid for his new variety show on Netflix. Unfortunately, however, Lee Kwang Soo caught on to the fact that HaHa was lying. 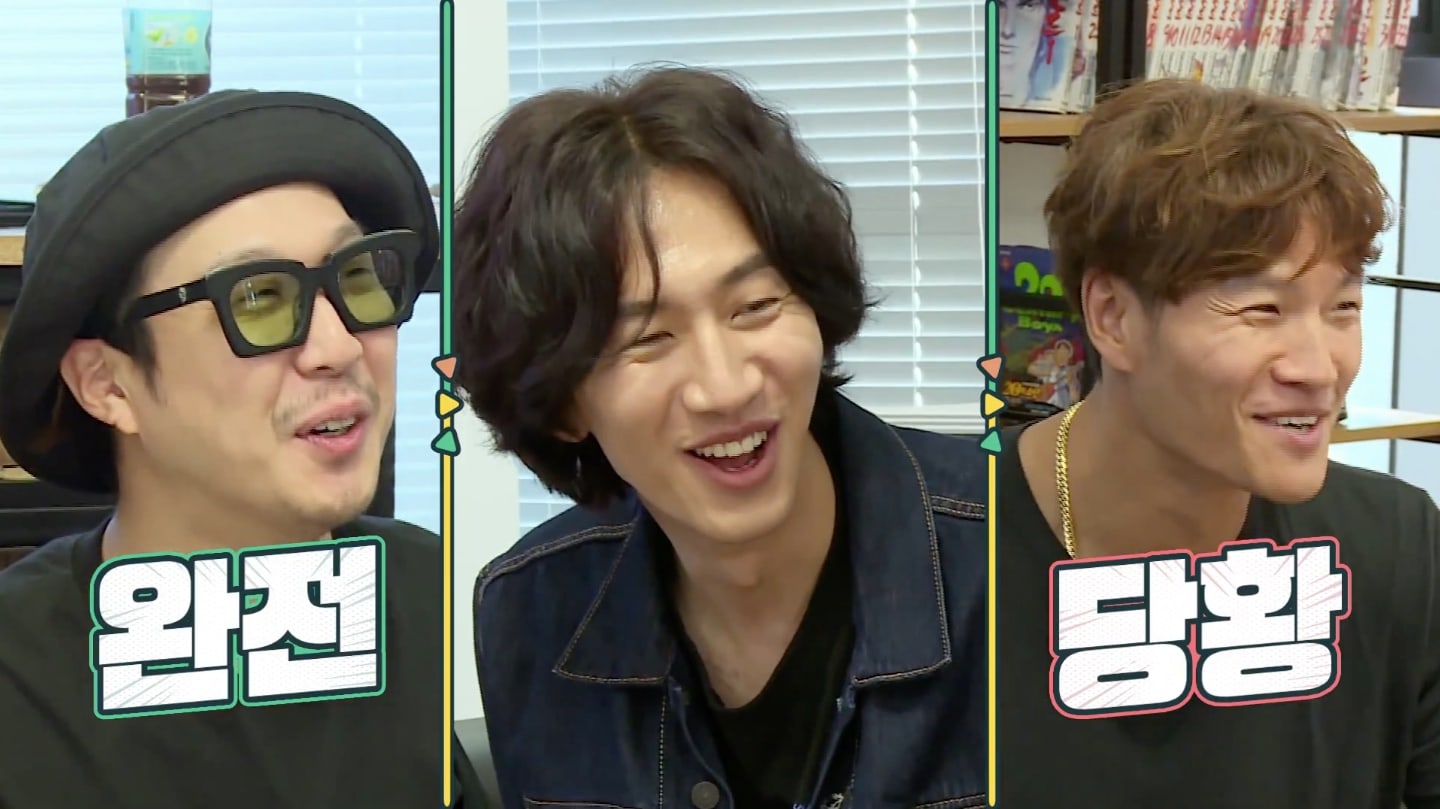 HaHa then took a different approach by offering Lee Kwang Soo the role of producer for “Big Picture.” “You can be the youngest celebrity ever to become a variety producer,” he coaxed.

When Lee Kwang Soo wasn’t swayed by that argument either, HaHa tried to put a new spin on the show. “Just know that this is not a variety show,” he pleaded. “This is the story of our growth. This is a show made specifically for Lee Kwang Soo.”

Kim Jong Kook chimed in, “We won’t follow a script. We can do anything we want, so we’ll match the show to everything that you want to do.”

Unfortunately, Lee Kwang Soo’s answer remained the same. “But I don’t want to do [the show],” he said, and drove his “Running Man” castmates to desperation. 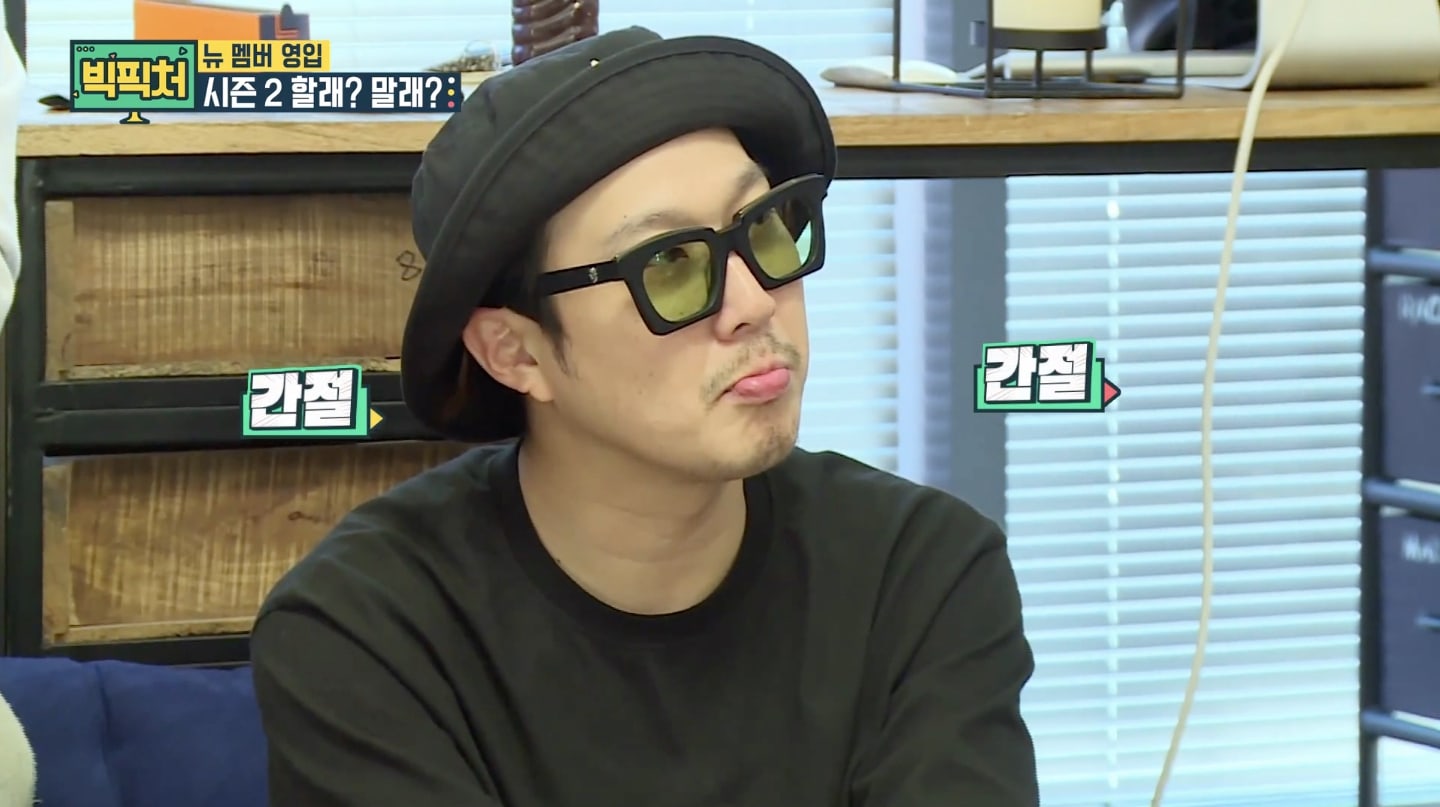 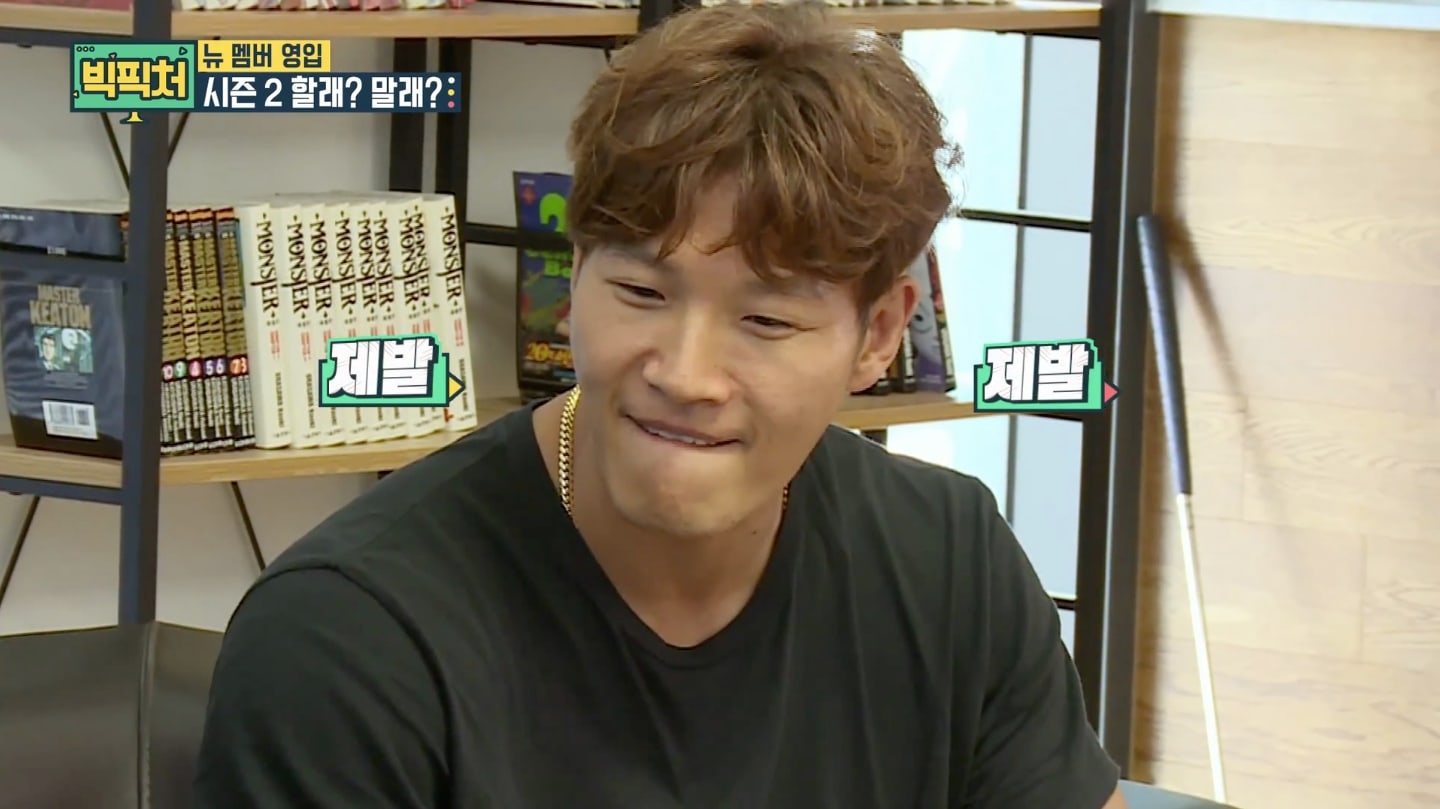 Finally, HaHa and Kim Jong Kook resorted to a classic and time-proven strategy—the guilt trip. “Remember that magazine photo shoot at an overseas location?” HaHa asked a wary Lee Kwang Soo. “The date was set for it and everything, but it fell through.”

“Because you backed out,” Kim Jong Kook piped up. “So we suffered some losses because of that.”

As an uncomfortable Lee Kwang Soo began to apologize, Kim Jong Kook went on, “And there was that time that we said we were going to the swimming pool together, so we were waiting for you. But then you drank too much and we couldn’t get into contact with you, so the entire staff was waiting around and then had to go home.”

He then delivered the final blow by asking, “How much less do you like us compared to Netflix?” 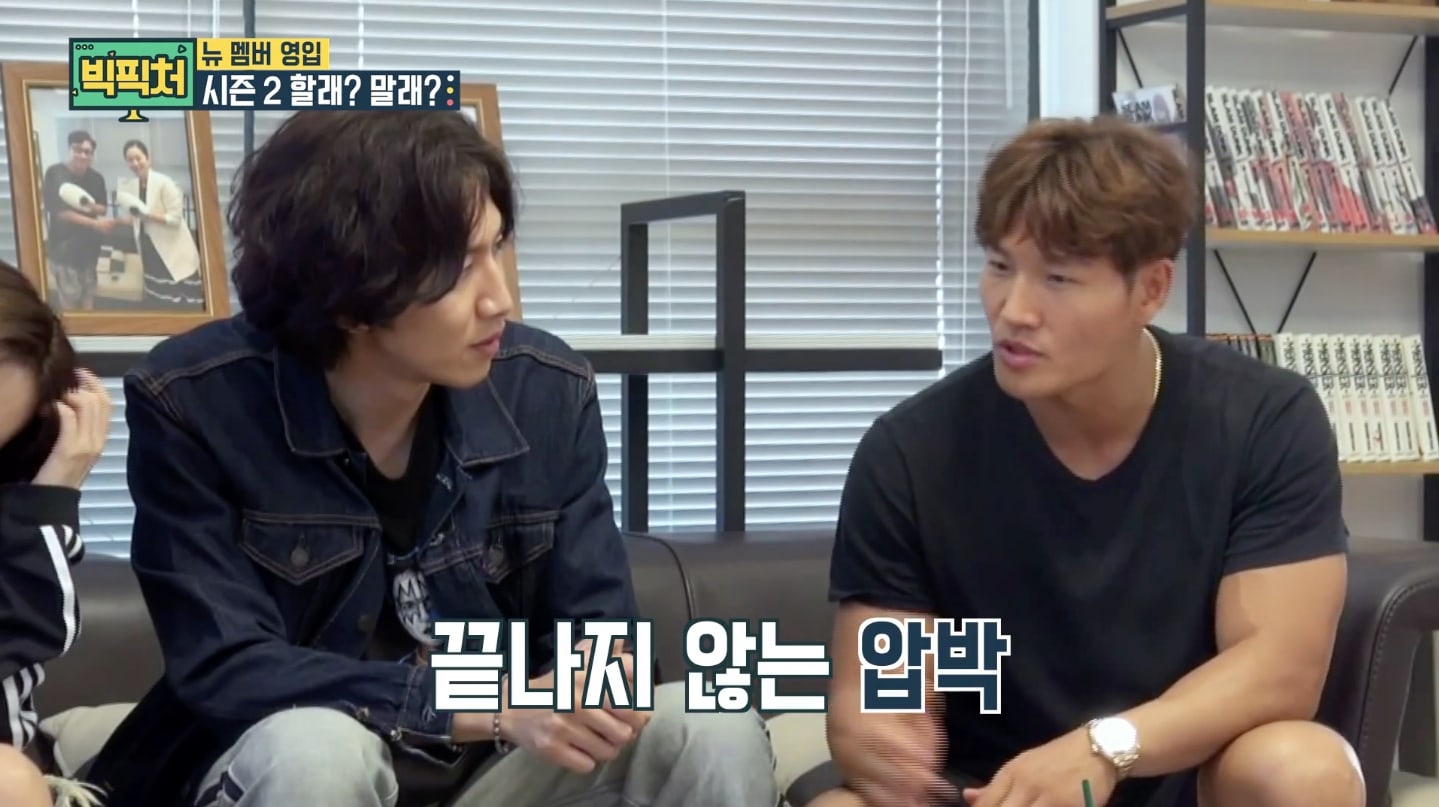 In the end, Lee Kwang Soo couldn’t withstand the relentless attacks, and he agreed to appear on 10 episodes of “Big Picture.”

However, Lee Kwang Soo didn’t forget to express how he felt about the decision—at the end of the episode, the actor joked, “If I had exactly one opportunity throughout my whole life to turn back time, I would choose today. Really. I’ve never regretted anything more in my life. I think I was possessed.” 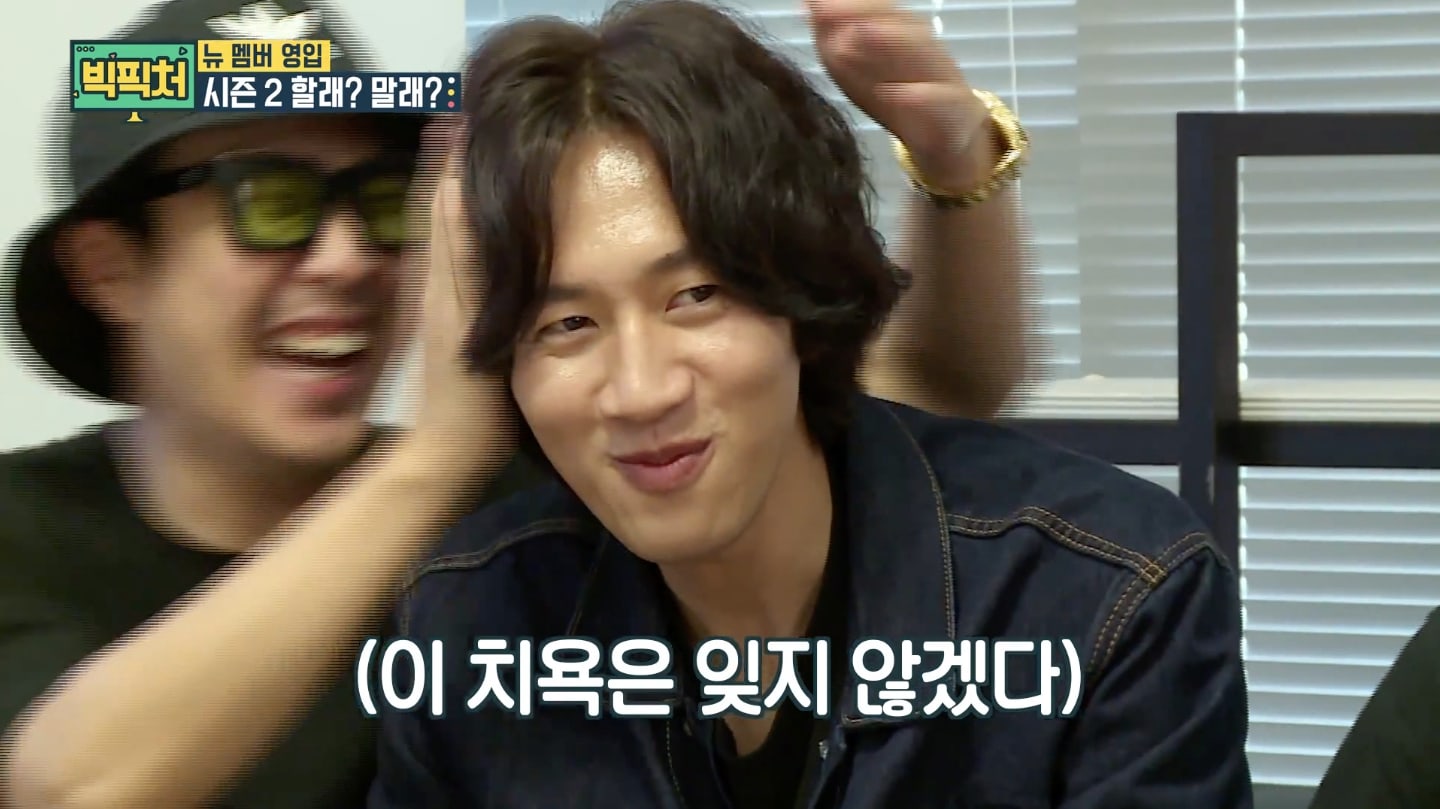 Are you looking forward to seeing more of the three friends together on “Big Picture”?