Blood is thicker than water for Park Eun Bin in the latest stills from “Judge vs. Judge.”

In the last episode, Lee Jung Joo reveals to her fellow judges that Choi Kyung Ho (Ji Seung Hyun), though he has changed his name, is her older brother and that therefore she cannot judge his case.

In the new stills, Park Eun Bin has a tearful reunion with her older brother in prison as she holds something to the glass for him to read. Although her brother tries to keep his face expressionless, he also looks on the verge of tears. 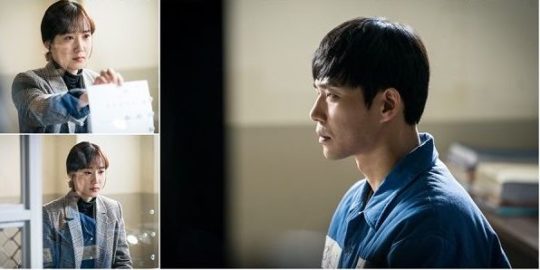 The scene was filmed on November 29 at the SBS Ilsan Production Center. The shoot started at 7 p.m. and went on for three hours. Park Eun Bin began getting into character before the cameras started rolling so that she could start crying on cue.

The production staff stated, “Park Eun Bin perfectly inhabits the role of Lee Jung Joo and captures her complicated emotions naturally. As her suspicions grow that her brother, the reason she became a judge, may not have been responsible for the crime after all, Lee Jung Joo is thrown into a dilemma. Whether she will be able to unveil the truth will be revealed in the December 6 episode.”

You can watch the latest episode of “Judge vs. Judge” below!

Park Eun Bin
Judge vs. Judge
How does this article make you feel?