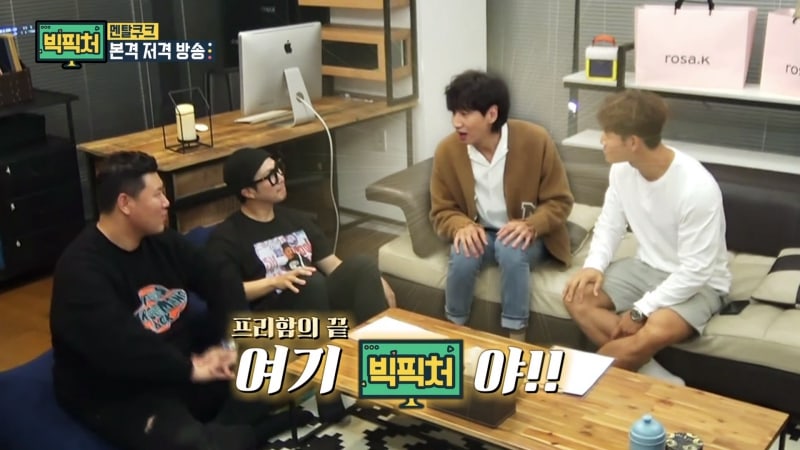 On the December 6 episode of “Big Picture,” Lee Kwang Soo’s failure to join the program for its second season was met with endless teasing by HaHa and Kim Jong Kook.

Kim Jong Kook, HaHa, and Lee Kwang Soo gathered for the filming of what would become the final episode of “Big Picture.” Although Lee Kwang Soo had promised that he would appear on 10 episodes after HaHa’s hilarious persuasion, as shown in the previous episode, he couldn’t actually keep his promise due to his drama and movie schedules that were already fixed beforehand.

Lee Kwang Soo was sincerely apologetic, with HaHa and Kim Jong Kook saying he didn’t have to feel that sorry. Soon, however, HaHa joked that Lee Kwang Soo could pay for the episodes instead, followed by Kim Jong Kook who claimed that he could always join the program for its third or fourth season. “If you really don’t want to join, just keep on scheduling new jobs,” he added. 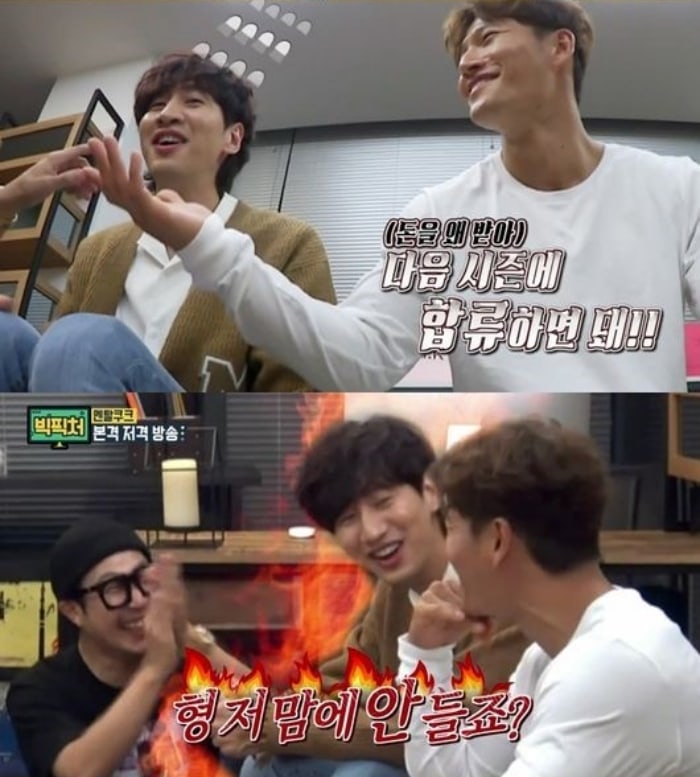 Kim Jong Kook and HaHa’s hilarious teasing seemed to go on forever. With Lee Kwang Soo seated between them, they jokingly asked him questions like, “Why did you dress up like this?” and “Why is your hairstyle like that?” Lee Kwang Soo couldn’t even answer the questions and left everyone on set laughing.

When asked to recommend a new member, Lee Kwang Soo picked Ji Suk Jin, but Kim Jong Kook immediately turned him down. HaHa commented that he wanted BIGBANG’s G-Dragon to be the new member. When the show’s producing director recommended Yang Se Hyung, HaHa replied, “He’s good, but he’s too busy.” To this, Kim Jong Kook piped in to say that no one was busier than Lee Kwang Soo, once again teasing his friend.