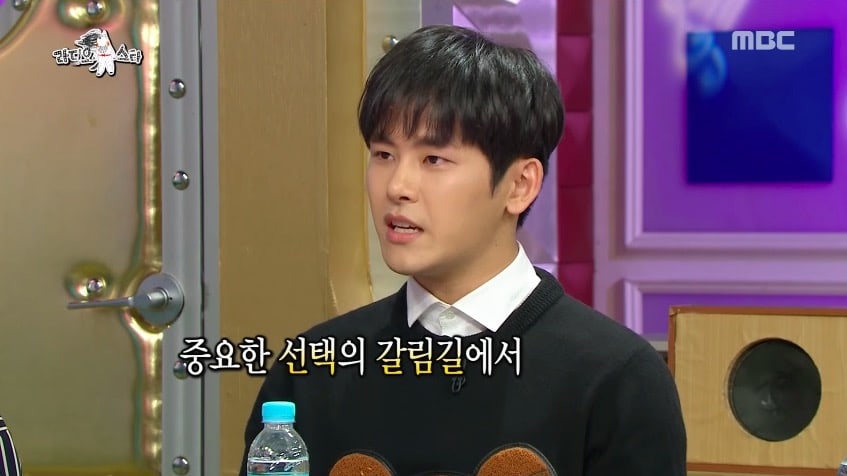 Hoya Opens Up About Leaving INFINITE And Woollim Entertainment

On the December 6 episode of MBC’s “Radio Star,” former INFINITE member Hoya (also known as Lee Howon) talked about why he left the group.

The MCs asked Hoya how long it had been since he joined his new agency. Hoya stated, “It’s been about one or two months. [After I left] I am currently with a new agency. I plan to pursue both acting and music.”

MC Kim Gura asked, “When you left, didn’t the members hold onto you [asking you to stay]?” to which Hoya answered, “Even before it happened, we had a lot of discussion about it, so they all knew about it. The things that I wanted to do and what the company wanted to do were different, and the contract expiring happened to be around the same time, so I left.”

Hoya
INFINITE
Radio Star
How does this article make you feel?