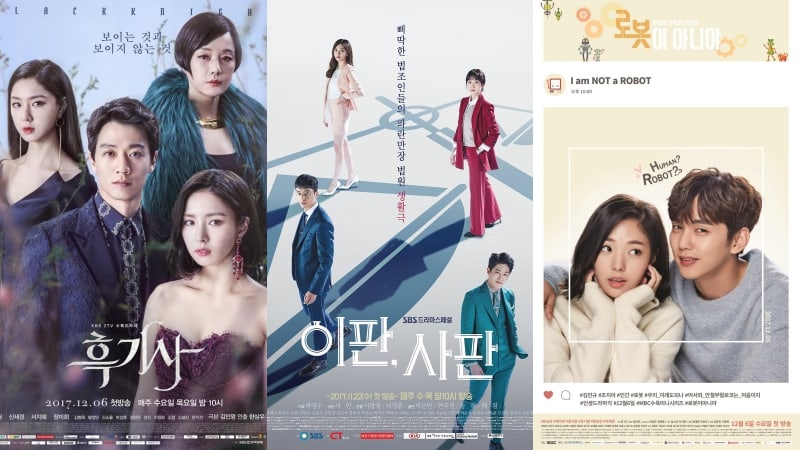 “Judge Vs. Judge” Remains On Top Despite Premieres Of “Black Knight” And “I Am Not A Robot”

The battle for Wednesday-Thursday night viewership ratings has new contenders with the premieres of KBS 2TV’s “Black Knight” and MBC’s “I Am Not a Robot” on December 6.

“Black Knight” came in at second place with national viewership ratings of 6.9 percent thanks to leads Kim Rae Won, Shin Se Kyung, and Seo Ji Hye‘s acting, which shined during the first episode of this mysterious fantasy melodrama.

“I Am Not a Robot” came in third place after recording 3.6 percent during its first part and 4.1 percent during its second. This unique romantic comedy showed the strong chemistry between leads Yoo Seung Ho and Chae Soo Bin along with their comedic acting.

Previously, at the press conferences for their respective dramas, Yoo Seung Ho made a pledge that he would hold an autograph session at Myeongdong if “I Am Not a Robot” achieves ratings of over 25 percent, while Kim Rae Won promised to open a pop-up restaurant where he would serve viewers sashimi.

Watch the latest episode of “I Am Not a Robot” now!

Black Knight
Judge vs. Judge
I Am Not A Robot
How does this article make you feel?