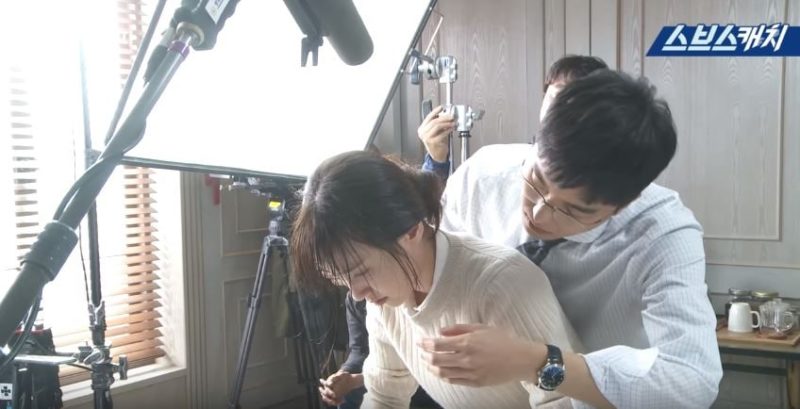 In the video, they are filming the scene where Yeon Woo Jin is drying Park Eun Bin’s wet hair as she fervently looks through documents. However, during rehearsal, Yeon Woo Jin seems to be doing a clumsy job because a staff member comes over and gives him a couple tips about how to do the scene.

Later, due to Park Eun Bin bursting into laughter, they have to try again. One of the production crew members describes Yeon Woo Jin’s careful act of drying her hair as “uncool,” to which he asks in disbelief, “It wasn’t?”

Yeon Woo Jin tries again, but he fails to get the approval of the director once again. Yeon Woo Jin sheepishly says, “I can’t get into the right position.” In the end, they succeed in filming the scene. Yeon Woo Jin smiles in satisfaction and says, “That was natural.” Someone from the production crew adds, “It was heart-stopping,” bringing an even bigger smile to his face.

“Judge vs. Judge” airs every Wednesday and Thursday at 10 p.m. KST. Check out the latest episode below!