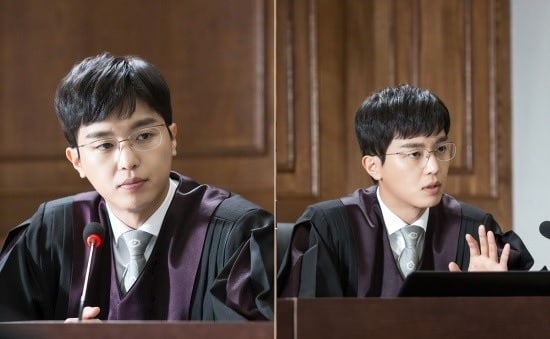 Previously in episodes 9 and 10, which aired on December 6, Sai Eui Hyun and his relentless, straightforward lines were a breath of fresh air for viewers.

First, to Judge Yoon (Oh Na Ra), who insisted on keeping the triangle-formation for judges, he said, “If the custom reveals the hierarchy of the judges, I believe breaking the custom is better than keeping it.” He also defended Lee Jung Joo (Park Eun Bin) from being disciplined by the head chief Seo Dae Soo (Kim Min Sang) for participating in her brother’s case.

When Lee Jung Joo suspected Do Ha Joon (Dong Ha) of being the real culprit, Sai Eui Hyun told her, “This is about making someone into a criminal. Unless we have clear evidence, hasty conclusions should be avoided.”

“Judge vs. Judge” airs every Wednesdays and Thursdays at 10 p.m. KST.