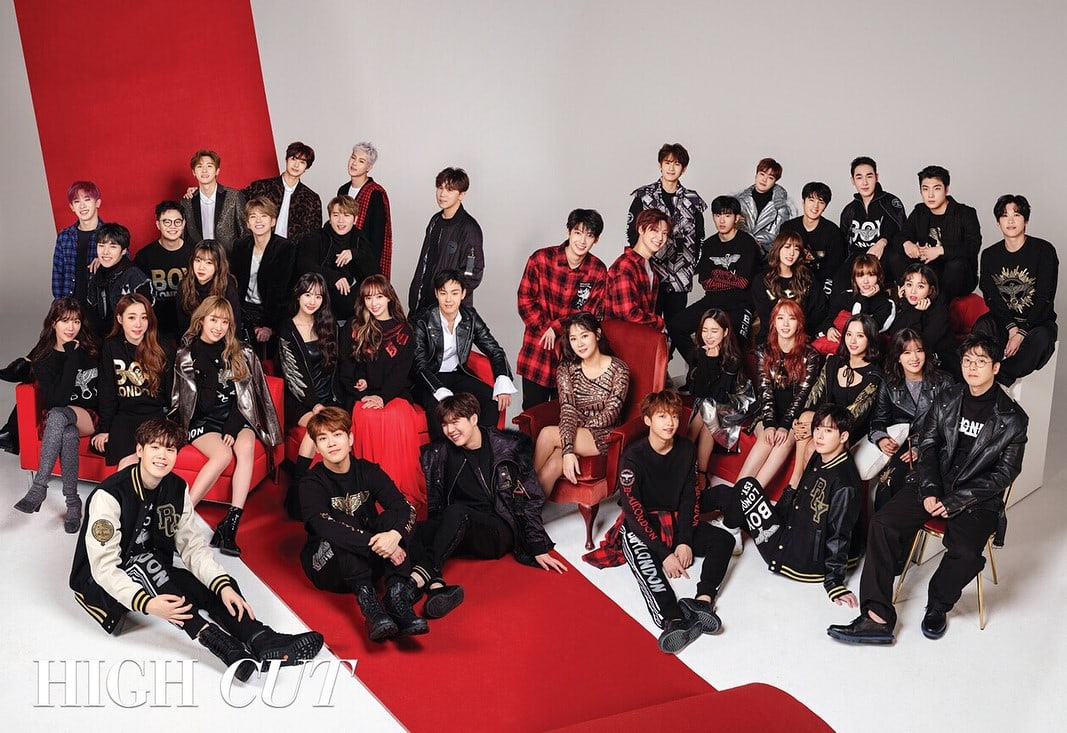 On December 7, High Cut released photos from their photo shoot with the Starship family for their annual Starship Planet track. Starship Entertainment is known for their end-of-year Christmas collaboration tracks; however, this is the first year that the entire Starship family will be releasing a track together.

The stars also participated in an interview, where they were asked to name the best and worst things they accomplished this year. K.Will chose creating his fanclub HYUNGKNIGHT as the best thing and failing his diet as the worst thing. Boyfriend’s Minwoo replied, “Both the concert and world tour were things that I did well in and not so well in,” while MONSTA X’s Hyungwon answered, “[The best is] being able to meet a lot of Monbebes through our overseas tours and [the worst is] injuring my leg and not being able to participate in some tours.” 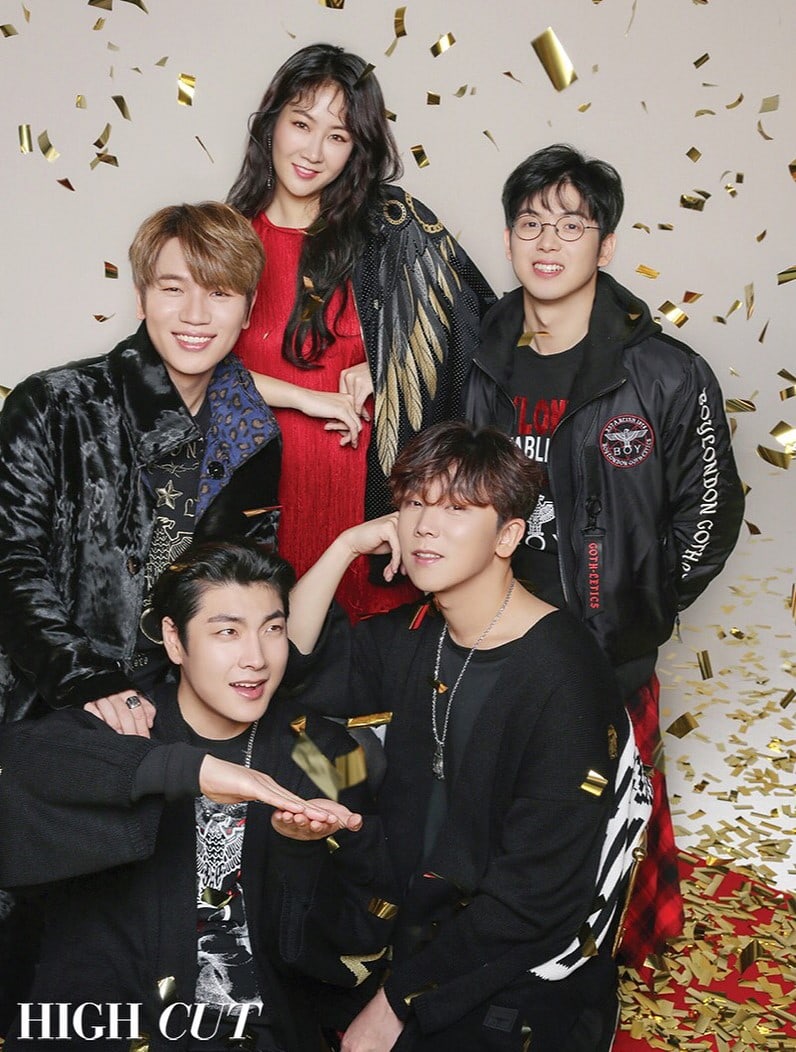 The members of Cosmic Girls were asked to pick a Starship family member they liked the most and wanted to become closer with. The girls picked Soyou, and Bona explained, “I always wanted to get close to her but I was always too embarrassed,” while Subin answered, “I want to inherit the title ‘the goddess of collaboration.'” Yeonjeong commented, “I think if I got close to Soyou, she would be very reliable and there are a lot of things I could learn from her.” 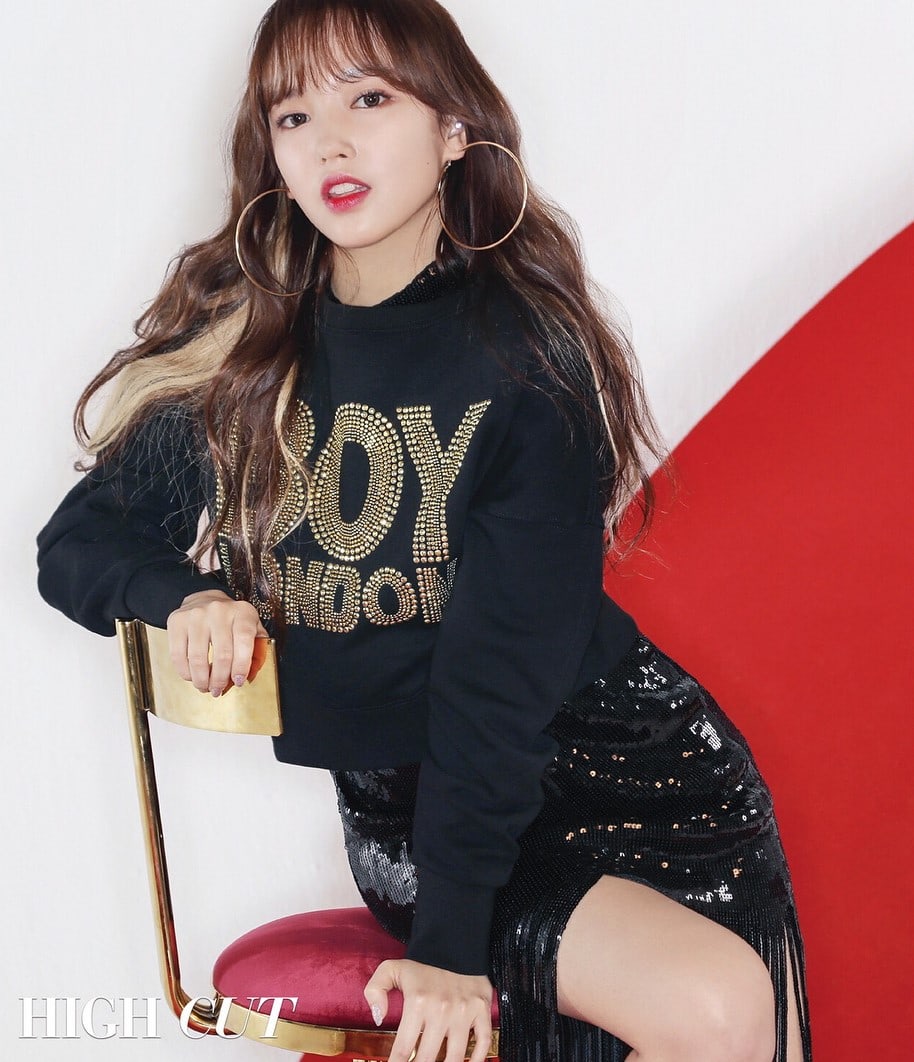 When asked how they personally dealt with the cold winter weather, Soyou answered, “I work hard on my solo activities.” Jeong Sewoon replied, “[In the winter,] I work on my music in the warmth of my house.” MONSTA X’s Shownu said, “I wear a thick coat and long johns,” while Boyfriend’s Donghyun laughed and said, “I don’t have any, so let me know.” 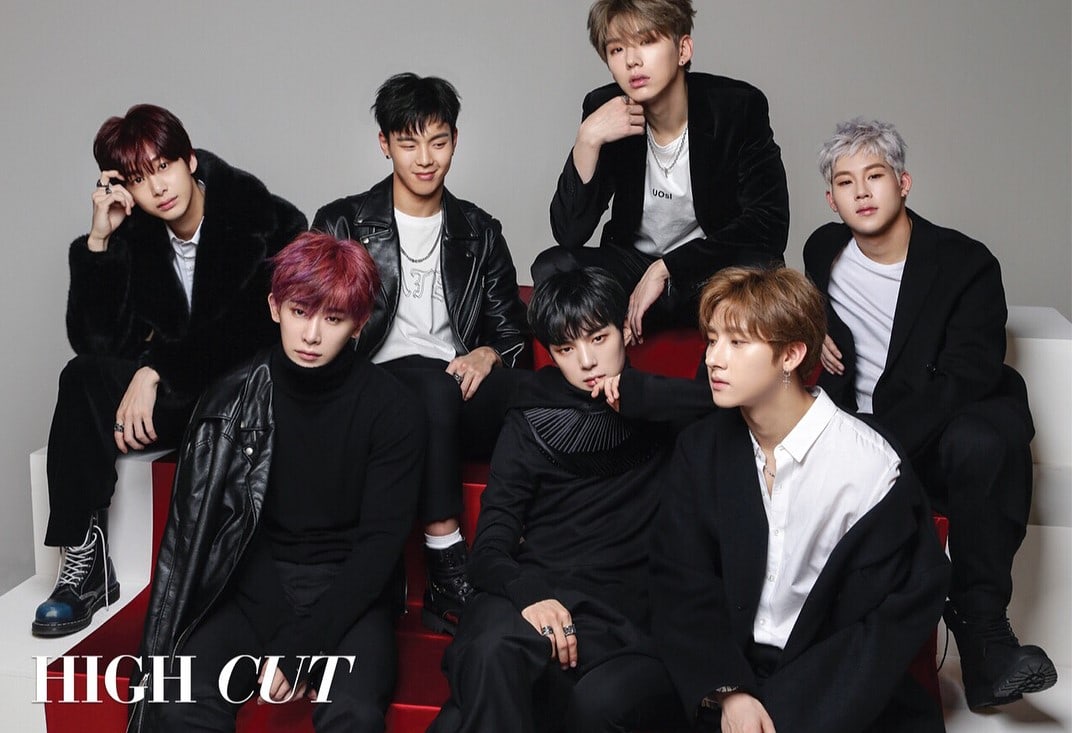 Starship Planet will be releasing their holiday track “Christmas Day” on December 8 at 6 p.m. KST.