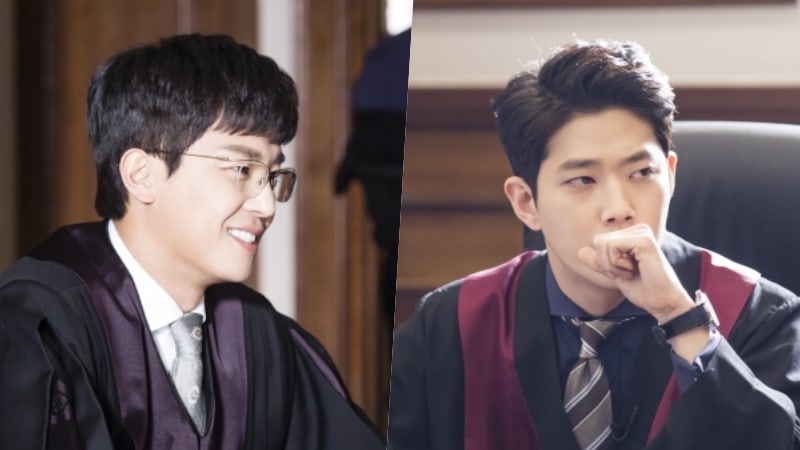 Yeon Woo Jin And Dong Ha Get Into Character Behind The Scenes Of “Judge Vs. Judge”

The photos show the actors hard at work as they prepare to shoot an intense courtroom scene. Yeon Woo Jin looks serious as he intently watches footage from a take, while Dong Ha closely monitors his own performance on his cell phone. 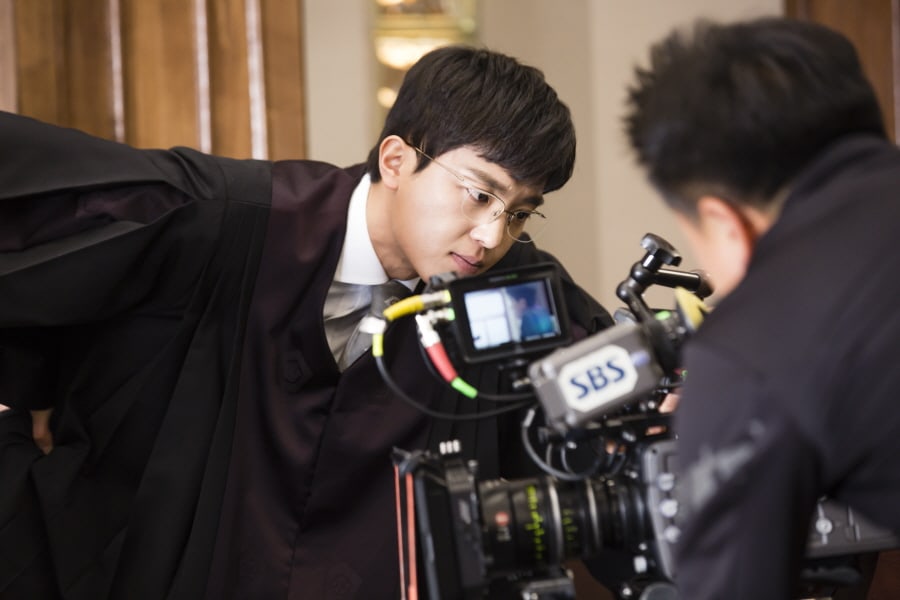 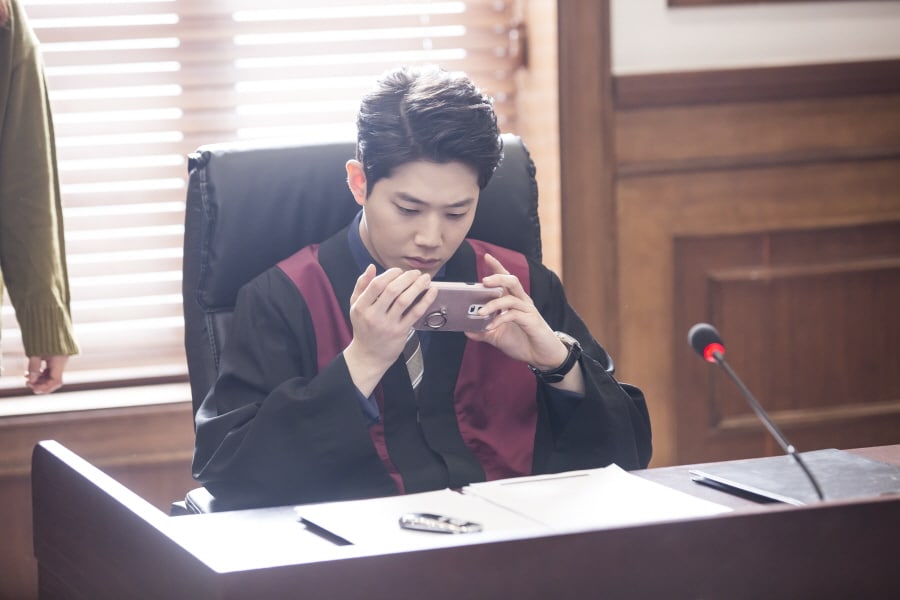 The photos also show the actors listening attentively to director Lee Kwang Young’s suggestions. According to the filming crew, both Yeon Woo Jin and Dong Ha were so focused on rehearsing, their scripts barely ever left their hands. 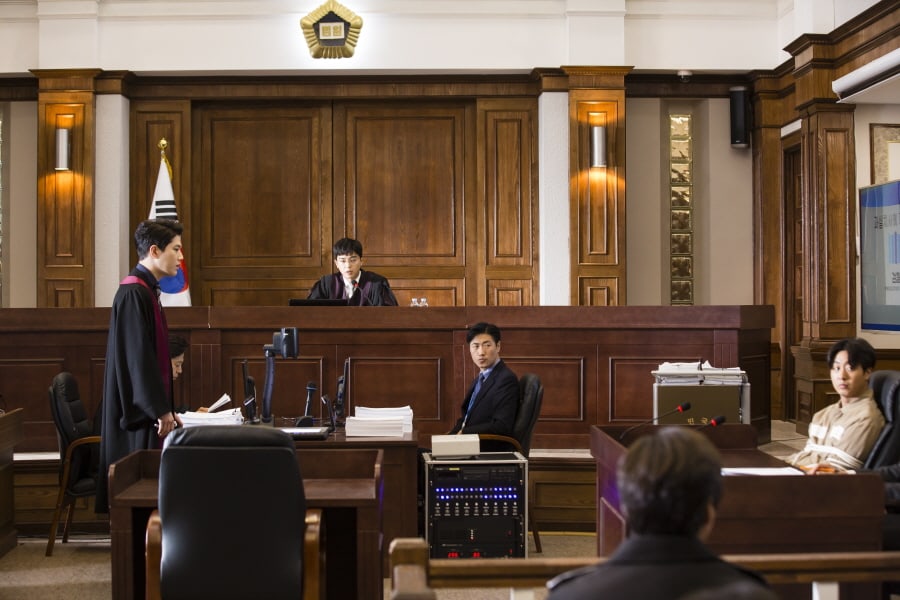 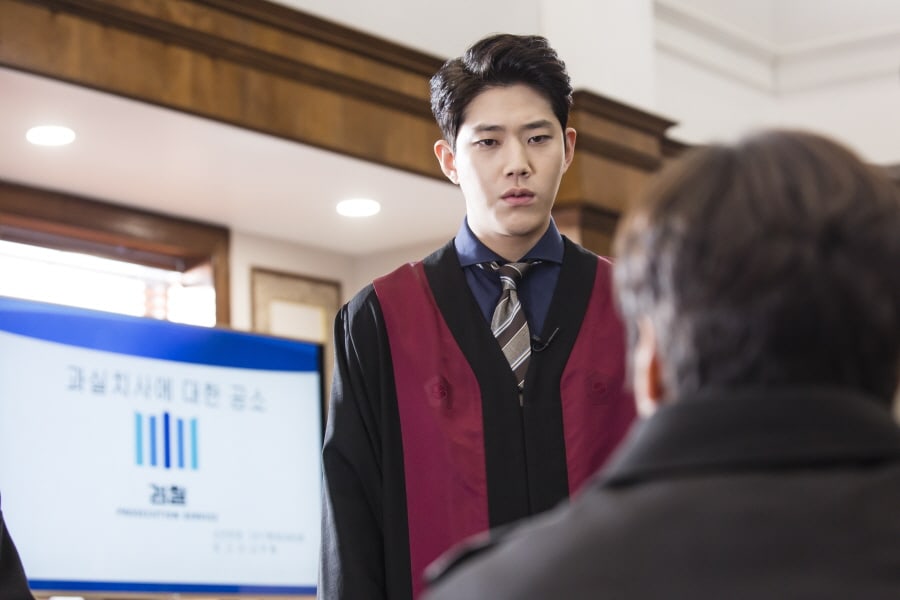 Both actors play stern, passionate characters in the drama — Yeon Woo Jin plays Sa Eui Hyun, a fair and justice-seeking judge, while Dong Ha plays Do Han Joon, the fierce “mad dog prosecutor” of the violent crimes unit. Reportedly, the two actors stayed in character and maintained the tense, somber atmosphere of the scene throughout the rehearsal. 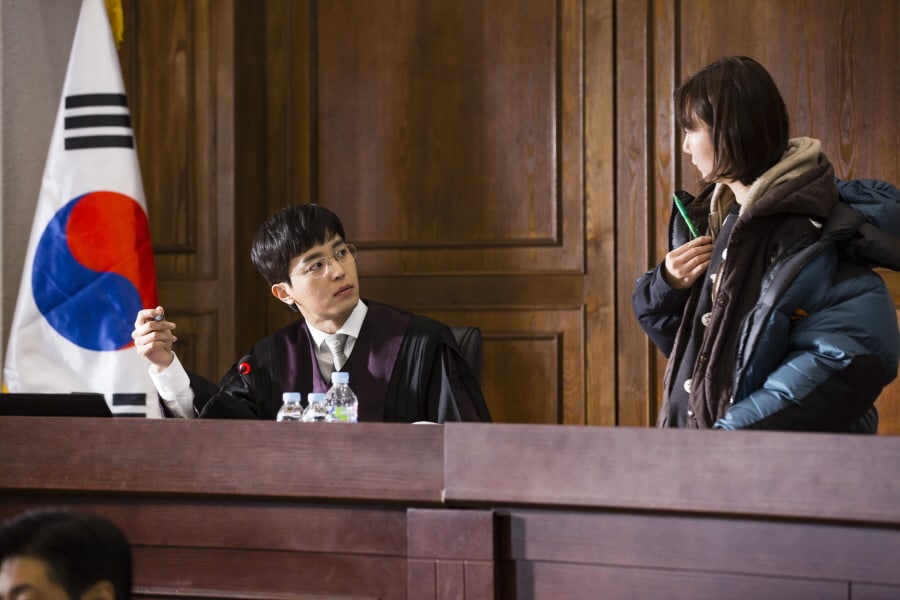 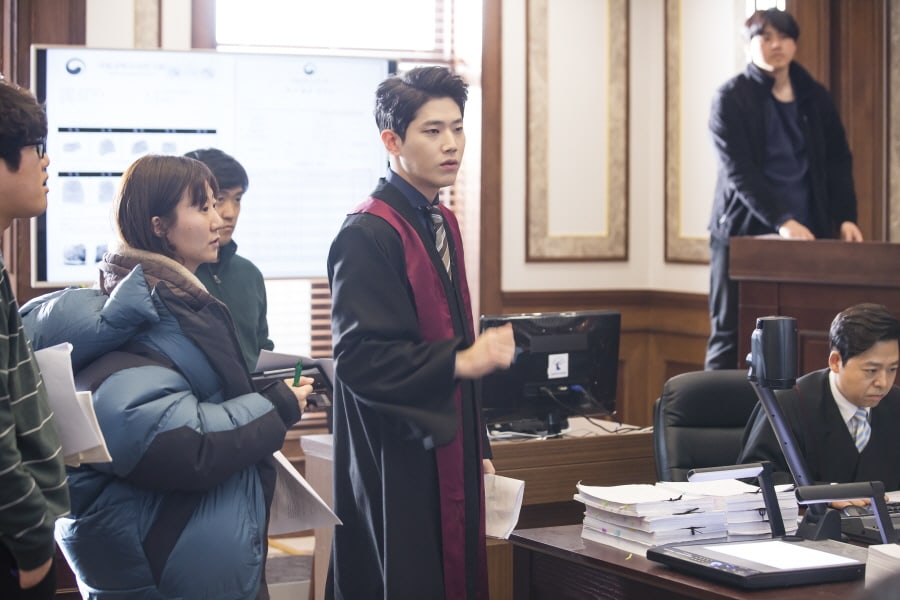 The courtroom scene was filmed on December 5, with both Yeon Woo Jin and Dong Ha impressing the production team by giving the rehearsal their all. The producers of the show remarked, “Yeon Woo Jin and Dong Ha have a strong bond and working relationship, and they engage in both serious discussions about their acting and lighthearted chit-chat about trivial matters. As a result, they have been showing amazing chemistry in their acting.”

They also promised viewers that they could look forward to the upcoming episodes of the drama, in which Sa Eui Hyun and Do Ha Joon continue their fierce, relentless chase for the truth behind Kim Ga Young’s murder.

The next episode of “Judge vs. Judge” airs on December 13 at 10 p.m. KST. In the meantime, watch the latest episode below!

Yeon Woo Jin
Dong Ha
Judge vs. Judge
How does this article make you feel?