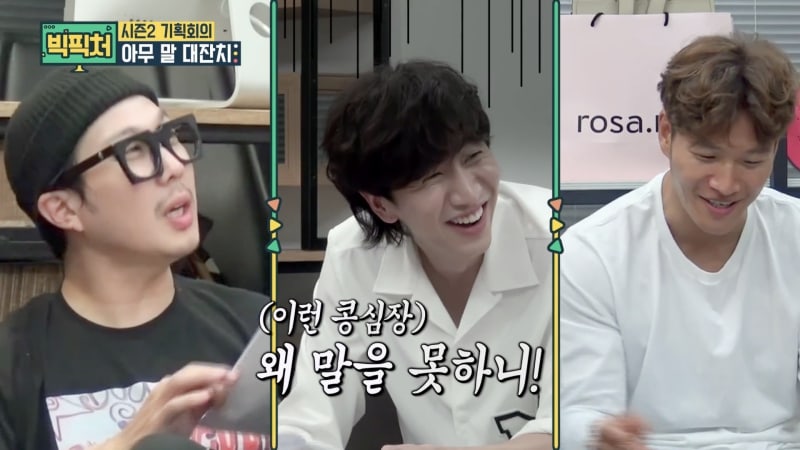 On the December 12 episode of “Big Picture,” HaHa, Kim Jong Kook, and Lee Kwang Soo sat around to talk about season two of the online variety show.

Previously, Lee Kwang Soo had promised HaHa and Kim Jong Kook that he would appear on 10 episodes, but due to scheduling conflicts, he was unable to make the scheduled appearances. The two MCs were determined to have him on their show and said, “If you can’t come on season two, you can come on season three or season four.”

During their brainstorming meeting, Kim Jong Kook and HaHa came up with outlandish ideas to get Lee Kwang Soo riled up, then accused Lee Kwang Soo of not being sincere if he didn’t seem all that enthusiastic. After listening to some of the ideas, Lee Kwang Soo commented, “What I regret the most is that I didn’t bring a bomb here. That’s the only solution,” and made everyone burst into laughter. 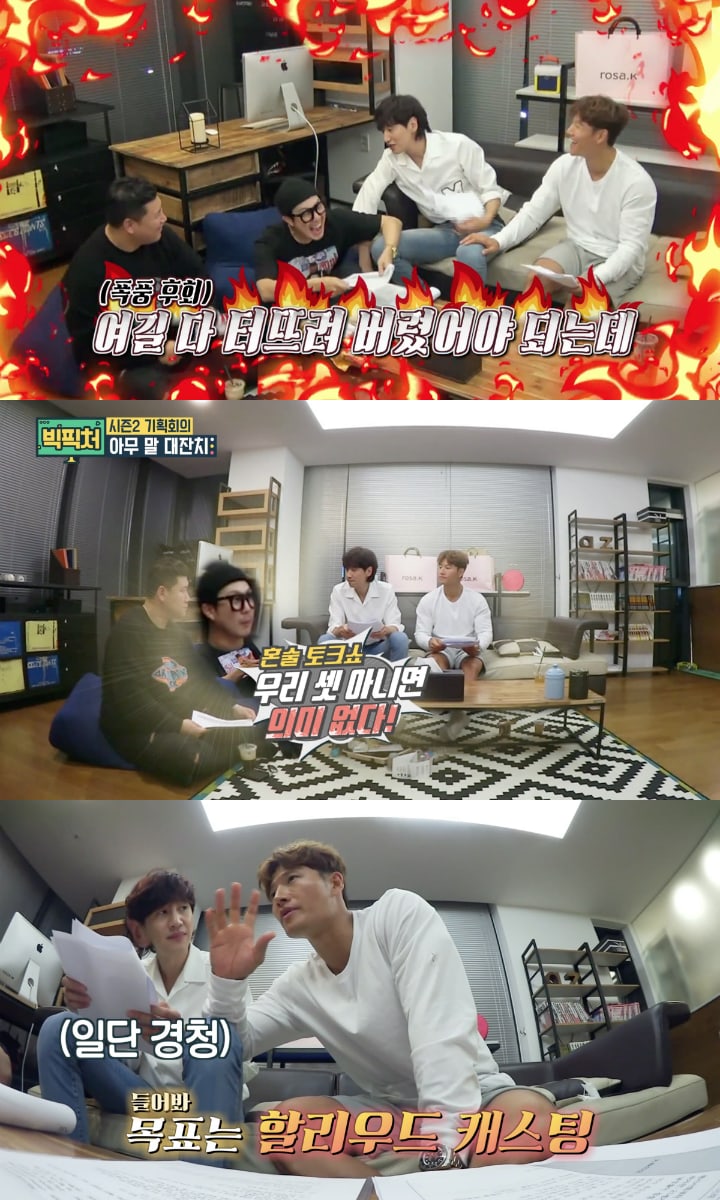 HaHa suggested that the trio interview celebrities since Lee Kwang Soo is a really good listener, Kim Jong Kook is good with straightforward remarks, and HaHa can warm up the guests. HaHa claimed, “This concept is something only the three of us can pull off,” to which Lee Kwang Soo responded, “Then let’s not do it. You can find something else.”

Kim Jong Kook suggested a project to get Lee Kwang Soo cast into a Hollywood film where he and HaHa would act as his managers. The actor calmly listened before twisting Kim Jong Kook’s finger and shouted, “I don’t want it!”

HaHa pitched two more ideas. Since they were unable to complete Lee Kwang Soo’s hidden camera prank, he suggested that they film a huge hidden camera prank but make it really obvious with visible cameras. The point would be for Lee Kwang Soo to pretend to be oblivious to it all, then act shocked in the end. Kim Jong Kook added, “We would like it if you could cry as well. What do you think?”

“Wow I really want to beat you up,” Lee Kwang Soo joked. HaHa added that Kim Jong Kook would reveal his ex-girlfriends as well, and Kim Jong Kook accepted only under the condition that HaHa does it as well. 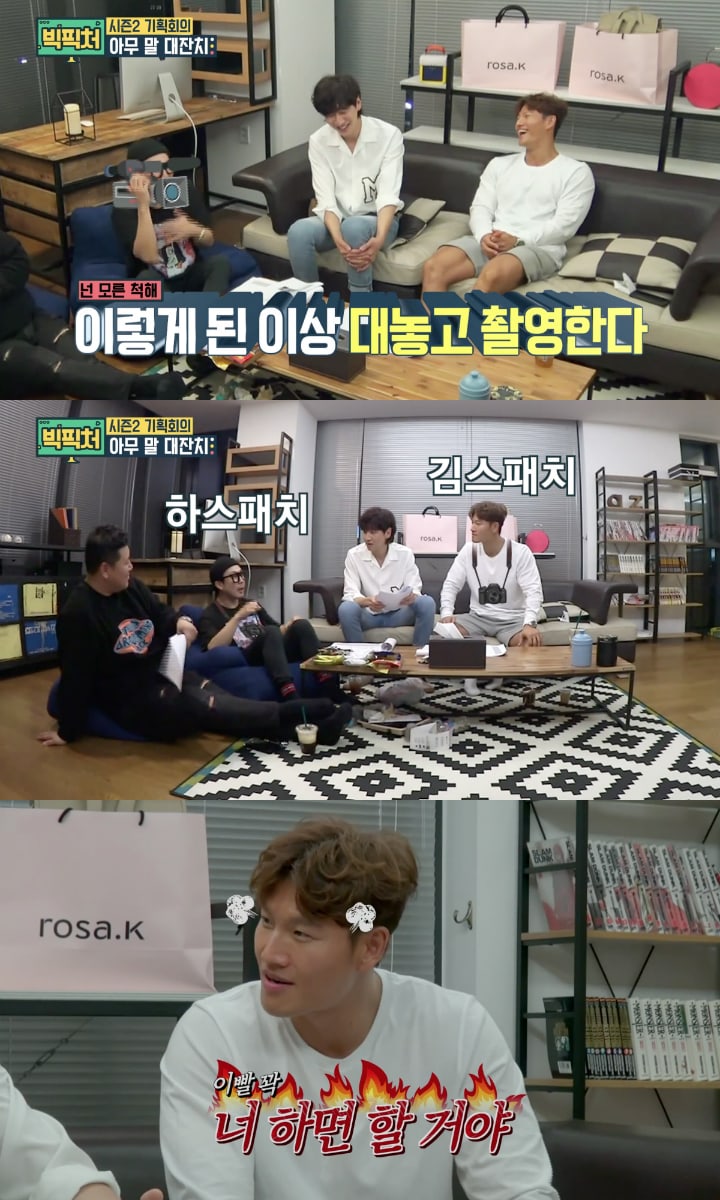