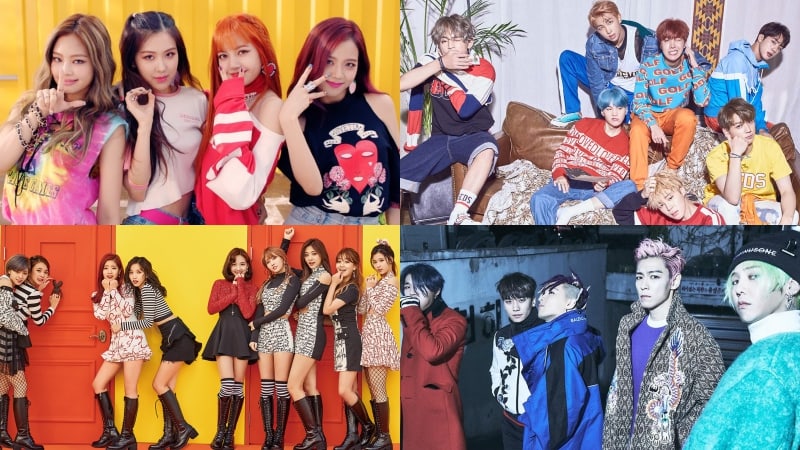 After releasing statistics last week for the most popular videos in Korea, YouTube has now unveiled international statistics!

BLACKPINK’s “As If It’s Your Last,” which placed No. 8 in Korea, was the most viewed K-pop music video outside of Korea. BTS took second with “DNA,” third with “Not Today,” and fifth with “Spring Day.”

TWICE placed No. 4 with “Knock Knock” and No. 6 with “Signal,” which took first and second, respectively, in Korea. BIGBANG’s “FXXK IT” came in at No. 7. 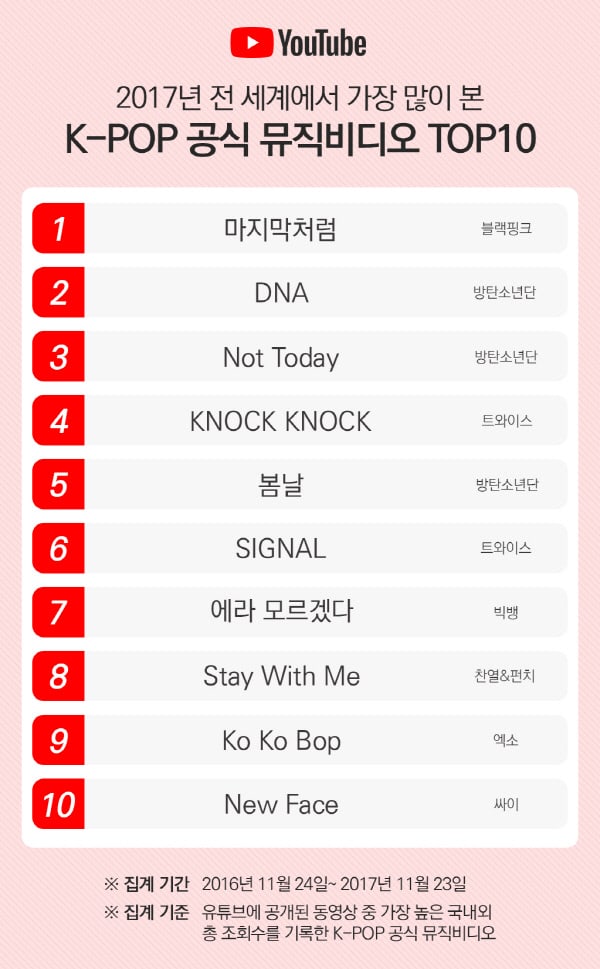 YouTube also revealed the K-pop channels with the most increase in subscriptions outside of Korea.

ibighit, the official channel of BTS’s agency Big Hit Entertainment, topped the list. 66 percent of ibighit’s subscriptions were gained this year, and 96 percent of these were outside of Korea.

For individual artist channels, YG Entertainment artists BLACKPINK placed No. 2, BIGBANG placed No. 6, and PSY placed No. 7. KARD took No. 9 with more than 98 percent of their total subscriptions being from 2017. GOT7 took No. 10. 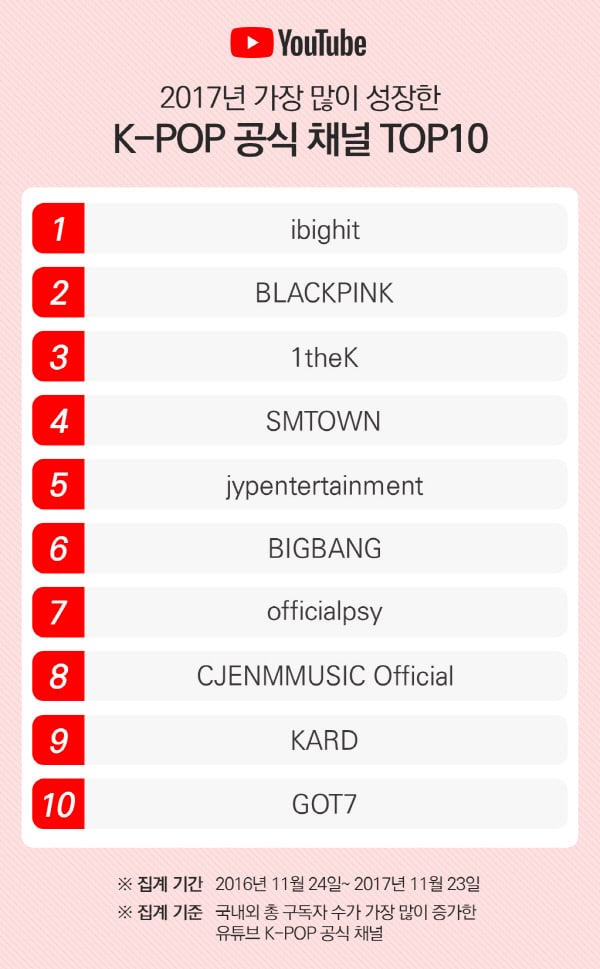