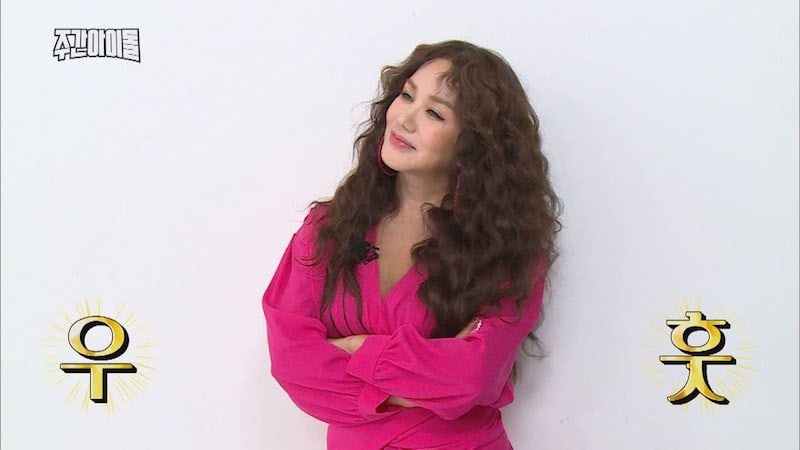 During a fabulous appearance on the December 13 episode of MBC Every1’s “Weekly Idol,” veteran singer and actress Uhm Jung Hwa revealed which juniors she keeps up with.

Since her debut as an actress in 1992 and a singer in 1993, Uhm Jung Hwa has cemented herself as a multi-entertainer, and is known for both her music and acting. Often referred to as one of the original “sexy divas,” and “Korea’s Madonna,” she has been named as a role model for many current singers.

When Jung Hyung Don asked who which of her juniors she keeps an eye on, and thinks will be “the next sexy diva after herself,” Uhm Jung Hwa responded, “Sunmi, EXID, and Red Velvet.” She even showcased a little of Sunmi’s choreography, despite claiming that she has never practiced it.

The veteran singer also introduced her latest title track “Ending Credit,” saying, “It’s my newest track in about a year. Metaphorically similar to a movie, it talks about someone who falls in love as if it was fate, but eventually breaks up. I felt like tearing up when I heard this song.”

Uhm Jung Hwa
Weekly Idol
How does this article make you feel?