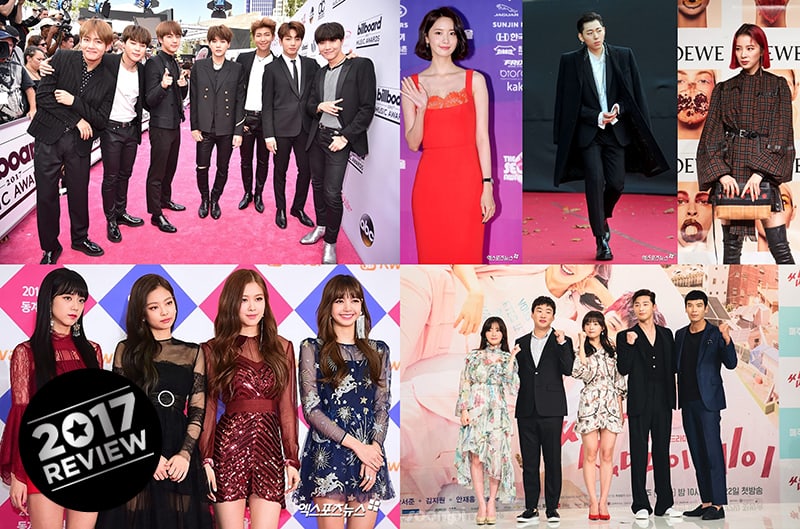 All That Glam: The Stand-Out Korean Fashion Moments Of 2017

Korean fashion has undoubtedly taken the whole world by storm as more and more K-pop and K-drama audiences continue to look up to today’s top Korean stars for inspiration in style and beauty. 2017 has been a ripe year for fashion, as several prestigious events and award shows become the playground for stars to show off their charm, grace, and express their personal style on the red carpet. As we say hello to the new year, we look back at the crazy, chic, and big fashion moments that made 2017 unforgettable.

It’s the usual scenario during Korean photo calls: stars stop to pose in front of the cameras, smile, and put one of their hands up as though they’re making a pledge or they’re about to give someone a high five. But not for comedienne Jang Do Yeon, who stepped out of the Baeksang Arts Awards doing every imaginable pose and looking like she came straight out of a high fashion magazine. She did it to look funny of course, but you gotta give the girl some props for adding some humor, variety, and fierceness on the red carpet. Plus, her confidence is topnotch, and she really did look great! 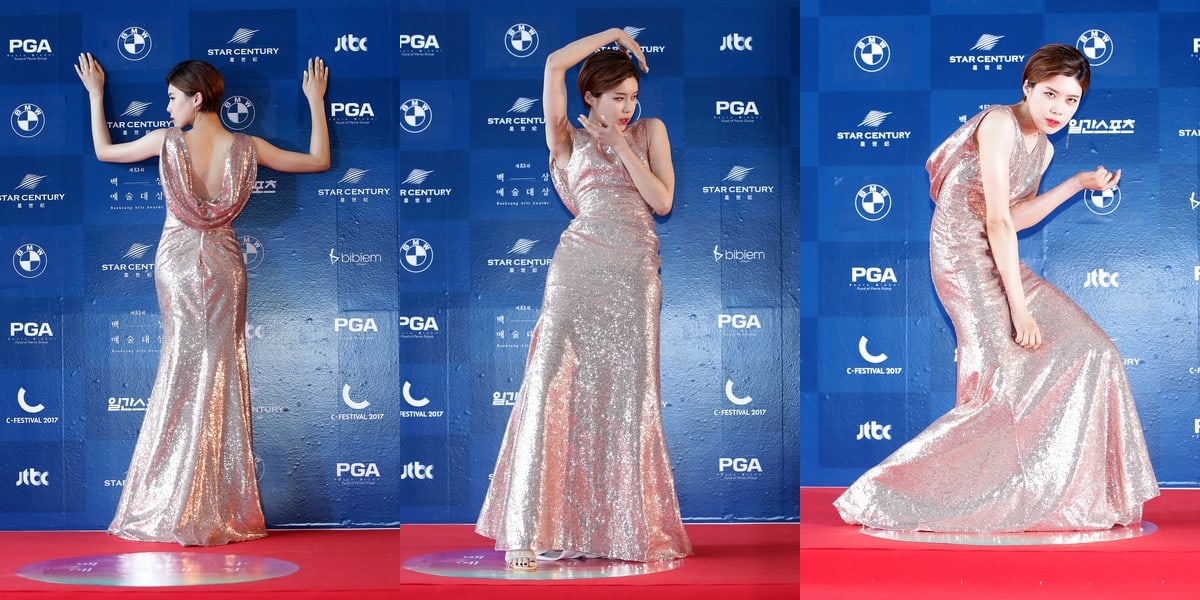 Song Il Gook’s triplets Daehan, Mingook, and Manse looked all grown up when they made an adorable appearance at the Busan International Film Festival wearing khaki and navy suits that matched their equally dashing father. It was cuteness overload as we can see the triplets’ personalities we all know and love: Daehan being shy and quiet, Mingook being cute, and Manse as his usual mischievous self! 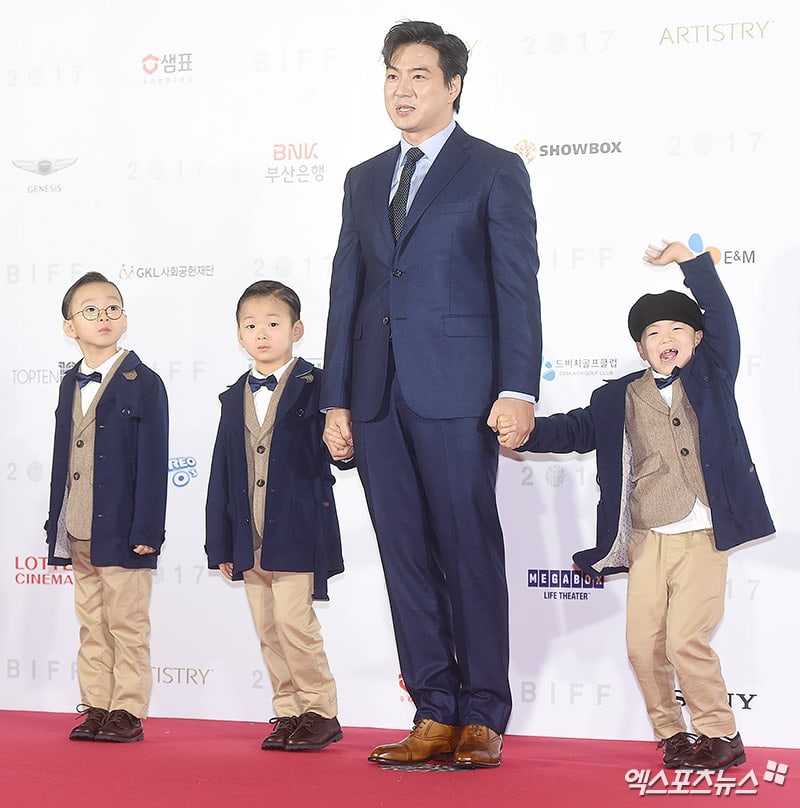 Black is definitely the fail-proof choice as the classic color can be seen on several stars. However, Suzy, Lee Young Ae, and Irene of Red Velvet stood out for their grace and beauty by wearing black dresses with simple cuts and sophisticated silhouettes. 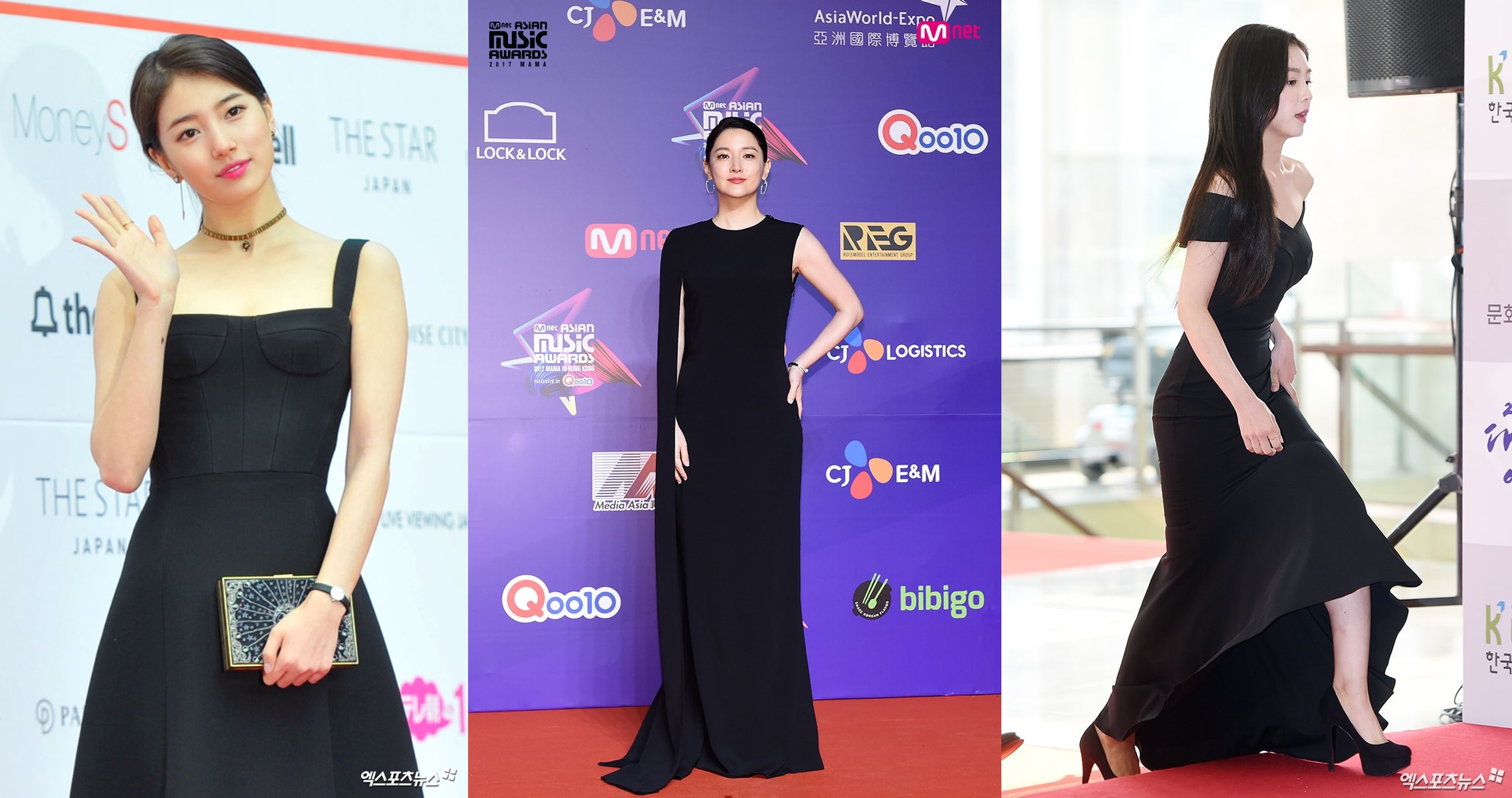 Another color of choice is the pure and refreshing white, which brought out a more feminine and classy vibe to Park Min Young with her figure-hugging gown with florets, Min Hyo Rin and gugudan’s Kim Sejeong with their tulle gowns, and Han Ji Min in her lace, off-shoulder look. 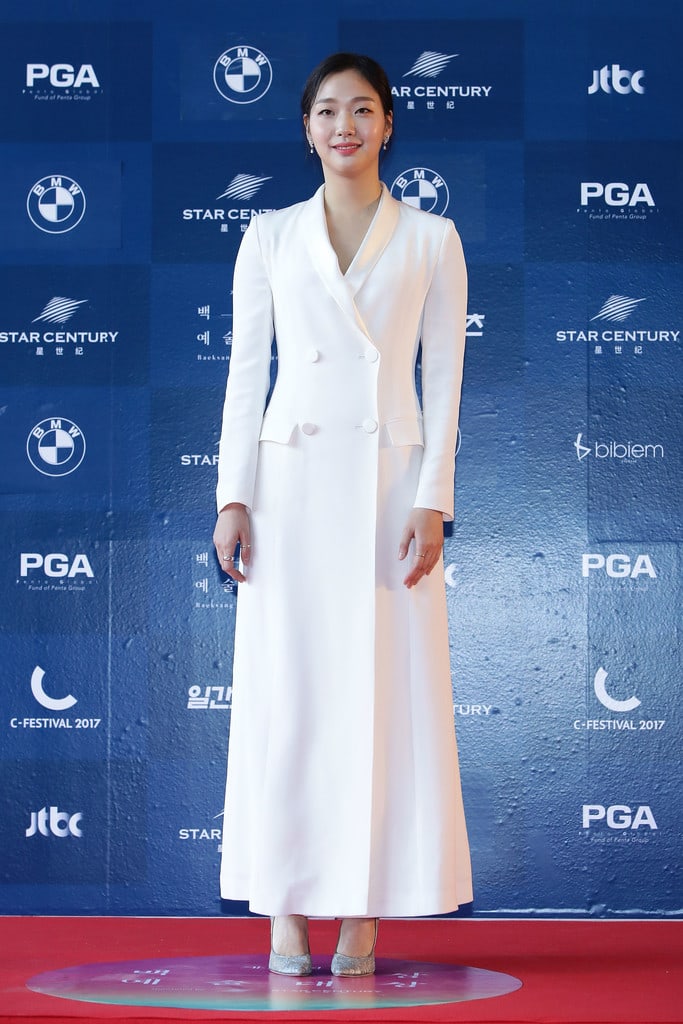 Then there are moments when time seems to stop whenever jaw-dropping, handsome stars descend on the red carpet like princes coming down from their white horses. Park Seo Joon, Choi Minho, and Park Bo Gum all have charm and charisma that capture hearts in every single step. 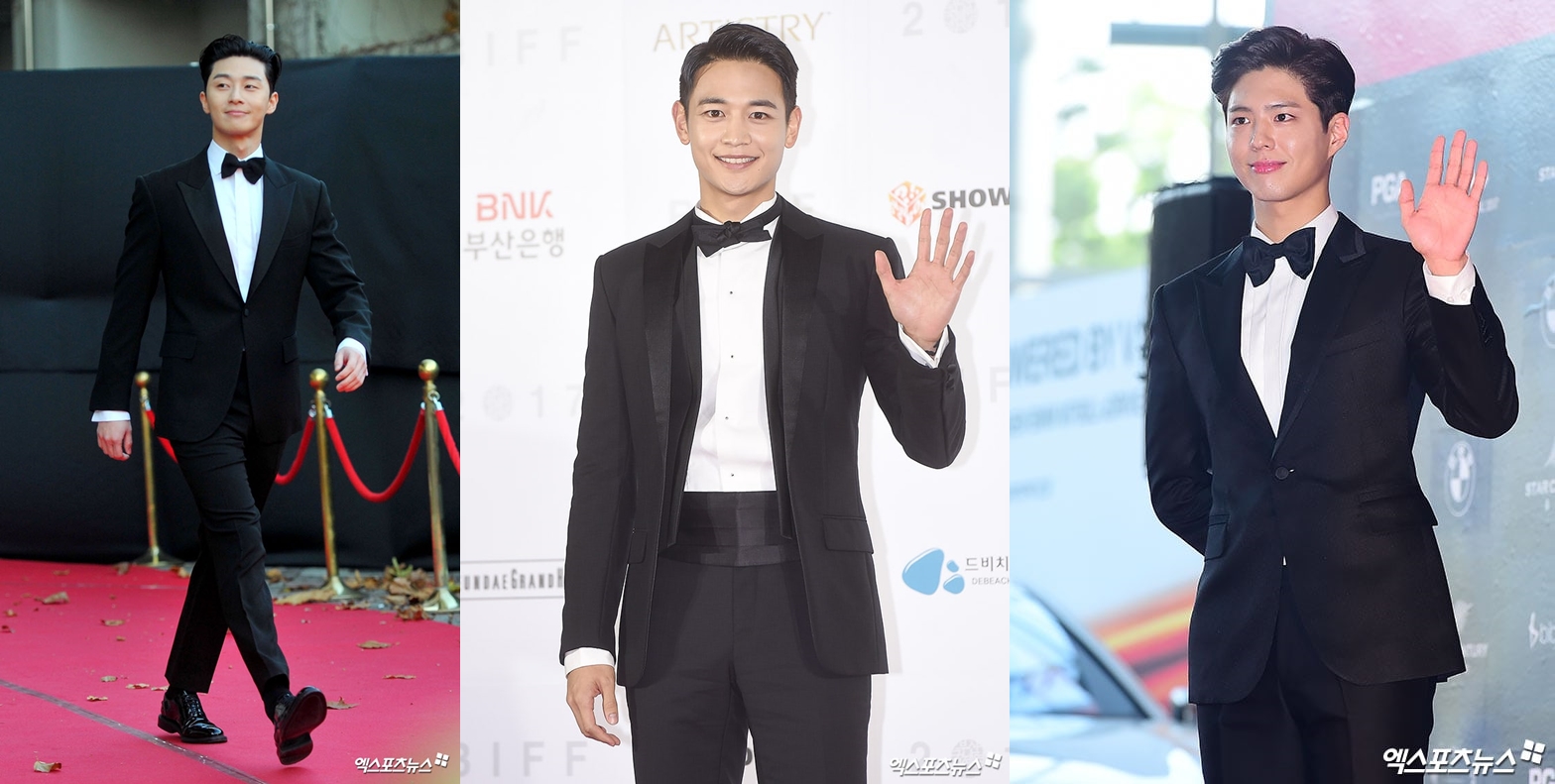 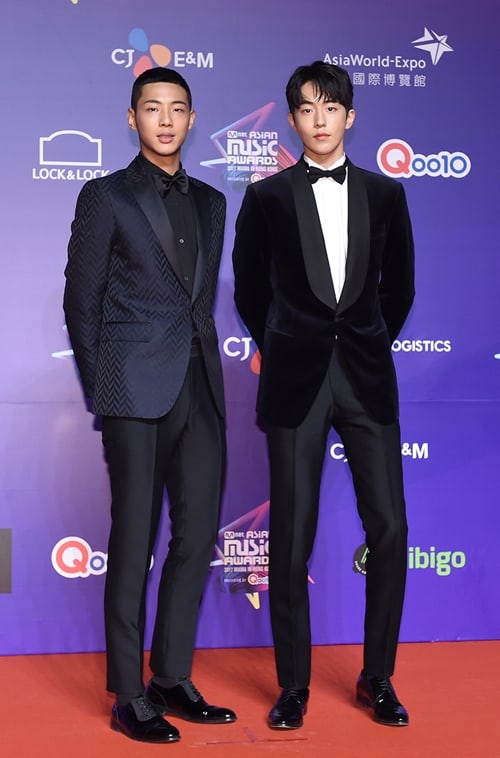 Who can choose which style looks better between heartthrobs Ji Soo and Nam Joo Hyuk? Both look equally handsome at 2017 MAMA in Hong Kong. 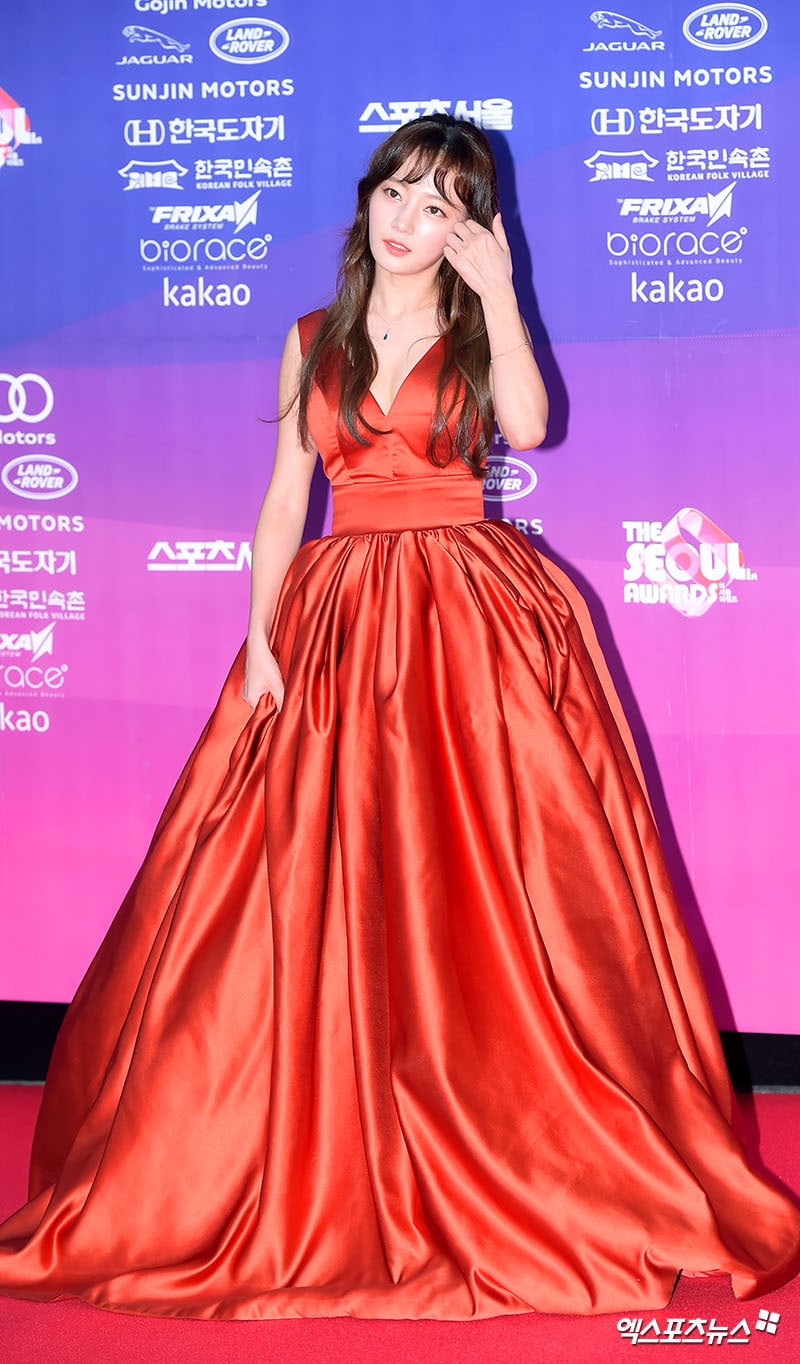 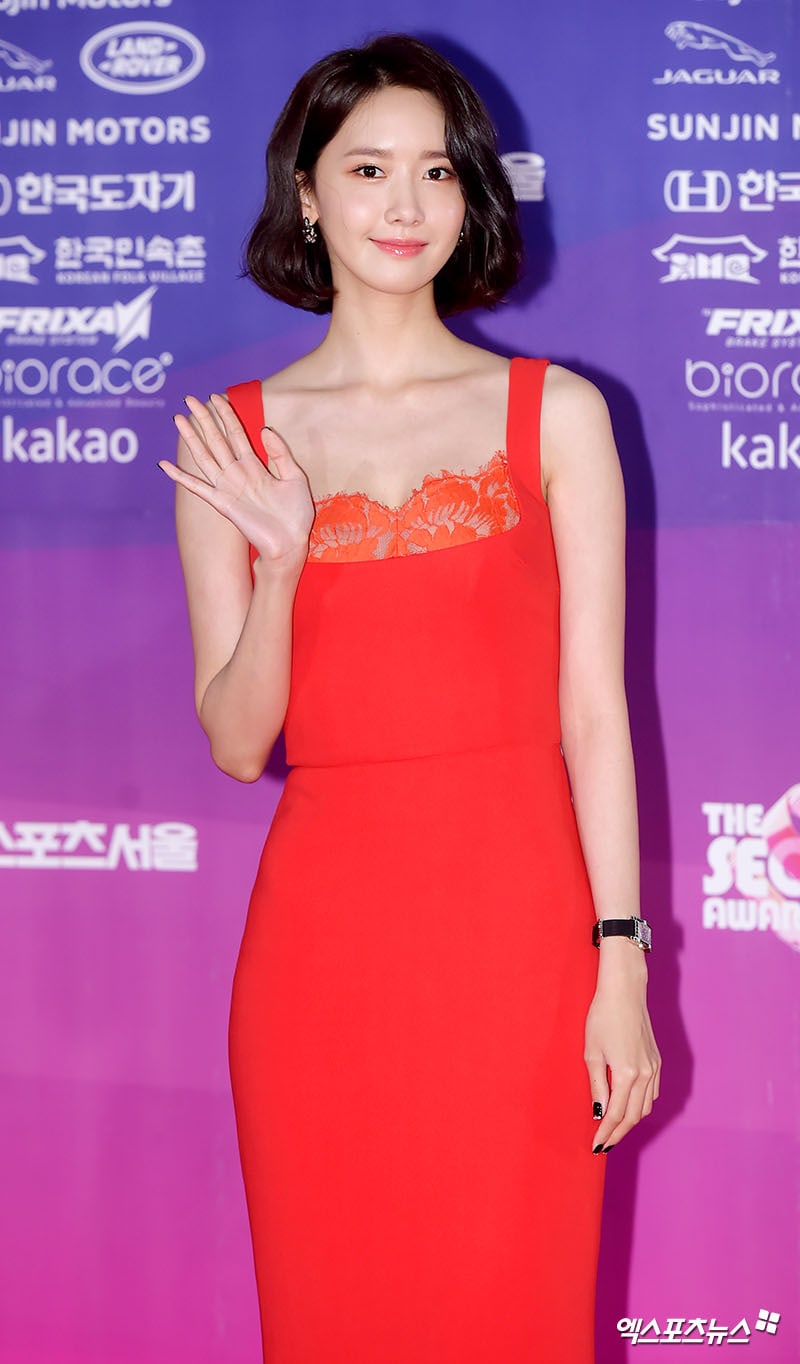 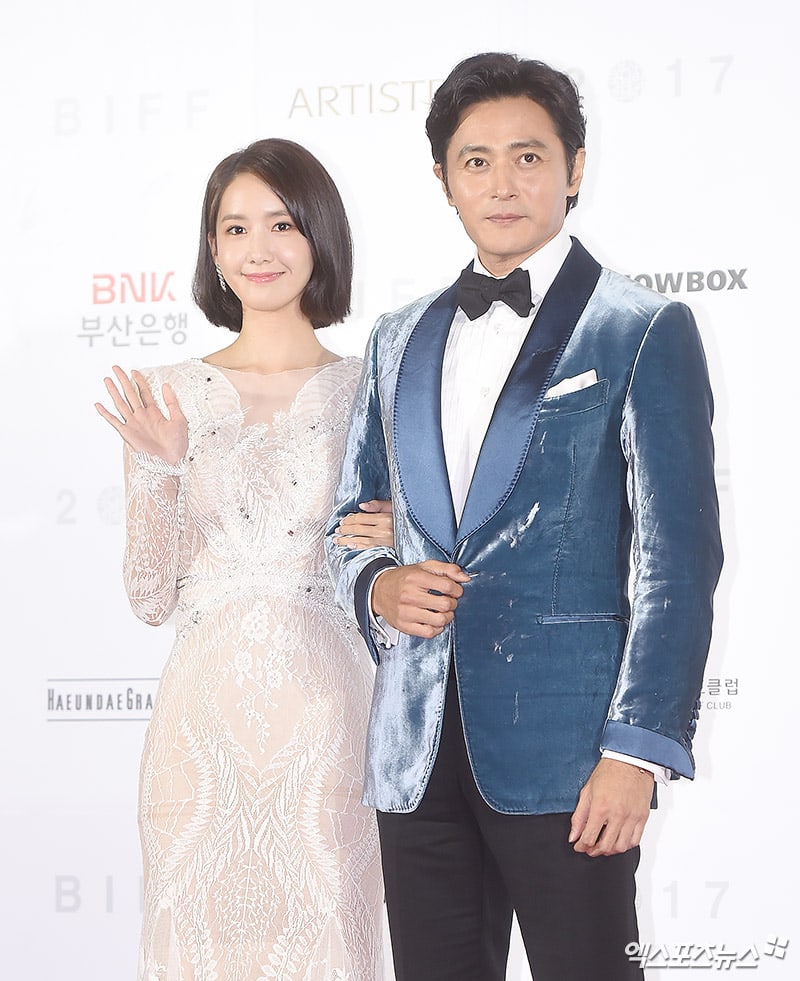 YoonA has definitely claimed 2017 as her year of amazing fashion as she consistently decked out in stunning looks one awards show after another. Her long red dress at the Seoul Awards finished off with a barely-there makeup and minimal accessories was beyond divine! 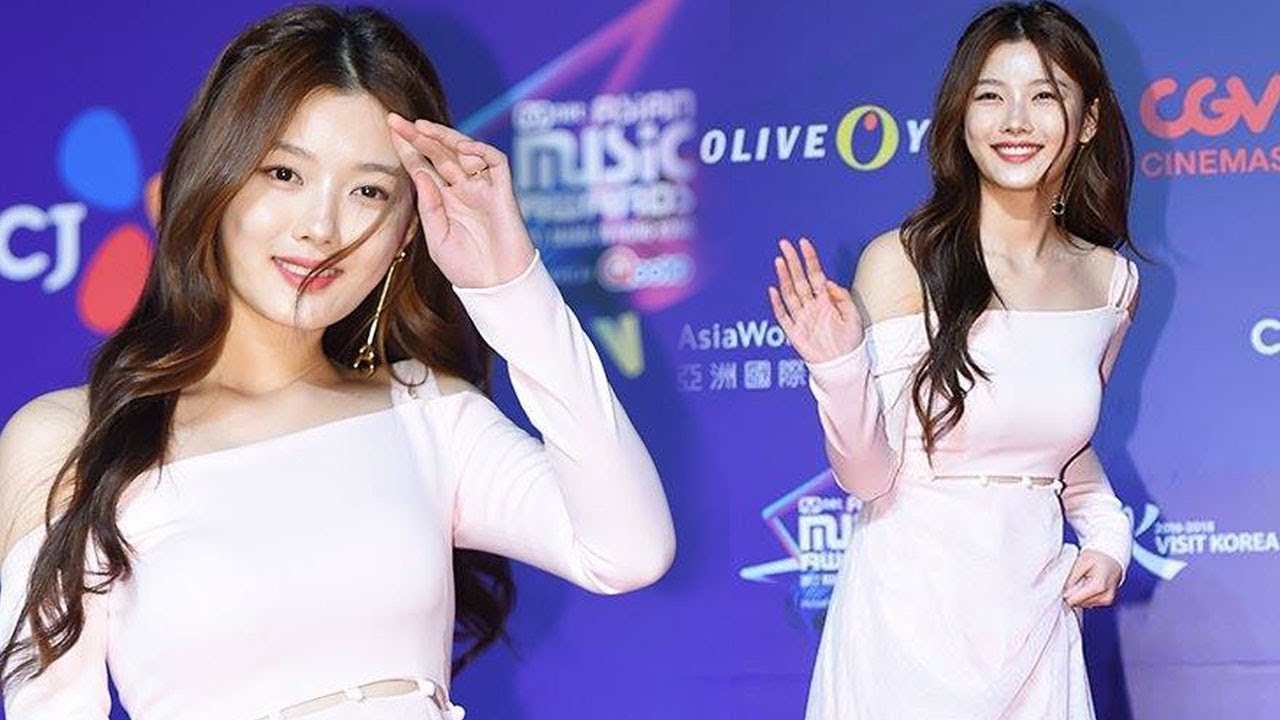 Here’s one star who proves that you don’t need an expensive haute couture gown to walk the red carpet: Kim Yoo Jung. Her nude dress at the Busan Film Festival came from the affordable brand H&M, and it immediately made the headlines. But then again, she could make even rags look expensive! At the MAMA Awards, she looked picture perfect and perpetually fresh as always in a light and youthful color, which she usually prefers. 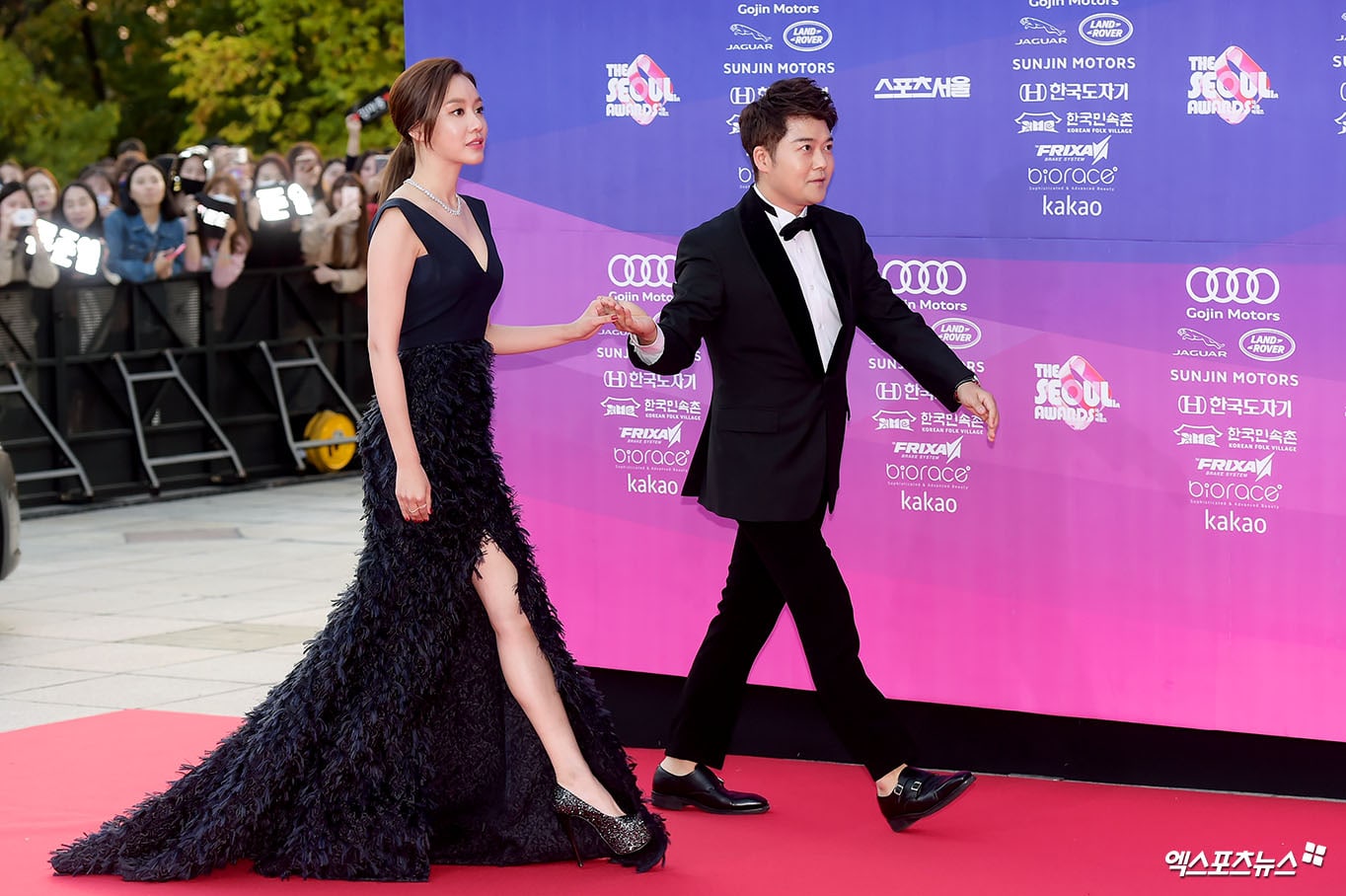 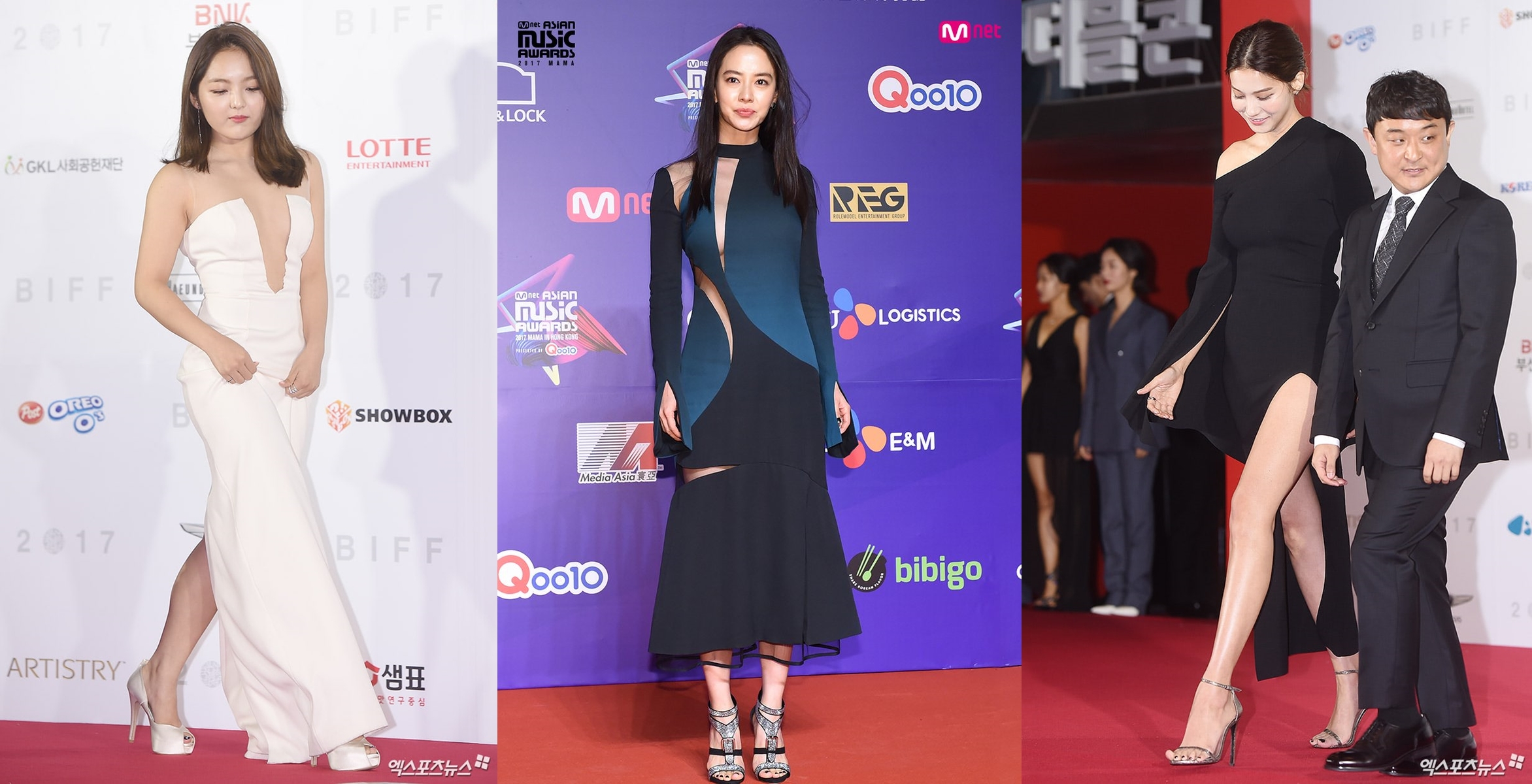 Some stars prove that a little show of sexiness goes a long way and that less is definitely more. Actresses Seo Shin Ae, Song Ji Hyo, and Yoo In Young showed off some skin while still being classy. 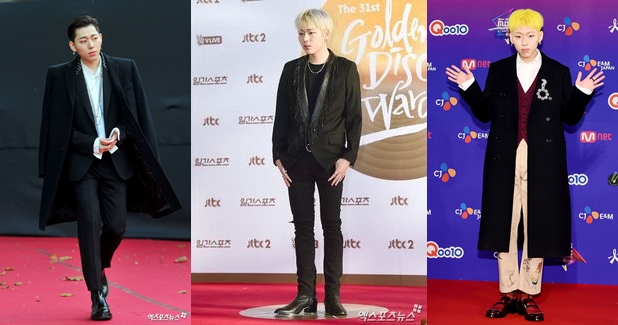 Zico has mastered the art of walking the red carpet in a combination of cool, confident, and groundbreaking style.

It’s amazing how each BLACKPINK member has their own individual style, but they still look cohesive as a group. Each outfit is extremely lovely on its own; but when worn next to each other, they redefine a luxe, modern girl group style. Their shoes and accessories are always to die for, too!

Red Velvet is an example of a group that wears similar styles, but each member’s beauty and bright personality shine through, making each outfit look really pretty and put-together.

BTS is another group that never ceases to amaze audiences at each red carpet affair. Their individual looks get more and more stylish each time, but they still look fashionably united as a group. Plus points for them too, as they always look bright, positive, and energetic no matter what event they attend. 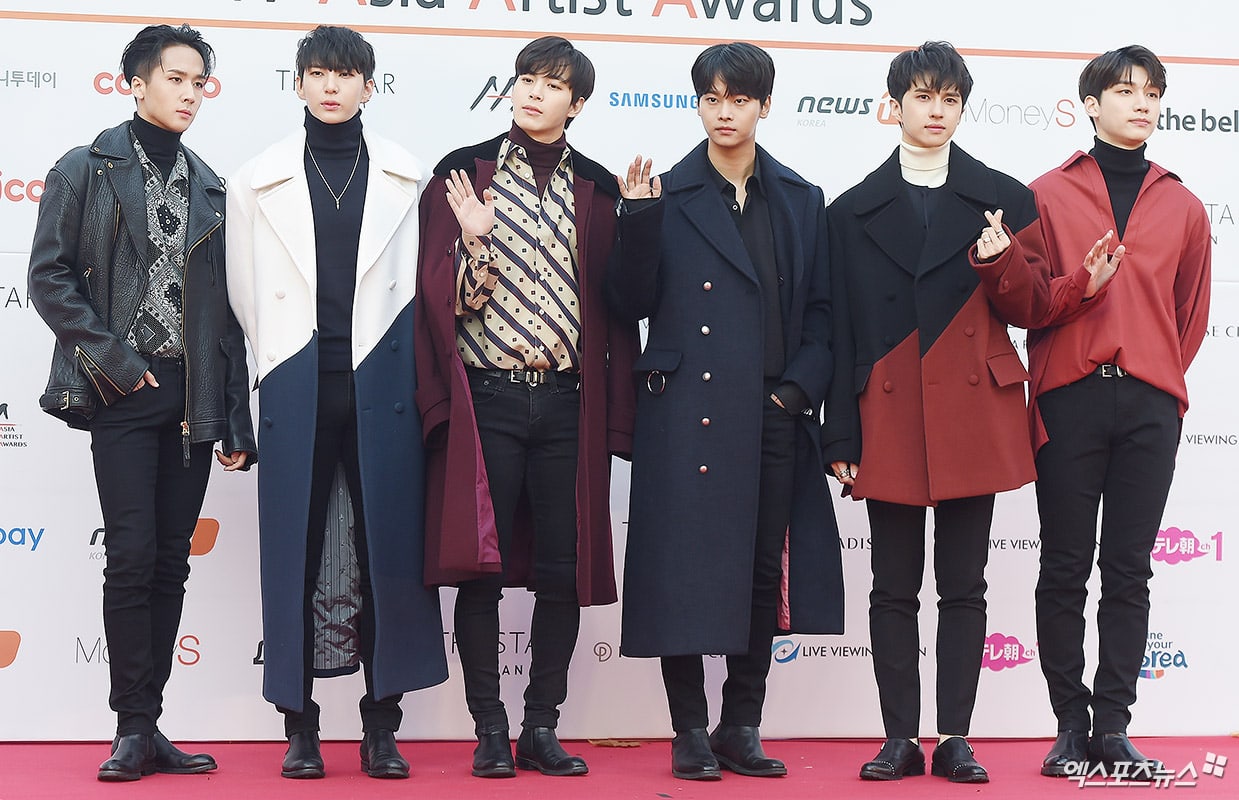 VIXX upped the ante in their level of style coordination in these looks for the Asia Artist Awards. The two-toned coats were something we’ve never seen before in a K-pop event. 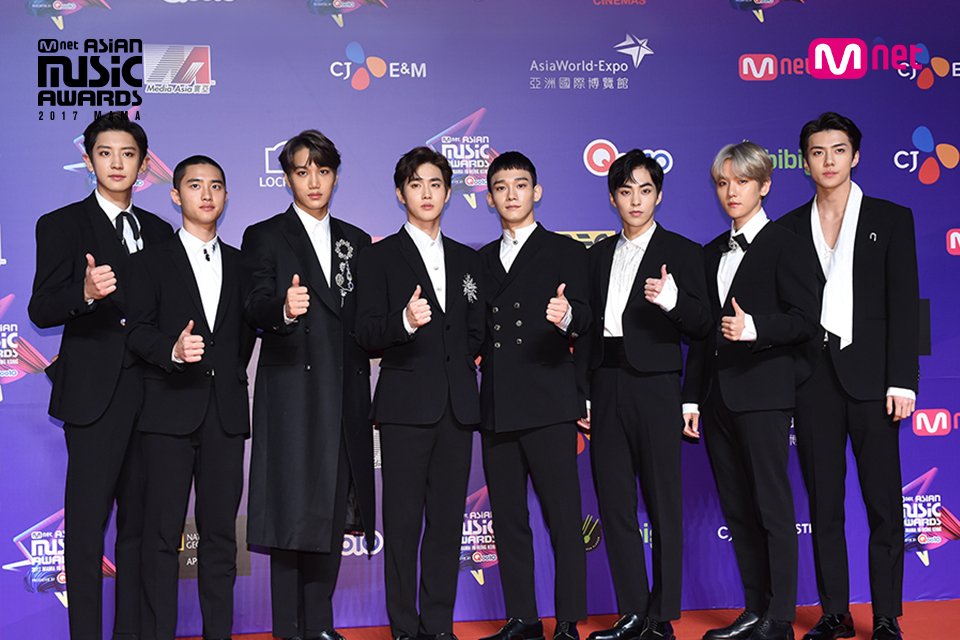 Just like their sister group Red Velvet, EXO adds that X Factor to their similar styles which make them look extra handsome while all suited up.

Model Han Hyun Min made waves this year as he was recognized by Time in their list of the Most Influential Teens of the year, inspiring many people and proving that age and race do not matter when it comes to achieving your dreams.

Hurricane Irene Kim has been a staple special guest on the front rows of fashion shows all over the world, and it seems like her influence never stops. She won in this year’s ELLE Style Awards as a top social media style icon and influencer.

Jessica also has had a great year with the release of her solo album, the rising success of her own brand, and growing connections with high end designers. 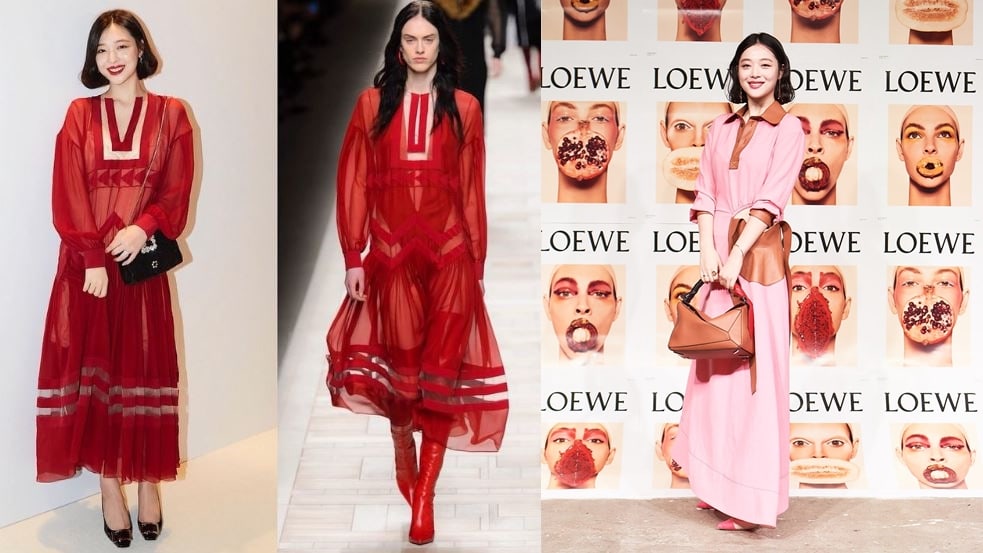 Every fashion event would not be complete without Sulli who looks great in any design. 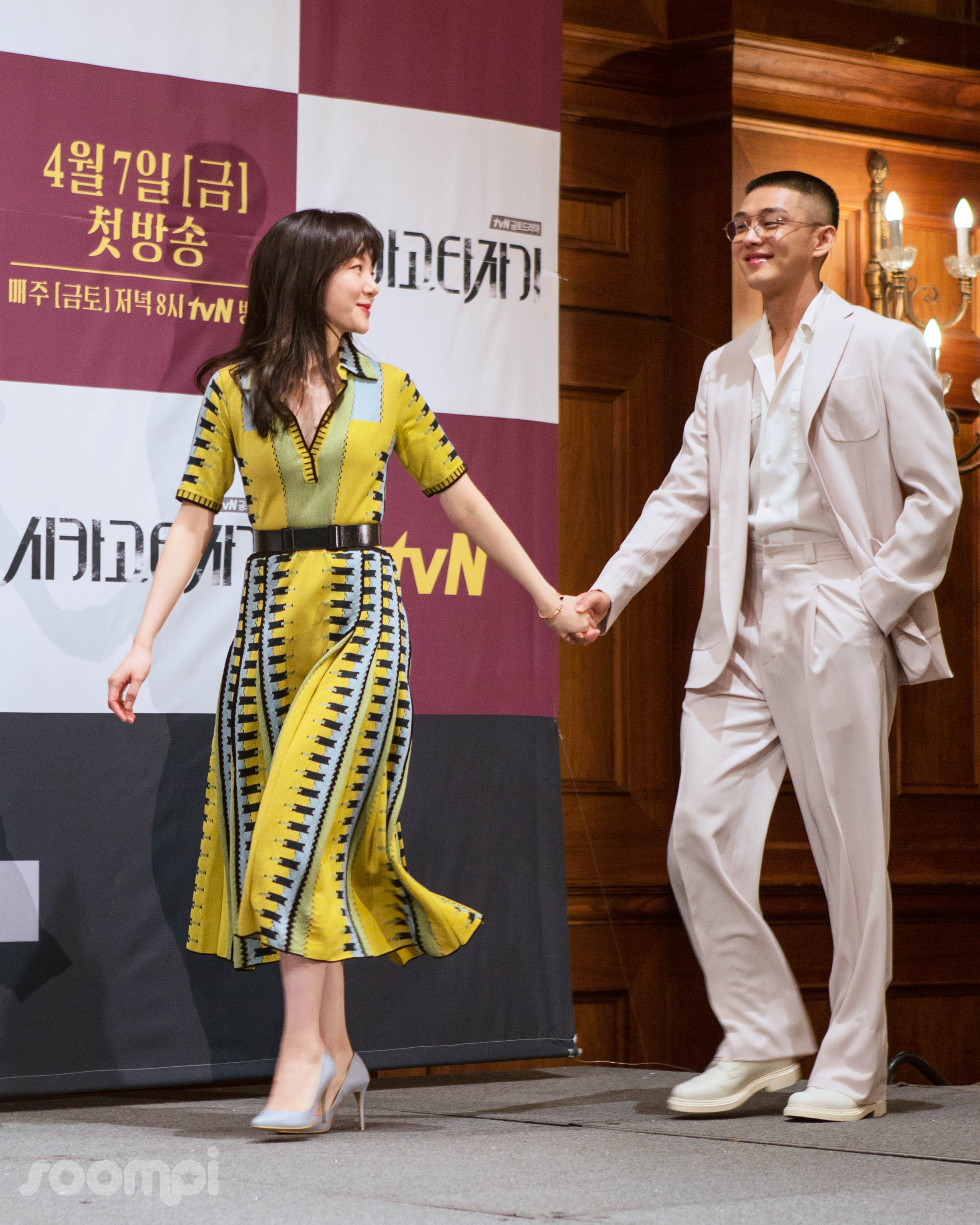 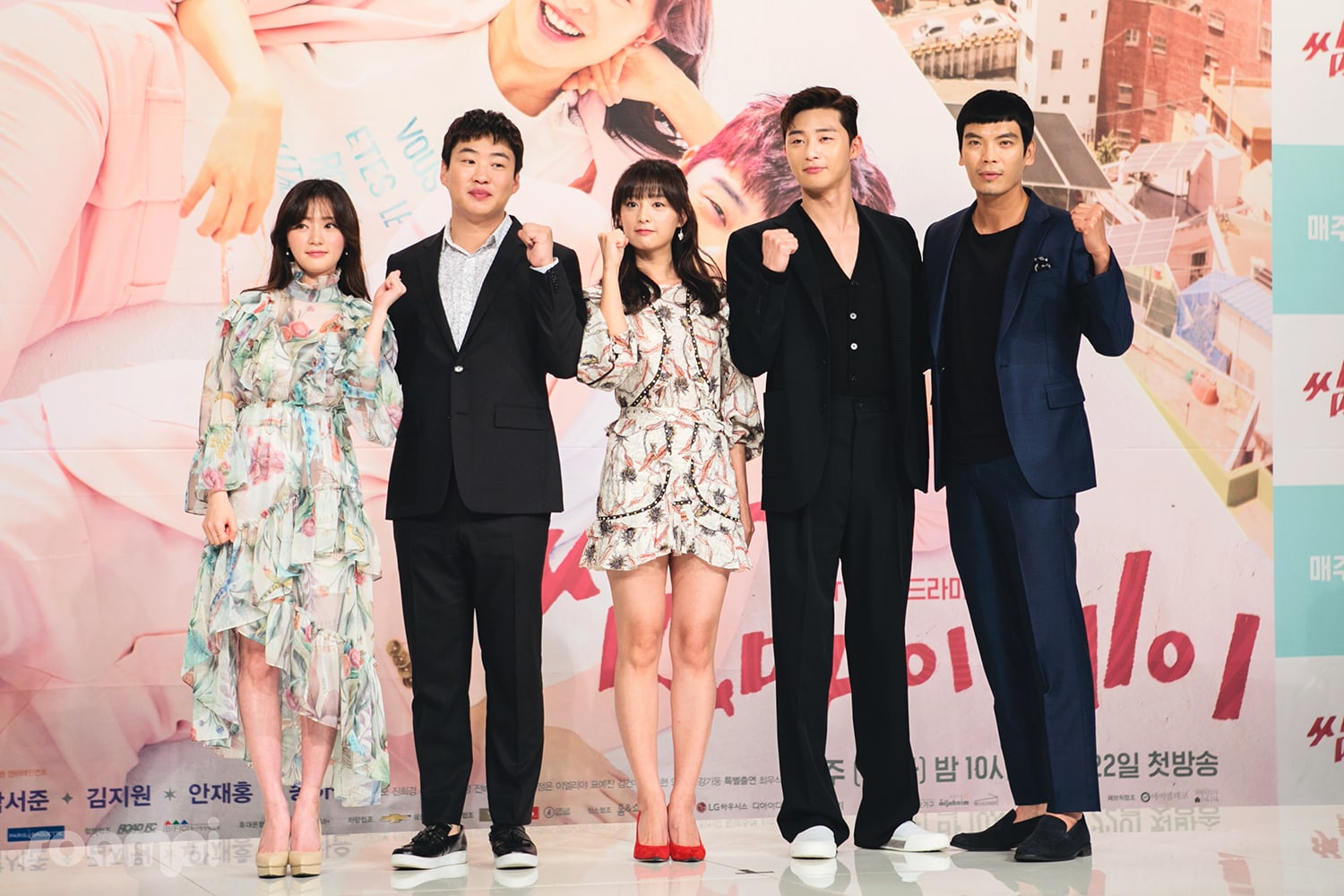 The girls of “Fight My Way” wore matching floral dresses while the guys dressed down their suits. 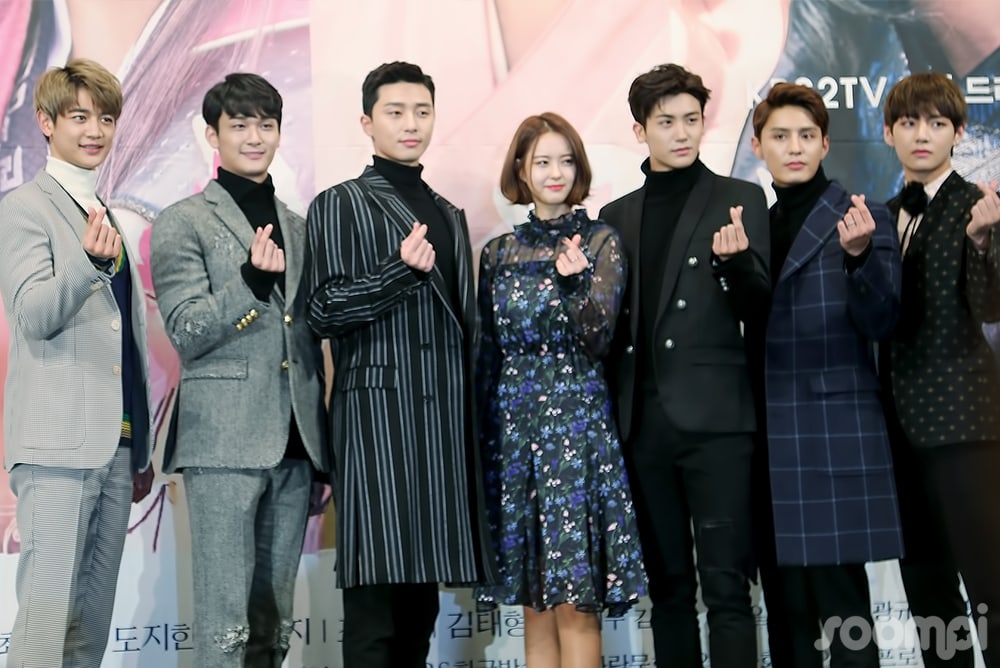 It was raining men at the “Hwarang” press con and everyone wanted to be in Go Ara’s shoes. 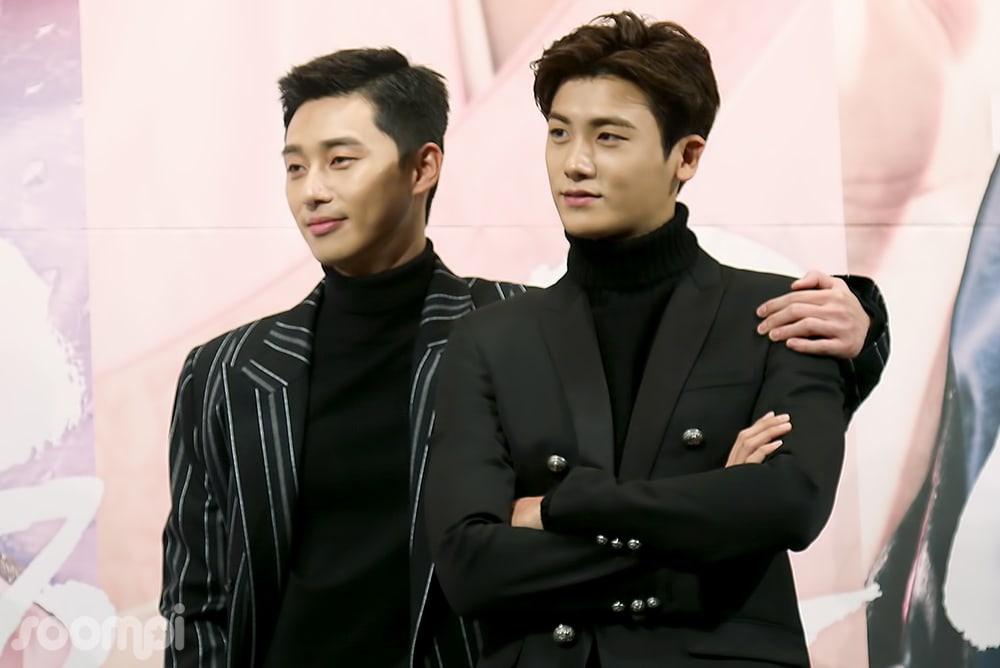 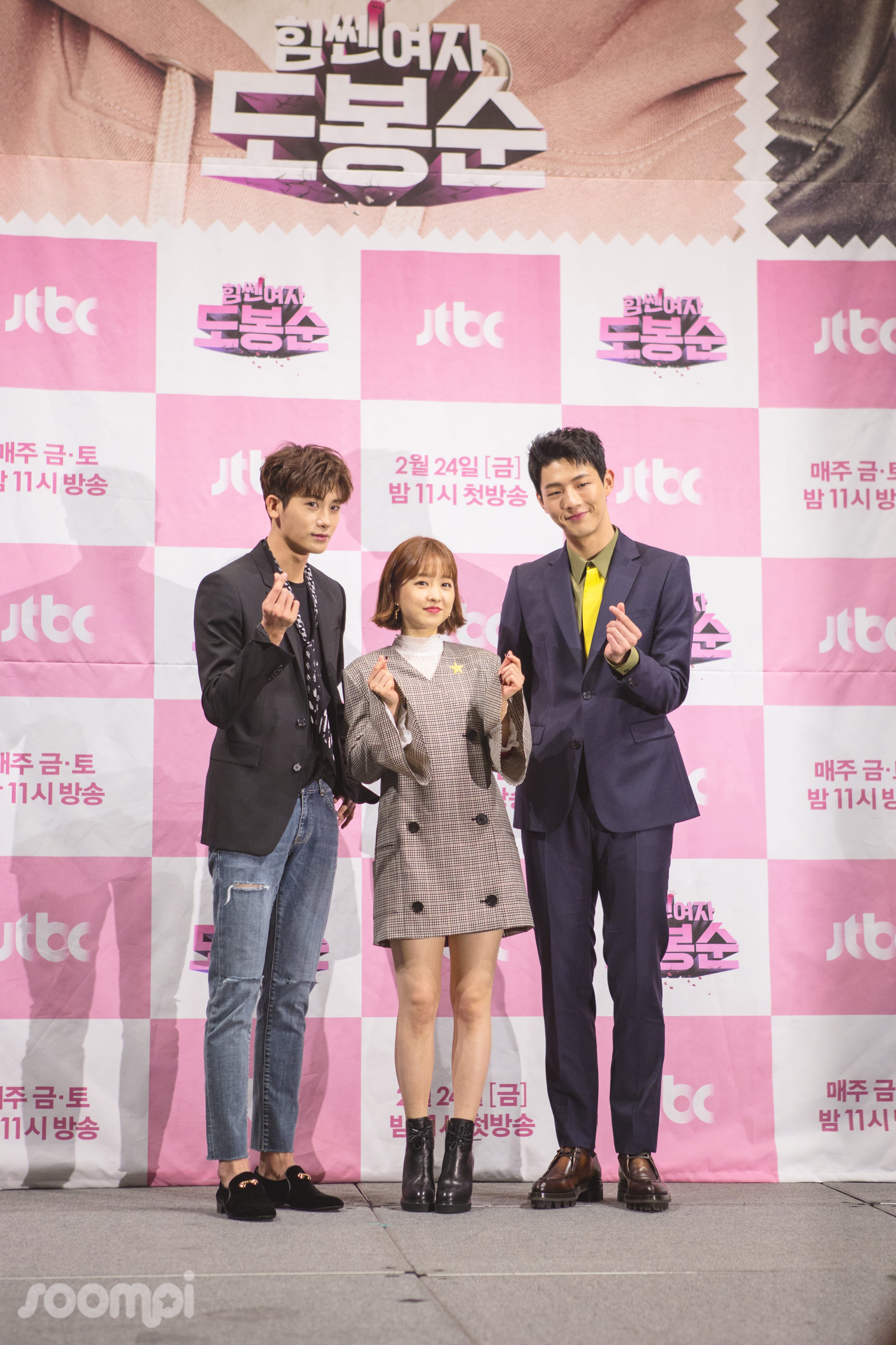 Hey Soompiers! Who do you think is 2017’s biggest style star? Let us know in the comments below!