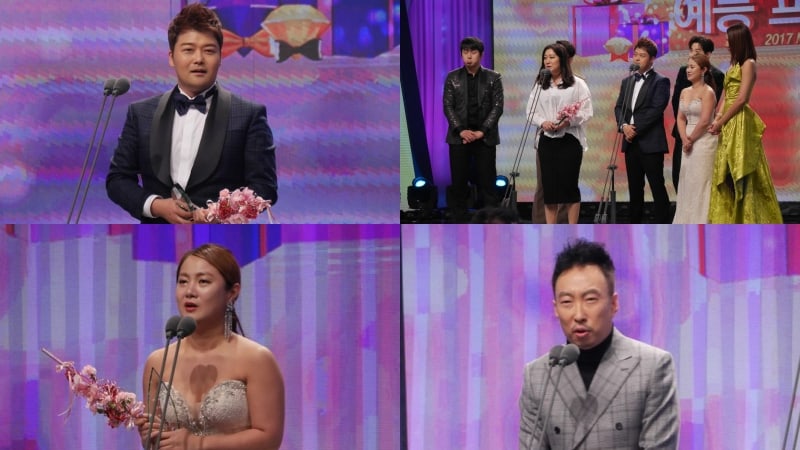 Winners Of The 2017 MBC Entertainment Awards

MBC’s top talent celebrated the network’s variety and entertainment stars and shows at the 2017 MBC Entertainment Awards on December 29!

Jun Hyun Moo took home the night’s biggest prize, the Grand Award, for his work in the variety show “I Live Alone.” This is the first time that an announcer who began his career at another network (KBS) has won the award.

During his acceptance speech, Jun Hyun Moo commented that because “I Live Alone” had won so many awards already that night, they hadn’t been expecting a Grand Award for a cast member too. “Everything feels like a dream and I can’t believe it,” he said, and thanked the “I Live Alone” cast members, producers, and his agency.

He added, “I hope MBC will walk the flower path once again this year. I hope that a warm spring breeze will also soon blow upon my hometown too.” This may be a comment about his hopes for a positive end to the KBS strike, after the strike at MBC recently ended following the dismissal of the network’s president. 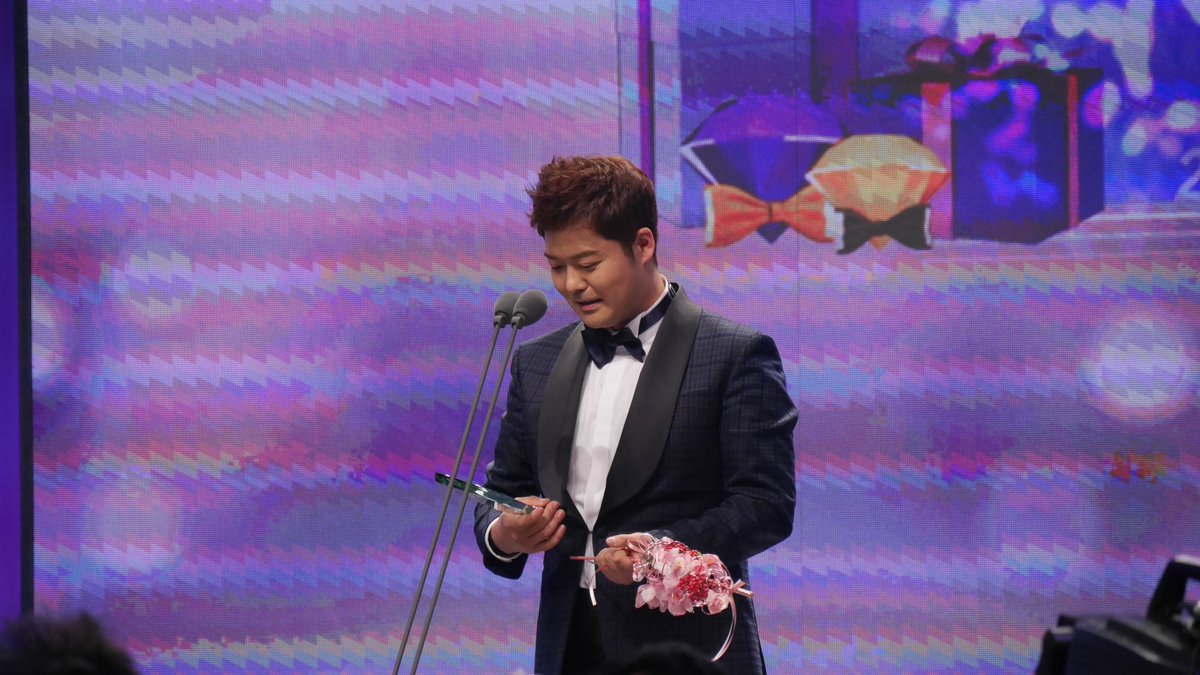 Congratulations to all the winners! You can watch the full awards show below: