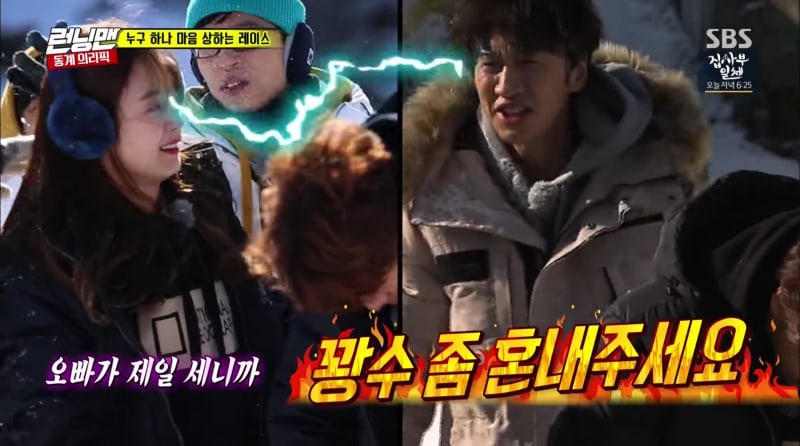 On the December 31 episode of SBS’s “Running Man,” the cast went to Pyeongchang to play winter games to show their support for the upcoming 2018 Winter Olympics.

At first glance, the snow-covered fields created a romantic atmosphere and made Lee Kwang Soo and Jun So Min look like a couple in love from a distance. However, up close, they were like actual real siblings throwing snowballs at each other.

Lee Kwang Soo surprised Jun So Min first with a snowball aimed at her face. When the snowball fight began to heat up and she was mostly on the receiving end of attacks, Jun So Min ran to Kim Jong Kook and asked him for help.

While Kim Jong Kook was commenting Lee Kwang Soo should stop, Jun So Min saw a chance and began to take revenge with her fists flying. However, Lee Kwang Soo caught her, threw her down onto the snow, and dragged her around.

Afterwards, he asked her if she was okay, to which she responded, “I’m not okay you little—” and cursed at him. The other members looked at them and said, “You two really shouldn’t date. You guys are not meant to be.” 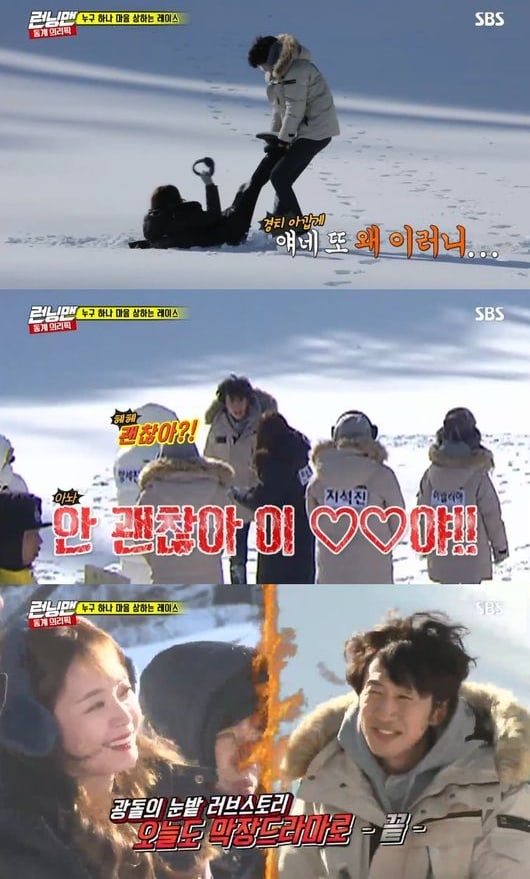 Meanwhile, Jun So Min and Lee Kwang Soo won the Best Couple Award at the 2017 SBS Entertainment Awards on December 30.