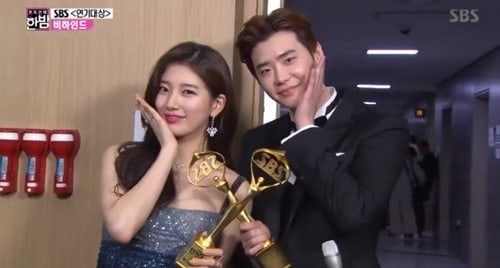 Lee Jong Suk and Suzy showed off couple chemistry in real life as they talked about winning the Best Couple Award at the 2017 SBS Drama Awards!

On January 2, SBS’s “Night of Real Entertainment” aired a behind-the-scenes video with “While You Were Sleeping” co-stars Lee Jong Suk and Suzy from the December 31 award show.

After receiving the award, Lee Jong Suk said in his acceptance speech, “I was in love during each and every moment as I filmed [the drama].”

During an interview behind the stage, Suzy said, “I think Jong Suk is a chemistry fairy.” In response, Lee Jong Suk made her laugh when he jokingly asked, “Have you been drinking?” 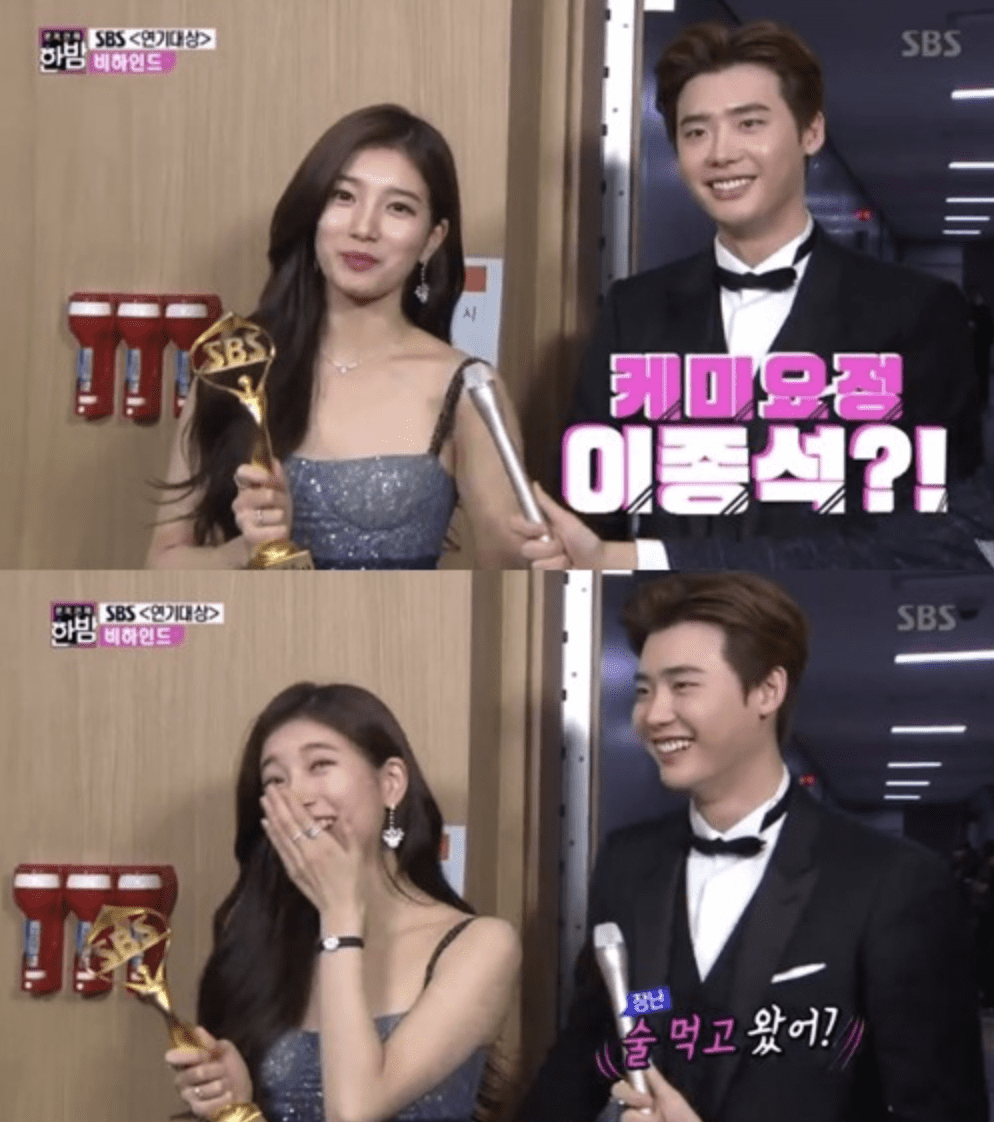 Watch Suzy and Lee Jong Suk’s hit drama “While You Were Sleeping” starting with the first episode below!