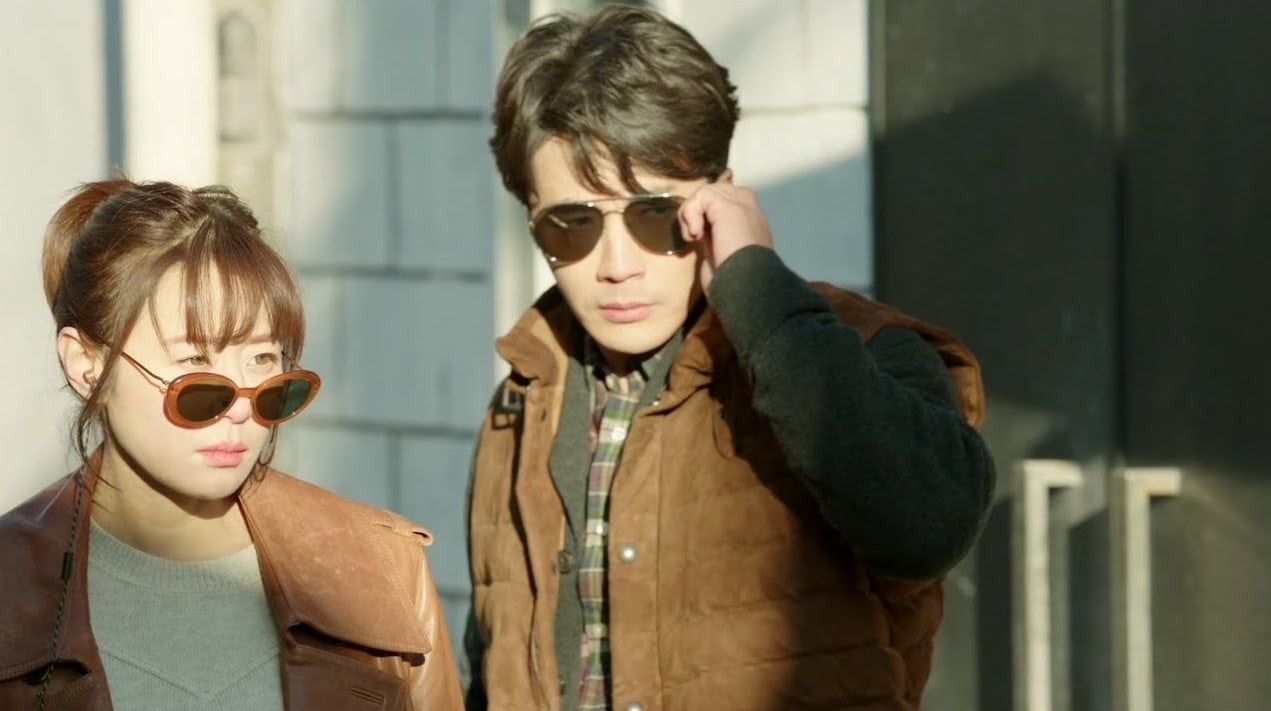 Following the confirmation of a second season of “Mystery Queen,” a funny teaser of the two lead characters was released recently.

“Mystery Queen” is a mystery-comedy drama that revolves around a woman named Yoo Seol Ok (played by Choi Kang Hee) who had always wanted to become a detective but had to put her dreams aside after getting married to a prosecutor. She eventually joins hands with a police detective named Ha Wan Seung (played by Kwon Sang Woo), and this unlikely duo teams up to solve crimes in the most unpredictable ways.

The new teaser starts with Choi Kang Hee and Kwon Sang Woo standing in the middle of an alley trying to look “cool” with their sunglasses and resolutely determined expressions. Then they start strutting down the street while dancing in a silly manner.

Suddenly, Kwon Sang Woo talks about a case through a walkie-talkie, catching the attention of his wannabe detective partner. Choi Kang Hee gets nosy and interrupts him, and he looks both confused and annoyed by her persistence to be part of his mission.

Just then, two police offers pass by with a criminal who smirks at Kwon Sang Woo and Choi Kang Hee. There is a sudden shift in the atmosphere as the scene changes to them lying on the floor with blood all over their faces in an eerie, dark room. The scene goes back to them in the alley where Kwon Sang Woo remarks, “There’s something fishy going on.”

The mood jumps from haunting to humorous once more as Kwon Sang Woo attempts to block Choi Kang Hee by getting a police officer to hang yellow warning tape in front of her. That doesn’t stop her from limboing under the tape and following him, though. Impressed, Kwon Sang Woo tells her, “You’re flexible.”

Watch the hilarious teaser below!

While you’re waiting for the second season, you can watch the first season at the link below!