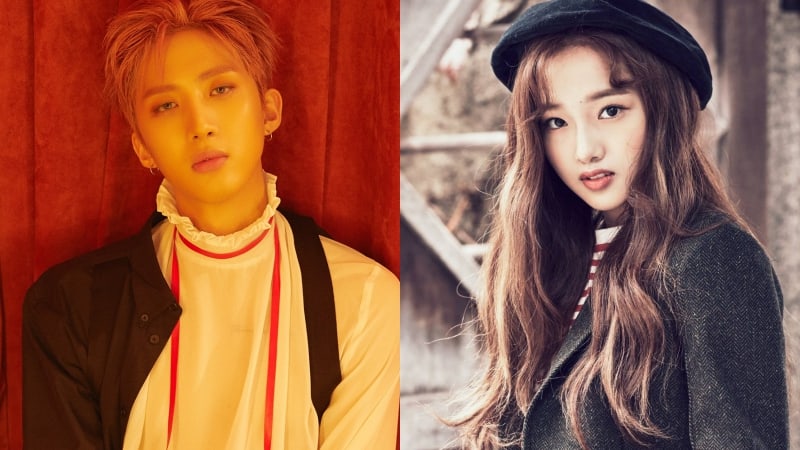 The showcase “Dream of Paradise” was also broadcasted on V Live. Hui attended the showcase as the co-producer of Kriesha Chu’s title track “Like Paradise” and shared stories behind the creation of the track.

Hui began, “This was the first time in my life that I wrote a song for a woman. I saw a clip of when she appeared on ‘K-Pop Star 6‘ and thought she was charming. I was given the opportunity, so how could I turn it down? I worked hard on it.” 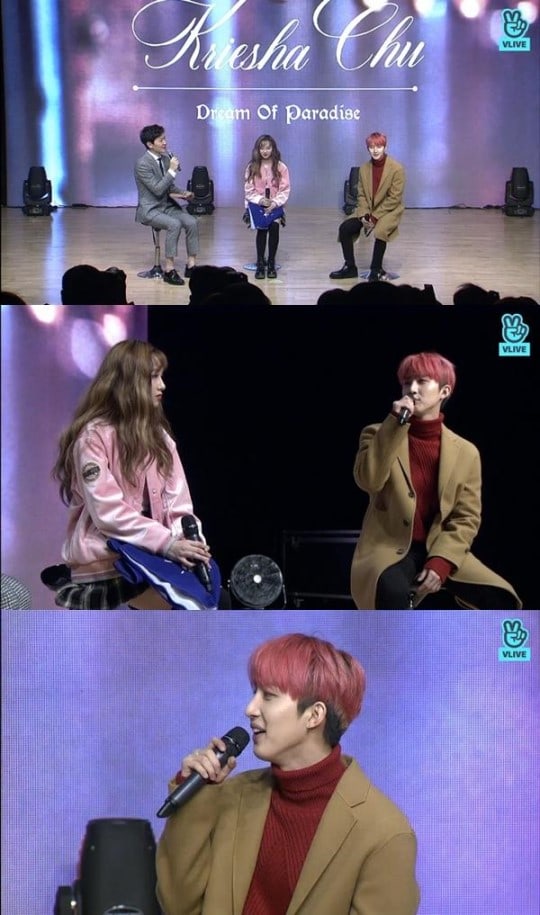 The PENTAGON member continued, “Kriesha Chu is really good at singing. I feel bad about this, but my songs are always difficult. I usually write difficult songs, but she did it as though it wasn’t a big deal. I thought that was cool.” He added, “I am 99 percent satisfied.”

He added, “When I saw Kriesha Chu’s clip, I got feelings of something twinkling, so I wanted to write a song like a star in the night sky. She’s good at singing, but also good at dancing. When I was young, I liked BoA, so I wanted to create that kind of feeling.”

“Like Paradise” was released on January 3. Check out the sweet MV here!

PENTAGON
Hui
Kriesha Chu
How does this article make you feel?