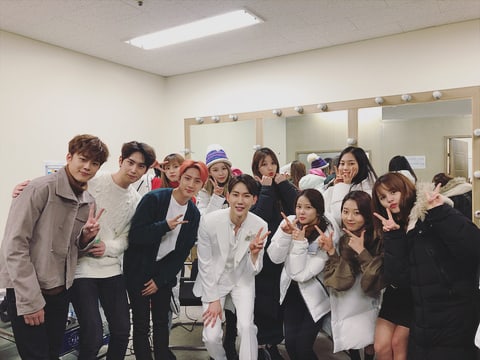 On January 10, Jo Kwon shared three photos from the set of his upcoming music video.

He wrote, “I was so surprised when Cube Entertainment juniors came to show support when I was filming the music video for ‘Lonely’ .. Thanks to them, I was able to gain strength and finish filming well.”