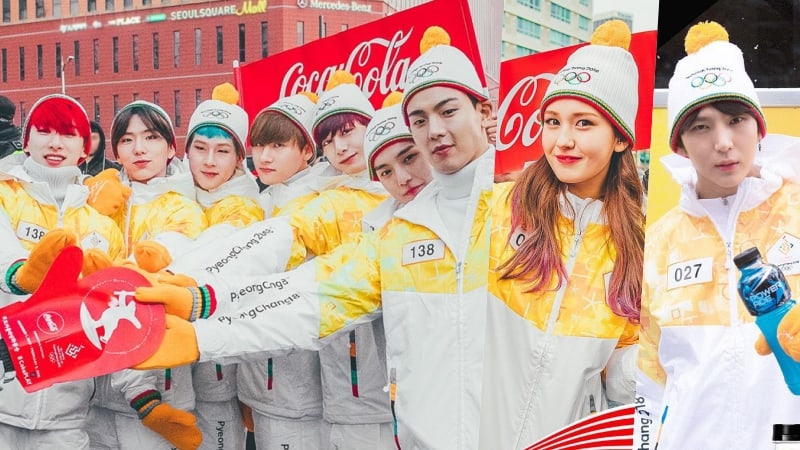 On January 13, the idols served as torchbearers on the first day of the Seoul leg of the Olympic torch relay. MONSTA X reportedly impressed the onlookers with their teamwork, with each of the seven members taking turns carrying the symbolic Olympic flame.

Meanwhile, Jeon Somi enlivened the relay by being her usual bubbly self. The former I.O.I member brightened her leg of the race by dancing and playfully posing for photos as she carried the Olympic torch.

VIXX member Leo was also all smiles as he ran as a torchbearer. The typically reserved idol participated enthusiastically in the relay, even going so far as to jokingly imitate speed skating at one point.

Leo later wrote on Instagram, “It was a moment that I will never be able to forget.”

2AM’s Jeong Jinwoon continued the relay the next day, on January 14. The singer provided a much-needed burst of energy in the cold winter morning, dancing and cheerfully interacting with the onlookers as he ran.

Are you excited for the 2018 Winter Olympics? Leave your thoughts below!